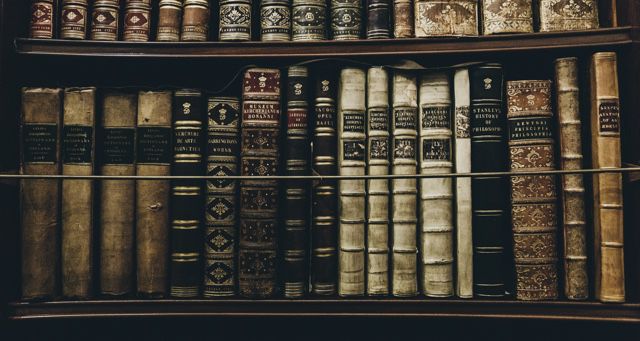 Critical Linking is a daily roundup of the most interesting bookish links from around the web, sponsored by Amazon Publishing and Don’t Look Down by Hilary Davidson.

“If you’ve ever purchased a used book or cracked open a library title, chances are you’ve seen something unexpectedly falling from inside its pages. Sometimes it’s a grocery list; other times it might be a bookmark or photograph. Others have been lucky enough to find something with a little more financial or historical value. Check out some of the more surprising things that have been tucked inside old volumes.”

*looks through old books for large sums of money*

“Murray respected Darwin and rarely confronted the naturalist directly. But even as he supervised the publication of Darwin’s books, he commissioned negative reviews of those same works and would go on to publish his own anonymous anti-evolution treatise. Occasionally, his concerns rose to the surface. After reading Darwin’s 1871 manuscript for The Descent of Man, and Selection in Relation to Sex—a book that dealt more directly with human evolution than Origin had—he warned Darwin that his book will make readers ‘prick up what little has been left of them of ears—& to elevate their eye brows.’ He also expressed concern that a discussion of animal procreation, perhaps too explicit for some readers, ought to be ‘toned down.'”

Thanks for keeping an open mind, sort of?

“Christie often used real life cases of murder as sources for her plots but on this occasion it was allegedly the other way round. There are certainly some uncomfortable parallels between The Pale Horse and the crimes committed by Graham Young. The novel was published in 1961, the year before Young began his poisoning activities, but at his trial in 1971 he denied having read it. It is doubtful that Christie, scientifically accurate though she was, could have taught him anything anyway, as Young had made his own extensive and detailed studies of all things toxic.”

Yeah… not what we mean when we say you should be inspired by literature!