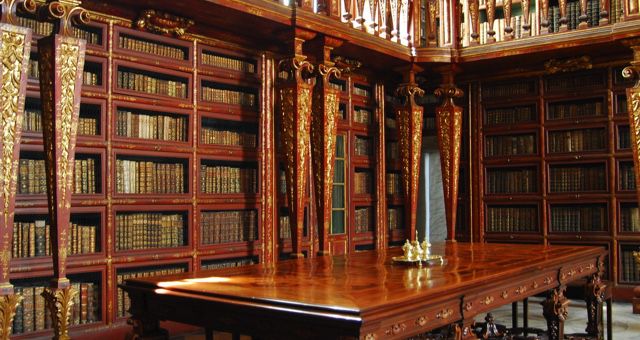 Margaret Rogerson is the author of the New York Times bestsellers An Enchantment of Ravens and Sorcery of Thorns. She has a bachelor’s degree in cultural anthropology from Miami University. When not reading or writing she enjoys sketching, gaming, making pudding, and watching more documentaries than is socially acceptable (according to some). She lives near Cincinnati, Ohio, beside a garden full of hummingbirds and roses. Visit her at MargaretRogerson.com or on Twitter @MarRogerson.

Libraries are at the forefront of my new book, Sorcery of Thorns, in which the Great Libraries of Austermeer contain dangerous magical grimoires that whisper on the shelves and rattle beneath iron chains. Sword-wielding librarians called wardens are charged with their care and keeping. The main character, Elisabeth, was orphaned on the steps of a Great Library and raised there among the books. She dreams of becoming a warden—a destiny that seems fated due to her special connection with the grimoires, which have personalities of their own and provided her with friendship and company during an otherwise lonely childhood. 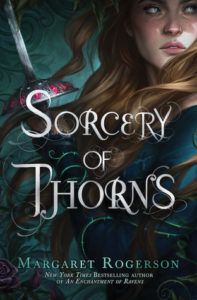 Much like Elisabeth, I spent a lot of time in a library growing up. I went through books so quickly that my parents took me there for a new stack of novels every week. Breathing in that musty, vanilla-like smell unique to libraries always feels like coming home to me. And I have no doubt that my local library changed my life forever. On a snow day during my sophomore year of high school, a librarian handed me Beauty by Robin McKinley, the book that went on to inspire my debut novel, An Enchantment of Ravens. In coming up with the idea for my second novel, I knew I wanted to write about a topic I felt truly passionate about, and books and libraries sprang instantly to mind. Sorcery of Thorns is a love letter to libraries, both real and fictional, and all the readers like me who found themselves in books. 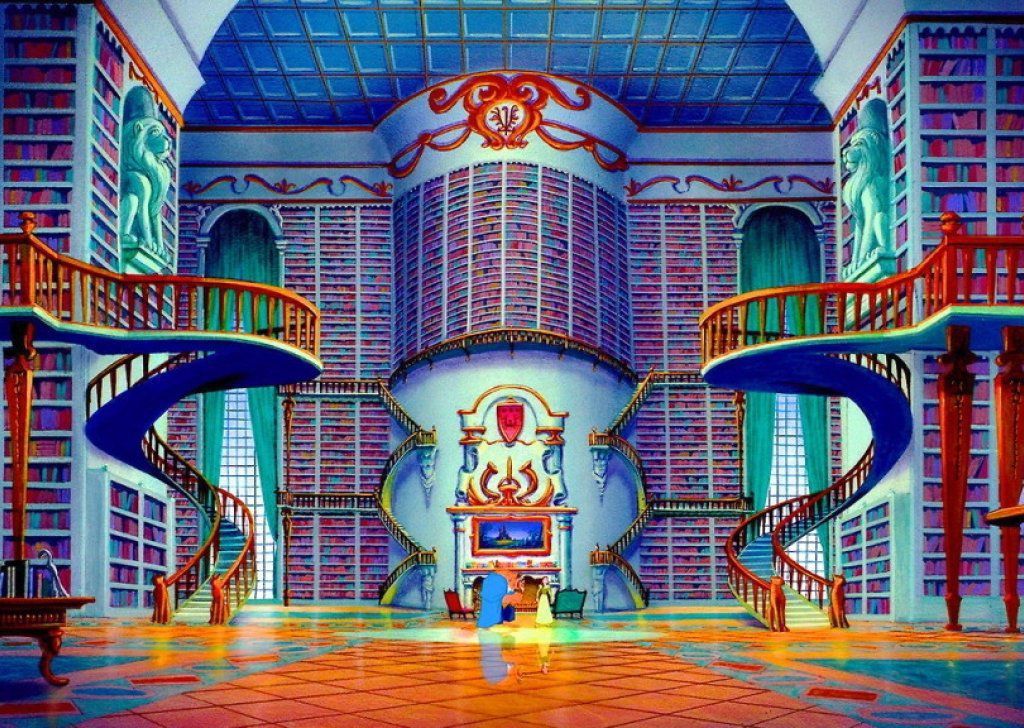 I know I’m not the only one who imprinted on the library in Beauty and the Beast at a young age. Who among us didn’t absolutely lose their mind when the Beast gave it to Belle as a gift? The balconies! The ladders! Enough books to retire permanently from society and spend the rest of our lives reading in front of a giant baroque fireplace! I think this scene altered me forever in two ways: 1) it gave me impossibly high dating standards, and 2) it lit the spark that ignited my lifelong love of fantasy libraries.

Unsurprisingly, a number of Beauty and the Beast–inspired elements found their way into Sorcery of Thorns. I couldn’t resist including a sumptuous magical manor house with a fantastical library-turned-study, or a love interest who broods there in isolation within the grip of a dark family curse. 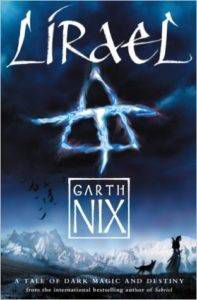 If I were forced to choose my absolute favorite library in any fantasy world, it would have to be the Clayr’s Library in Lirael by Garth Nix. This library is a less a standard library and more a repository of knowledge—it holds not only books, but also magical artifacts and collections of objects from around the globe. There are even monsters imprisoned deep within its Old Levels. Reading it as a teenager, I remember being obsessed with the detail that everyone who worked there had to carry a whistle and other precautionary equipment in case they found themselves in danger and needed to call for help. As if this weren’t fantastic enough, the library is built deep within a frozen glacier. Lirael was such a huge source of inspiration for Sorcery of Thorns that I included a white cat in the story as a reference to one of my favorite characters, Mogget. For anyone interested in books about magical libraries, this will always be my first recommendation.

I’m positive I had the same awestruck book nerd expression on my face as Samwell Tarly when he first entered the Citadel library in season 6 of Game of Thrones. This was long before I started writing Sorcery of Thorns, and the imagery left such a lasting impression on me that it was one of my first sources of visual inspiration when I began creating Austermeer’s Great Libraries. I wanted to capture a similar sense of scope and grandeur, almost like a cross between a library and a cathedral. I love how the Citadel library uses mirrors and lenses to refocus light from its high clerestory windows instead of endangering its flammable books with candles. This design influence ended up expressing itself the most in the Royal Library, the largest and grandest of the Great Libraries, whose giant stained glass ceiling resembles the night sky. And the books are similarly chained—albeit for completely different reasons.

I can’t write about magical libraries without including the dearest place to my heart, Hogwarts. Though most of the books here are inanimate, the ones that have a life and will of their own left the biggest impression on me—the tome that screams at Harry in the restricted section, The Monster Book of Monsters, even Tom Riddle’s sinister diary. A part of me always wished that we could have seen more of those types of books in the series, or that we could have visited a massive wizarding library outside of Hogwarts. I wrote Sorcery of Thorns as a love letter to all of the fictional libraries on this list, but the Harry Potter series most of all. Without it, I’m not sure I ever would have come up with the Great Libraries’ sentient sorcerous grimoires that whisper and spit ink, that sing on moonlit nights and rattle beneath iron chains.

How about a real-life library unusual enough to belong in a fantasy world? The magnificent Biblioteca Joanina in Portugal is an 18th century baroque library with a secret lurking behind its gilded shelves: creatures that have dwelled there for centuries, and that the librarians even claim they can hear chittering to each other on overcast days. What are these secretive residents? Bats. Even stranger—they live there with permission. The bats have a symbiotic relationship with the library, emerging from behind the shelves every night at dusk to feast on insects that might otherwise harm the priceless, vulnerable books. When I first heard about this, it almost seemed stranger than fiction. It got me thinking about what kinds of pests might exist in magical libraries, and ultimately led me to one of my favorite creations, the booklice that grow to enormous sizes and near invincibility after gorging themselves on enchanted parchment.