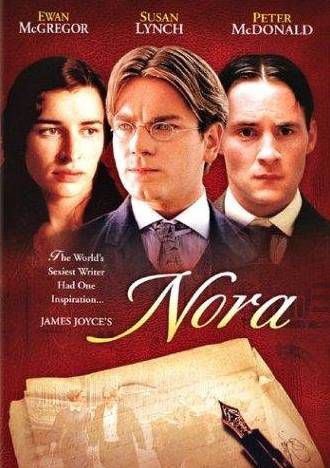 The other night I slammed the brakes on a film—something I rarely do, but this one managed to be both florid and boring, like a PT Cruiser. It was Nora, a biopic of James Joyce. Even Ewan McGregor couldn’t save it, and he’s got plenty of lit-flicks to his name, from Pillow Book to Miss Potter.

Filming a writer’s working life is admittedly a tall order. Some famous writers may have throbbingly dramatic personal lives (when are we going to get Norman Mailer stabbing his wife?), but the work itself, what makes them great, is hardly cinematic. Scribbling with a pen, tapping at a keyboard, scratching things out, hitting a backspace key, hour after day after year… not exactly a feast for the peepers.

We’ve been debating whether or not books are particularly good fodder for film adaptations. But I also wonder whether great movies can be made about writing itself, one peculiarly mental art form translated to a visual medium. And not just a protagonist who’s a writer (cue the shaggily endearing crank à la Wonder Boys), but showing an author at work, conveying the euphoria of a good writing day or the frustration and sweaty palms of writer’s block.

Below are a few contenders. How about you? What would you recommend?

The Diving Bell and the Butterfly

Based on Jean-Dominique Bauby’s memoir, this depicts one of the toughest writing conditions imaginable. Bauby (played by Mathieu Amalric) suffers a stroke that leaves him “locked in” and only able to communicate by blinking his left eyelid. He and his nurses develop a method of writing, where every single letter feels like a triumph.

A juicy moral dilemma about a true-crime book, jailhouse interviews, manipulation, and ambition… For all the cold-blooded murder, one of the most chilling moments is when Capote (Philip Seymour Hoffman) says to killer Perry Smith, “there is not a word or a sentence or a concept that you can illuminate for me. There is one singular reason I keep coming here.”

Was there ever a more stifling, clammy, skin-crawlingly awful room in which to get writer’s block? Extra points for John Turturro’s bug-eyed expression, mixing fear and pride, when he says “I’m a writer!”

Mrs. Parker and the Vicious Circle

Beyond the elbow-throwing at the Round Table, there are some great scenes of Dorothy Parker (Jennifer Jason Leigh) at the New Yorker offices, as when she wears a sign around her neck showing her weekly salary, since no one was allowed to speak about their paychecks. Better yet are her confrontations with the typewriter, banging out “please god, let me write like a man.”

You’ve gotta give the Marquis de Sade (played by Geoffrey Rush) credit: Though locked in an insane asylum, he smuggles out manuscripts, writes on clothing in blood, and even daubs words on the walls of his cell with his own poo.