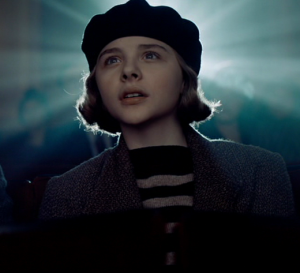 It’s a truth generally acknowledged that the book is always better than the movie or the TV series. But what makes books better? In some cases, the answer is better-realized, independent, and just generally more awesome female characters.

Hollywood is not known for its gender equality- perhaps one of the reasons why it’s difficult to find portrayals of boss female characters. According to a study by the New York Film Academy, only nine percent of movies made in 2012 were directed by women. In other roles—writers, executive producers, and so on—the numbers hover between 15 and 25 percent, with only two percent of all cinematographers being women.

Whether Hollywood gender inequality is due to the lack of female representation behind the screen or it’s part of a more systemic cultural attitude–or a combination thereof–female characters in TV shows and movies tend to be watered down and diluted from their book versions. The woman who could kick ass and take names in the novel is suddenly out of the picture, or just shows up to support the main male character and look pretty. There’s often more to the story, especially if that story was originally a book.

If you’re only familiar with the movie or TV incarnations of these female characters, do yourself a favor and check out the books to know exactly how awesome they really are: 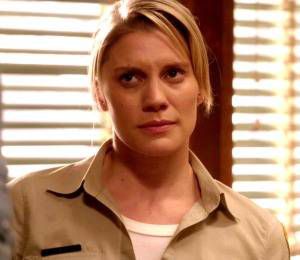 Vic from the Longmire series—Katee Sackhoff nailed Victoria Moretti’s tough and sarcastic personality in the recently canceled-then-saved series, but trust me when I say Vic in the books is way more awesome. Instead of whining about how her relationship with her husband is falling apart, she just divorces him without fanfare and moves on. Book Vic don’t have time for his drama. Also, how can you not love a character who answers the phone like Dorothy Parker? She’s like Dorothy Parker with a badge and a gun! 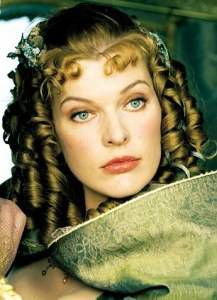 Milady de Winter from The Three Musketeers—Milady de Winter is probably one of the greatest literary villains of all time. 1. She gets things done. 2. She’s smarter than any man in the room, and she knows it. 3. She’s just trying to survive, man. Milady de Winter is the type of woman who’s been handed a raw deal, knows it, and does a pretty damn good job of turning it around to her advantage. No movie or TV adaptation has yet captured Milady de Winter’s more sympathetic aspects, focusing instead on her status as a femme fatale. And while her sexual aggressiveness is awesome, it’s hardly the most interesting thing about her. 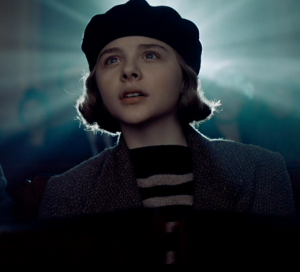 Isabelle from The Invention of Hugo Cabret—In the book by Brian Selznick, Isabelle is a tough, smart, take-charge little girl who plays a major role in the story of the title character, Hugo, and saves him from the station inspector. In the movie adaption, Hugo, directed by Martin Scorsese, Isabelle is completely marginalized and reduced to a giggling, pretty object who can at best be described as plucky. This is one of the more egregious examples of Hollywood kicking a girl character to the curb in recent years. Although it’s Martin Scorsese, so. I know. What did I expect, right?

Bella Swan from Twilight—I know, I know. Bella Swan has become the poster child for modern anti-feminism, and I definitely agree that the movie version of her character reinforces that. Not only does Kristen Stewart’s wooden performance not do the character any favors, the movies frame Bella and her story in such a way that she seems almost completely passive, an observer in her own life. In the books, while definitely not a “kick-ass female character,” Bella is much more proactive. She stands up for what she believes in, knows what she wants and fights for it, and against all the odds gets it. That’s a pretty powerful message, one I don’t think comes across in the movies at all. 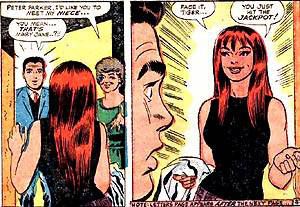 “Mjface” by Apparent scan made by the original uploader User:DrBat.. Licensed under Fair use via Wikipedia

Mary Jane Watson from Spiderman—When MJ was originally introduced to the Marvel Universe in the ’60s, she was a curvaceous, confident, independent, sexually aggressive redhead who came on to Peter Parker like whoa. But she didn’t moon over him—she had her own stuff going on. Of course, that might have had something to do with the fact that she wasn’t originally intended to be Peter’s true love, but it’s also what MADE her Peter’s true love (did I just blow your mind?). Nowadays, MJ and Peter Parker are an iconic couple, and we already know they belong together. So why give Mary Jane her own storyline, I guess. MJ has become the sweet girl next door, stubbornly oblivious to Peter’s attraction to her even though her only purpose in the story is to torture him. I’d rather have the original MJ.

Any other female characters you think are way more awesome in their books? Share ’em in the comments!