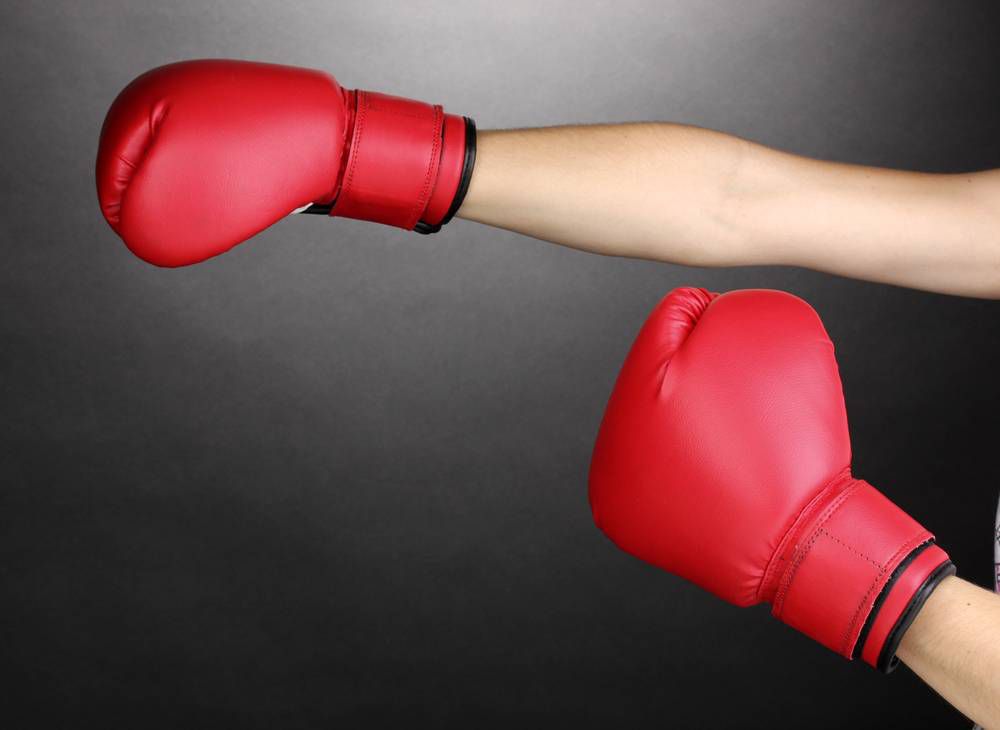 (A couple of you may remember I have written on this topic elsewhere, but this is a newly written and updated post. It is fresh to death.)

Probably it’s not healthy for me to be making lists of imaginary people towards whom I would commit uncharacteristic violence. Whoops.

1. Jack Torrance from The Shining (and also I’d beat his dad with a cane, he deserves it)

Book Deals Newsletter
Sign up for our Book Deals newsletter and get up to 80% off books you actually want to read.
Thank you for signing up! Keep an eye on your inbox.
By signing up you agree to our terms of use
[spoilers for Doctor Sleep ahead]

Despite some effort to make Jack sympathetic (and what I believe is a false notion that Jack is an Everyman–I mean. Everyman does not get wasted and break his kid’s arm or get fired for beating up a student), I’ve never warmed to him. He has a smug, entitled thing going on even in the early parts of The Shining that puts my hackles right up. The last straw for me, though, was finding out in Doctor Sleep that he was running around on Wendy in addition to all of that other selfish bullshit he was doing. Really, guy? You weren’t enough of a plague on your family’s life that you had to be going and making other families on the side? Luckily for Danny, it turned out great in the end, but it doesn’t absolve Jack of his shittiness.

2. Nurse Ratched from One Flew Over the Cuckoo’s Nest 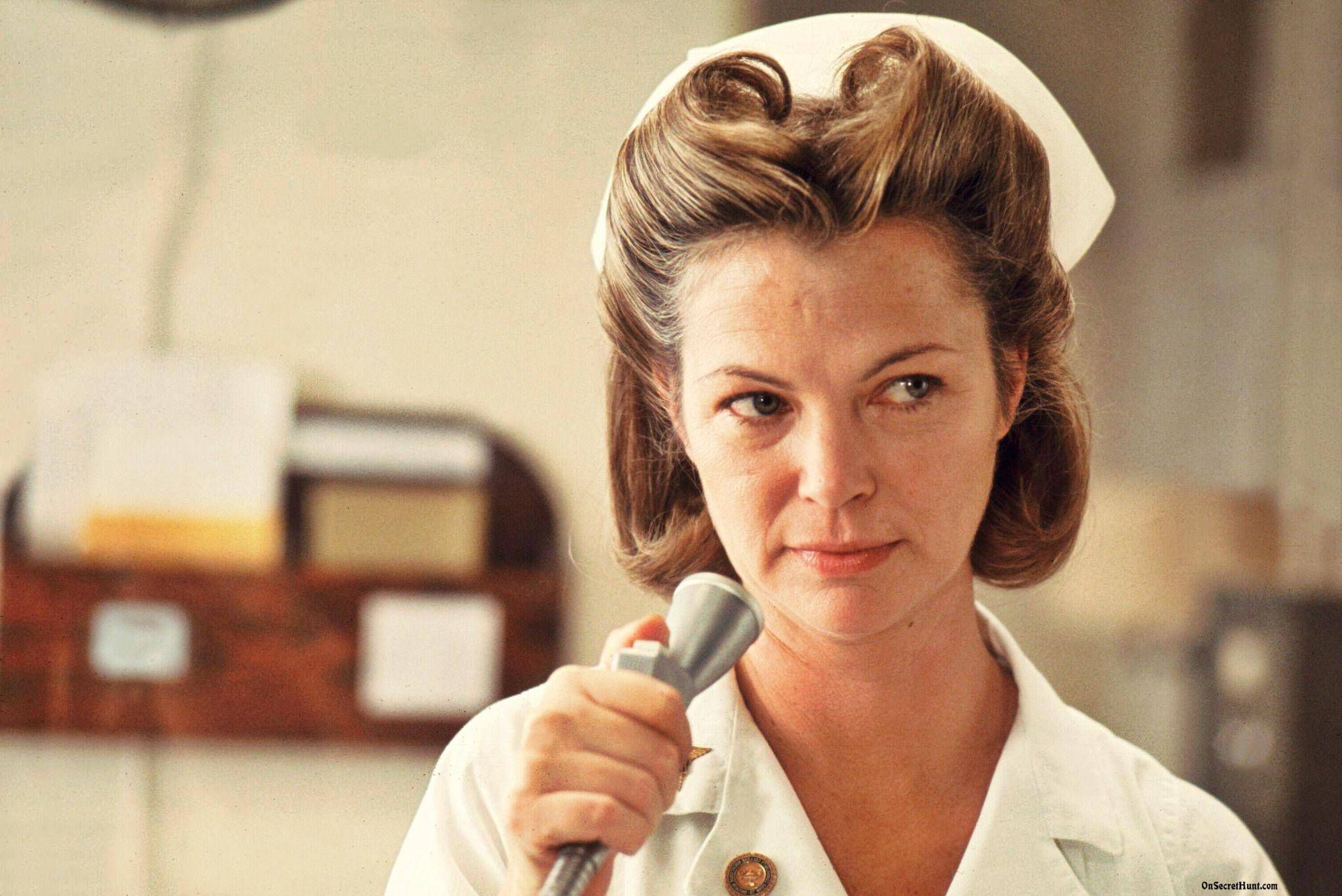 It’s damned scary how attractive a position like head nurse could be to a sadist like Nurse Ratched. The thought of being on her ward makes me want to pee a little. She deserves at least a solid fist to the face for what she did to Billy, the man who committed suicide because she threatened to tell his mother that he had sex. Her need to have absolute control over the men in the ward overshadowed any sense of decency or morality; she pushed with every weapon in her arsenal to maintain control, and it cost lives and sanity. Also, she ruined that hairstyle for everyone.

3. The Trunchbull from Matilda 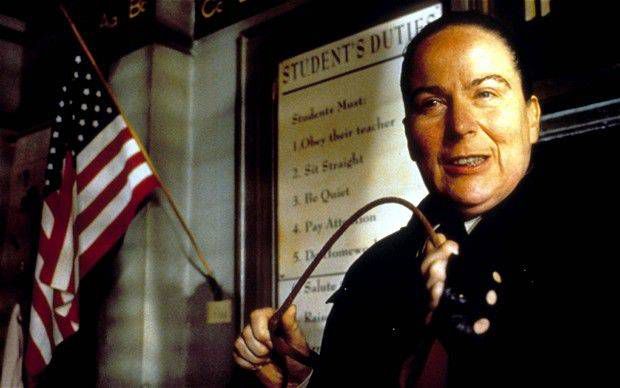 I cannot abide a bully who picks on children. Cannot. It’s easy to underestimate the heinousness of Miss Trunchbull, the scary headmistress of Matilda’s school, when you’re a kid. Matilda, after all, is stronger than she is and doesn’t seem particularly vulnerable, and you don’t feel vulnerable when you’re young. Some of the punishments are cartoonish, like the boy made to eat an entire chocolate cake. Then you grow up and realize how completely fucked up this lady is. She MURDERED a person. SHE HAS A CABINET WITH SPIKES OF BROKEN GLASS STICKING OUT OF IT THAT SHE MAKES THE KIDS STAND IN WHEN THEY ARE BAD. That’s the kind of thing that would make seasoned SWAT team members vomit if they found it in a real school. 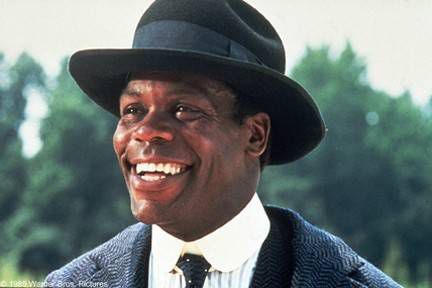 YOU HAVE NOTHING TO SMILE ABOUT, SIR. YOU ARE THE WORST.

Mr. _______ was on my original list and I still loathe him. Celie’s husband is such a non-prize that I can’t even fathom what Shug Avery was doing running around with him (though I’m glad she did for Celie’s sake). He takes Celie as a wife when she’s barely out of puberty, rapes her, makes her into a house servant to take care of his children, and won’t even let her learn to read–and when she does, he hides all of her sister’s letters. His goal is to break her, and he almost does. He deserves a swift kick in the balls in addition to being punched in the face. Just thinking about him gives me indigestion and possibly a tumor.

5. Prof. Nemur and Dr. Strauss from Flowers for Algernon

Because without their failed experimental meddling, I would not have spent MANY PAGES of that book in a full-on ugly snot-plugged bawl. I have never cried as much during a book as I have during that book. I almost cried just now reading at Wikipedia that Keyes worked with special needs students and was inspired by heart-breaking real stories.

Whew. I’m not a violent person, but punching book characters really works out some fiction-related aggression. What characters would you put on the list?