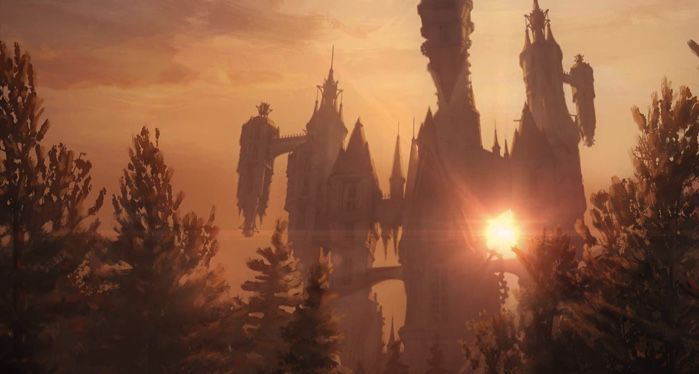 I may have watched season 3 of Castlevania in two days and now there’s no more and I might, possibly, be very sad about it. The response I’ve seen online has been pretty overwhelmingly positive with the exception of some (very justifiable) criticism of one particular story element I won’t go into here since S3 dropped March 5 and I’m sure not everyone has had the time to blaze through it like I did. As has been the pattern, we the fans were left on a hell (see what I did there) of a cliffhanger, and I know I’m not alone in hoping we’ll get a season 4 confirmation and news of a release date soon.

Until then, there are some characters, many of whom were new this season, I’d like to know more about, and I think comics (maybe graphic novels in either American or manga formats) would be an excellent way to expand on personalities and backstories.

Quick caveat: it’s been about a million years since I played a Castlevania game and I haven’t read any of the older comics, so if I’ve missed a previous reference, apologies in advance and assume I’m starting from the baseline of the Netflix show. Also, I’m going to go as light on spoilers as possible but if you want to go into season 3 all innocent like, best save this one for later.

Still with me? Awesome. Let’s do this.

We met Grandpa Belnades in S1 of Castlevania but I’m curious about Sypha’s parents because I want to know the people who lent their genetics and at least some of their lives to the creation of this butt-kicking Speaker/elemental witch. In Castlevania III: Dracula’s Curse (from which the show’s plot line spins out), the game in which Sypha was first introduced, her backstory includes the death of her parents at the hands of witch hunters. While the show is definitely grounded in the larger mythos, details have diverged and ideally, I’d love for the elder Belnades to be off on a mission of their own, perhaps crossing paths with Sypha, Trevor, and Alucard somewhere down the line or, if they must be deceased, at lest let them have gone out swinging against a foe worthy of the legacy inherited by their daughter.

The Judge hinted at a past in the City, in civilization, and said he had been assigned to lead the small town in which Sypha and Trevor stumbled across him, but he never said why. There’s no doubt he’s a skilled leader and a more than adequate administrator; not only is he a valuable commodity himself but someone spent time and resources to make him so. Why then send him to the middle of nowhere unless some scandal needed to be hushed up. Unless he had done something so terrible that no amount of money or degree of threat could keep it silent.

Which, in retrospect, makes a lot of sense.

Who was he before all of that? What was his first crime? How did it escalate? How long did he get away with it? How did he finally get caught?

The Night Creature in the Basement

In the Castlevania universe, Night Creatures are forged by humans with special abilities. Who was powerful enough to bind a legion of the dead into the demonic form held hostage in the basement of the small town Priory? Who had an ability so great they could craft an undead thing with the power to open dimensional gateways through which humans might enter Hell and demons might escape? Was it Isaac? Hector? Is there a forgemaster we haven’t met yet, one who escaped Dracula’s thrall or someone who was never subject to it? Was this night creature an experiment gone awry? Intended to be some sort of new god? A new devil?

So many possibilities. So many options for a most excellent story. 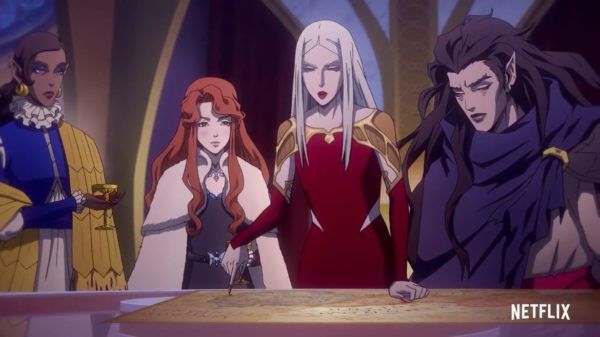 Vampire queens. The warrior and the genius. My new favorite power couple, that’s for damn sure. One of the new big bads introduced to the universe this season, Striga and Moranan make up half of the Council of Sisters, a four woman unit that rules over Styria and has plans for a major expansion. Each with her own strengths, when they come together, the Sisters are well nigh unto invincible, especially now the they have forgemaster Hector in their thrall. We met Carmilla last season and I’ll talk a little more about Lenore in a moment, but let’s focus here on Striga and Morana because while they’re interesting in their own rights, they’re even more fascinating as a couple. I want to know where they each came from but I’m absolutely desperate to know how they found one another, to watch them fall in love, to watch them swear to each other for eternity. It may not be a conventional relationship by human standards, but it is a powerful one and, barring disaster, I’m pretty sure it’s forever. In a world inhabited by the undead, something that lives and grows is remarkable and worthy of its own telling.

For me, and I’d wager for many others who watch Castlevania, the name Lenore immediately conjures a certain poem by a certain poet all good goth children know by heart, having soaked it in with their first application of black nail polish and inhaled it with the smoke from their first clove cigarette. The Lenore who sits on the Council of Sisters definitely leans in to the connection, wearing a floaty, gauzy black veil reminiscent of a raven’s wings. She depending on her delicate form to lull humans into a false sense of security before she absolutely decimates them with her powers. Though she prefers diplomacy to violence, Lenore doesn’t hesitate to use any means necessary to achieve her goals and watching her warp Hector into her pet was one of the most compelling parts of season 3. I’d love to know who she was before she became an immortal and how/when she learned both her diplomatic and manipulative skills. Was it before she was changed? After? In response to? Did she want to become a vampire because of the power it would provide her? Or was it simply another tool in her arsenal?

Listen, I know y’all have Warren Ellis writing scripts, but seriously, I have ideas, call me. I work cheap and I promise I will do the horniness factor of the show proud.