The late nineteenth and twentieth century saw something special happen in British children’s literature. Frances Hodgson Burnett wrote about a garden, Lewis Caroll sent a girl down a rabbit hole, and JM Barrie invented the boy who’d never grow up. This period became known as The Golden Age, and I think we’re experiencing something pretty similar today. The quality of British children’s and young adult literature is outstanding and here’s five British children’s books to help you get a handle on that.

Consider it a sort of literary state of the nation but one involving schoolgirl detectives and references about cake. 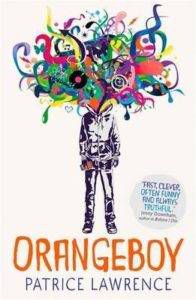 Orangeboy is a book about destiny and how to stand firm against it. Marlon seems fated to make the wrong choices, just as his brother Andre did, and circumstance seems determined to help him along the way. But Marlon’s fighting at every step, determined to make his own decisions in a world that’s against him, and determined to keep himself alive.  Is it a cliché to describe something as unputdownable? Sure, but every cliché has a little kernel of fact inside of it, and Orangeboy is a book you can’t step away from.

When you think of British children’s books, it’s not long until the name of Enid Blyton comes up. Pea’s Book of Holidays by Susie Day delivers a Blytonian aesthetic for a modern day reader, and every page is a delight. The eponymous Pea is on holiday in Corfe Castle, the setting for many of Blyton’s Famous Five adventures, and she’s determined to have an appropriately adventure-filled holiday. Naturally things don’t happen quite in the way she’d have wanted them too… Day’s writing here, as it is in all of her wonderful middle grade books, is generous, warm, clean and joyful and Pea’s Book of Holidays is lovely. Unbelievably, heart-warmingly, so.

This is a book that doesn’t do things by halves. It begins with the world on the edge of war, and a romance that, according to all of the rules and restrictions of the period, seems fated to failure. But Peet takes the risk and follows this story of love throughout the years, shifting countries, perspectives, and presenting life simply as it is. Cinematic, sprawling, bold, you’ll either love this or hate it. Maybe all at once. You won’t forget it. 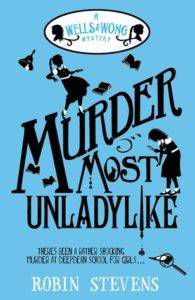 Published in the US as Murder Is Bad Manners,  Murder Most Unladylike is the story of two schoolgirl detectives. Daisy Wells and Hazel Wong are determined to solve a murder at their boarding school in the 1930s, whilst also making sure they break for buns and catch up on all of the school gossip. Stevens writes with such vivid passion, love and respect for her genre that it’s hard to not fall in love with Daisy and Hazel. Read these on a winter day, with a fresh bun at your side, and you’ll see what I mean.

There May Be A Castle by Piers Torday

Mouse is in the car with his family before something goes drastically wrong, and suddenly he’s somewhere else. His mother isn’t here, nor as his sisters, and all he’s got to keep him company is a sarcastic talking horse and a sheep that says baa. But here’s the thing; Mouse knows what to do in these sorts of circumstances. He needs to be the hero and get to the castle. A book that’s almost laden with power, There May Be A Castle is  a tribute to fairytales, storytelling and the bravery that people can achieve. It’s pure, wild, story.