There’s some interesting, genre-bendy, stuff coming from the UK this month. Much of it will enlarge our thinking and challenge our assumptions—or just plunge us deep into a good story. Which of these will you pick up? 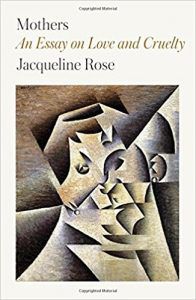 Mothers: an Essay on Love and Cruelty by Jacqueline Rose (Farrar, Straus and Giroux, May 1, 2018)

This is a book quite unlike anything I’ve ever read. It uses all kinds of primary and secondary sources—newspaper reports and policy documents alongside novels, psychoanalysis, poetry, and more—to explore, deconstruct, and challenge the role we ask mothers to play in our lives and in society. 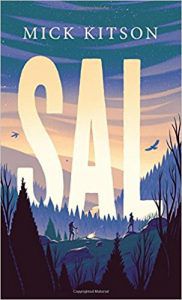 Sal’s little sister is ten, and in her family that’s a dark and dangerous age to be. So she takes matters into her own hands, and for over a year she reads a  survival handbook, watches YouTube videos, and cunningly amasses all kinds of objects necessary to their escape. She learns how to make a fire and build a shelter. And then she takes Peppa with her, into the beauty of rural Scotland. 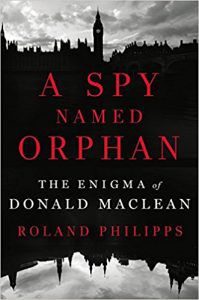 At the height of the Cold War, a group of men known as the Cambridge Five, who all had prominent jobs in British Intelligence, became spies for the USSR. One of these men was Donald Maclean, married to an American woman despite his sexual ambivalence and dislike of the USA. He ultimately defected to the USSR. This book takes a deep dive into his life, painting, among other things, a vivid picture of London, Cambridge, Paris, Cairo, and Washington DC, and telling the story of “the tense international code-breaking operation that ultimately exposed him.” If you’re into the intrigue of The Americans, this might be one for you. 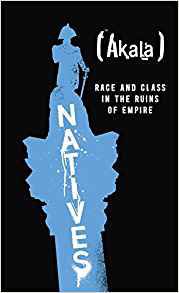 Natives: Race and Class in the Ruins of Empire by Akala (Two Roads, May 17, 2018; audiobook only)

Akala is an English rapper, poet, and political activist. In Natives, he writes about his own experiences, from being stopped and searched as a child to encountering racist teachers, and uses them as a starting point to explore the social and political history of Britain. “Covering everything from the police, education and identity to politics, sexual objectification and the far right, Natives will speak directly to British denial and squeamishness when it comes to confronting issues of race and class that are at the heart of the legacy of Britain’s racialised empire.” 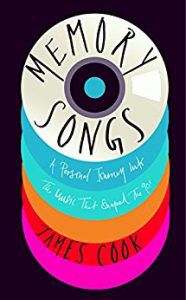 Memory Songs: A Personal Journey into the Music that Shaped the 90s by James Cook (Unbound Digital, May 17, 2018; ebook only)

This book promises to pay tribute to notable musicians who directly or indirectly impacted the pop scene in the ’90s. It’s a memoir that spans 1980 to 1994—from the assassination of John Lennon in 1980 to Kurt Cobain’s suicide—but it’s also an analysis of the music that came out of the era in British culture. I’m feeling nostalgic for the ’90s these days, and the author is from the same part of England as my musician dad, so I’ll be diving into this one.