November is the month for readers and you’ll have plenty of options for new books to bundle up with in the coming weeks. I sought out a few highlights for you to consider over a hot cider. 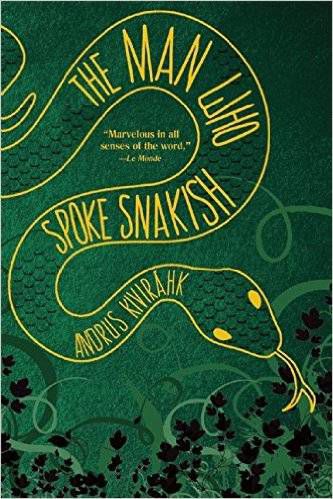 If you’ve been looking to read more books in translation and you have a fondness for fantasy, you might want to pick up this new release from Estonian author Andrus Kivirähk. It had me at “for readers of Terry Pratchett,” and I’m probably not the only one who saw the title and immediately thought of Harry Potter and parseltongue. This is the story of a young boy who speaks snakish but, in Kivirähk’s tale, snakish is the language that commands all animals. Set in a magical, alternate medieval Estonia, The Man Who Spoke Snakish promises all of the imaginative worldbuilding and oddities beloved by fantasy readers in a setting not often represented in English fiction, combined with a meaningful story about the preservation of tradition and the consequences of modernization. 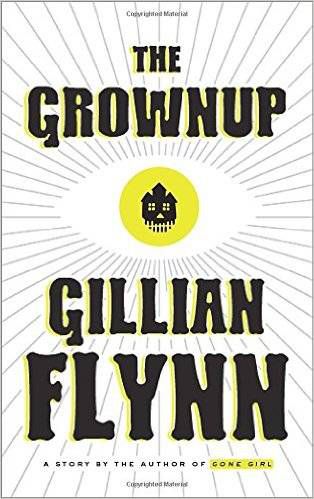 I’m almost at the end of Flynn’s Sharp Objects and am wowed by her storytelling talents. Flynn manages to tap into the primal, dangerous side of humanity from which most of us would rather turn away. I expect nothing less from Flynn’s new novella and I’m so excited that she’s written a ghost story. At 64 pages, this is a short read (originally appearing as “What Do You Do?” in George R.R. Martin’s Rogues anthology) about a fraudulent psychic who’s forced to question her (dis)belief in ghosts after meeting a wealthy woman with a troubled son. The psychic’s new client leads her to the creepy Victorian home–the source of her spiritual problems–and, as is wont to happen in creepy Victorian homes, troubles abound. The Grownup is an Edgar award-winning story and homage to the classic ghost story, so pick it up if you didn’t meet your shiver quota in October. 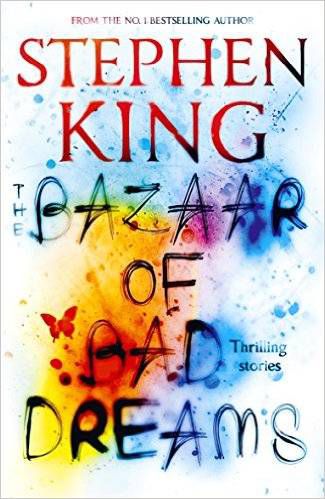 The Bazaar of Bad Dreams by Stephen King (November 3, Scribner)

Speaking of shivers, the master of fear also has a new collection of stories out this month, and this one comes with background notes from King. I’ve been a fan of King’s inner working since On Writing, and Octavia Butler’s Bloodchild and Other Stories taught me that hearing about a story from its writer is the opposite of a ruiner, so I look forward to the autobiographical notes in this collection almost as much as I look forward to the stories themselves. That said, the 20 stories that make up this collection are rangey and compelling, including a tale about the worst sort of Groundhog’s Day scenario where a man who dies of cancer has to relive his mistakes on repeat, a story about Alzheimer‘s and a father-son relationship, and one about a columnist whose writing kills. The very first book I read by King, ages ago, was a collection of short stories and I’ve since considered him a master of the form. 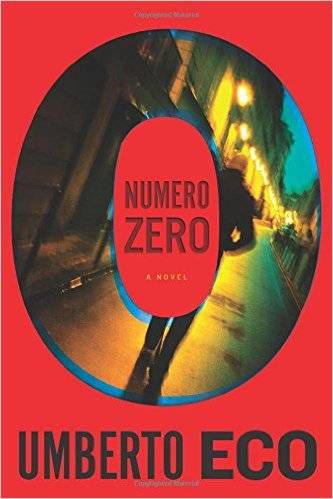 Eco is the writer behind The Name of the Rose. A big name in literature worldwide, if you haven’t read him, you’ve probably at least heard of him. He’s back with a conspiracy story circling around Mussolini and events in Italian history. Set in 1992, this political thriller and satire (and think piece on journalism) tells the story of a ghostwriter who is dragged into a world of corruption when he’s hired to write the memoir of a journalist. This is another short read, so if you’ve been looking for a way to test the waters with Eco, Numero Zero could serve as a quick jump in. 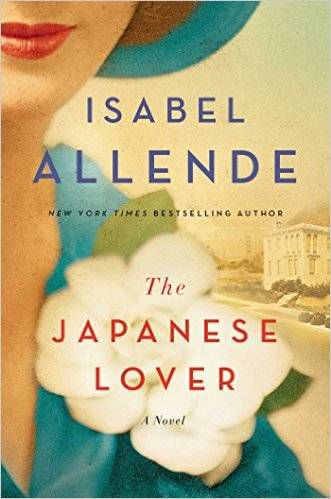 I remember picking up The House of the Spirits and wondering at the beauty and lyricism of the writing. Unfortunately, it was one of those books I started reading during a chaotic period and I only ever made it to the halfway point. Allende has published numerous works since The House of Spirits and she won’t disappoint fans who are into the generational and historical wingspan of that first novel with this story about a woman from Poland who falls in love with a Japanese man in 1939 San Francisco. The story follows their lives and secret love affair during the Second World War and across generations. I expect at least a touch of magical realism.