A colleague recently lamented in a Facebook post that another well-known literary site’s Big Books of Fall list was basically warmed-over marketing copy–the books mentioned were all the usual suspects (blah blah blah Tom Wolfe, yada yada Michael Chabon, and so on and so on RushdieSmithRusso until oh some book by some British woman who has already published a few novels…).

I come not to bury those Big Books, several of which I’ve read and loved, but to praise others which were much more interesting and surprising to me. If I called August “the cruelest month,” then I’ll risk the singsong-y and call September the coolest month: There are not only some superb reads available, but some of them come from new voices, covering territory heretofore unread. What could be cooler than that? 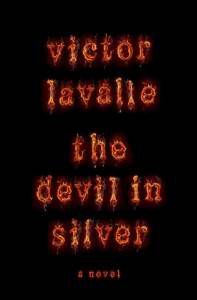 The Devil in Silver by Victor LaValle (Spiegel & Grau): If the words “budget-strapped mental institution” don’t strike enough fear into your heart, meet Pepper, a mostly hapless inmate of said institution, who realizes that one of his fellows may actually be the devil. With the head of a bison and the body of a wizened codger, this creature follows in both ancient literary traditions (the Minotaur, Dr. Faustus) and LaValle’s own oeuvre (Big Machine). Put aside your usual thrillers/horror tomes and try this one of for size. Bet it fits and chafes at the same time… 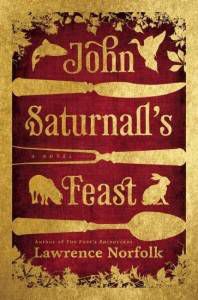 John Saturnall’s Feast by Lawrence Norfolk (Grove Press): As the elegant Norfolk points out in his book trailer, very few 17th-century kitchens survived Oliver Cromwell’s reformatory zeal and pillage, so bringing one to life in prose is not simply intriguing, but also elegaic. The eponymous hero is a rags-to-riches success as an important country-house cook, but his livelihood and life are imperiled when he makes the “wrong” choice in love. Slow to start, this is a book that rewards attentive reading with both lush detail and crystalline characterizations. 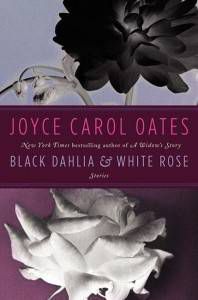 Black Dahlia and White Rose: Stories by Joyce Carol Oates (Ecco): How. Does. She. Do. It. Oates has released dozens (yes, dozens) of short-story collections alone, damn the torpedoes and the dozens more novels she’s produced. She’s not afraid of missteps, and there are one or two here–but that’s it. The title story is about the historical “Black Dahlia” of Hollywood and her one-time roommate Norma Jeane Baker, AKA Marilyn Monroe. Think you can’t stand to hear or manage to learn anything new about that American icon? You’re wrong.

The Yellow Birds by Kevin Powers (Little, Brown): I try hard, in these posts at least, not to interject myself and my own life onto books that I want to recommend. However, for several years I taught literature and composition to young soldiers like the two very young enlisted men who find themselves stranded together in Iraq in this simple and meaningful novel. I know that those servicemen and women were often both frustrated by their circumstances (families, tours of duty, barracks conditions, etc.) yet bound to each other in ways difficult to describe and interpret to anyone without military experience. Powers, himself a former enlisted soldier, manages to carry out that description and interpretation so that we the civilians can understand. A tour de Armed Forces, and I am not trying to be cute. 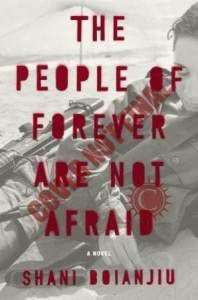 The People of Forever Are Not Afraid by Shani Bolanjiu (Hogarth): Three Israeli teenaged girls enter that country’s Armed Forces together, and in each one’s duty assignment find the kernels of their lives to come. If Powers draws out a single incident in order to illuminate the past, present and future of two young men, Bolanjiu piles on anecdotes in service of showing us how soldiers’ lives can turn on a dime, emphasizing how difficult yet necessary and transformative training can be–or not. We haven’t had too many literary novels about women in combat yet; check out this surprising and surprisingly tender story of friendship and fear.