Kristen McDeavitt is a queer writer and backpacker. She has lived in California, Wyoming, Texas, and in Alaska on a glacier.

Some of the best books are the slow ones. Not the ones that drag on and just won’t end, but the ones that make you slow down to match their pace. Actually, these books are usually on the short side, substituting lengthy narrative for intense detail. It is these books that move me most and stir me to creative heights. Here are a list of some of my favorite books to savor. 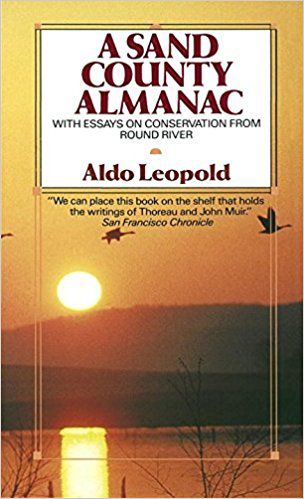 One of the best-loved works of nature writing, A Sand County Almanac calls us to rethink our interactions with our world. Leopold describes the natural life around his Wisconsin cabin and from his travels and lays out an ecological ethic that remains evergreen 70 years after it was written. Although an ecologist by trade, he proved to be an incredibly poetic writer. Reading this book, you imagine yourself sitting next to him as he guides your eyes and ears to beautiful places you never would have noticed on your own.

Forget On the Road. The Dharma Bums is Kerouac’s actual must-read. Because its two major focuses are Buddhism and hiking, the book has a significantly less hurried pace than his other works. Kerouac just seems to be in a better state of mind here, which makes the romanticism of being a free spirit on the road that much more convincing. This is due largely to Japhy Ryder (based on Gary Snyder) who reminds the narrator (and us) to slow down and appreciate the world around us. 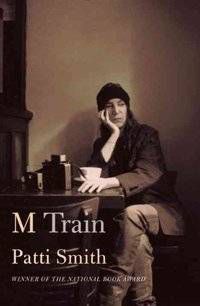 M Train is in its very purpose contemplative. Patti Smith’s meditation on her own art and life, told in diary-like stream of consciousness, is clear and purposeful, even when it seems meandering. Reading M Train, you can tell that that Smith gathers her inspiration from the small moments in life, and she spends time and care on them—making a cup of coffee, mending her clothes, reading or writing a poem. M Train is a book to take your time on.

Set in Nebraska at the turn of the 20th century, Cather’s novel is an ode to the land she called home. Its protagonist Alexandra builds a life and a farm on the Great Plains, at a time before it became the agricultural center we know today. Her prose is stunning and lyrical, and for all its nostalgia O Pioneers! never strays into sentimentality. The book’s deep faith in people and appreciation for the natural world are contagious, and it is impossible to read without feeling inspired to be a better person.

Morrison is a true master of lyrical writing, and Song of Solomon, as the title suggests, is proof. The book’s exquisite, poetic prose, its detailed characters, and its attention to place make it a recipe for a perfect slow read. Song of Solomon focuses on geography, family, and the way those two are intrinsically intertwined as the main character Milkman retraces his lineage from Michigan to his roots in Virginia.  Reading the book, you are carried along with storytelling as unhurried and purposeful as a river.