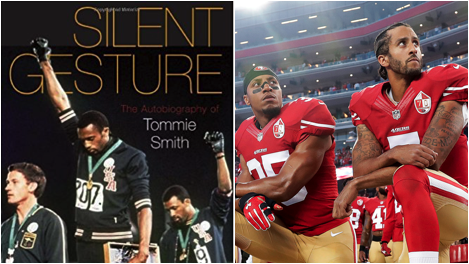 This is a guest post from Shaun Manning. Shaun is a writer and publishing pro living in Ann Arbor with his wife, daughter, and cat, all of whom have eclectic tastes in reading. He holds a master’s degree in creative writing from the University of Glasgow, where he won a bottle of whiskey for a public reading. Shaun is the author of three graphic novels and assorted short stories in several media—perhaps you heard him on Radio 4, but probably not. Follow him on Twitter @FasterthanShaun.

Colin Kaepernick was not the first professional athlete to protest against injustice in America. He wasn’t even first on board for the current round of athletes making waves by disrupting the comfortable entertainment of game day with powerful, pointed messages. Yet because of the unique, tangible retaliation he experienced in being declined a spot on any NFL team for the 2017 season despite his skills, he has rather become a figurehead of the #Resistance within the sporting world—a status that will only be amplified by the president of the United States calling him a “son of a bitch” in a public forum. While Kaepernick had previously garnered scattered support as other pros took up his particular form of protest—kneeling during the national anthem—the president’s words served as a rallying cry, amplifying, if not quite unifying, support behind the displaced quarterback.

Athletes are in a perhaps unique situation to influence the cultural conversation, but they do so at great risk to their own careers. Already in the wake of the president’s statements about Kaepernick and NBA star Steph Curry, LeBron James has spoken out—in a tweet liked more than one million times—in a way that Michael Jordan never did, and in much stronger terms than some might expect. LeBron is using his platform, one of the biggest in the world—and more powerful, potentially, than that of the purported Leader of the Free World.

So while we’re praising the current generation of athletes for exercising their First Amendment rights, perhaps now is a good time to read up on other stars who have spoken truth to power. 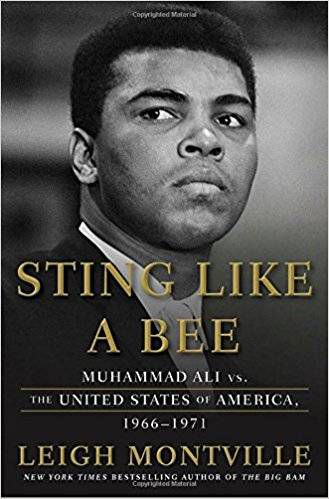 Sting Like a Bee: Muhammad Ali vs. the United States of America, 1966-1971 by Leigh Montville

Muhammad Ali’s refusal to be drafted into the Vietnam war has been the subject of much discussion and more than a few books, with former Boston Globe and Sports Illustrated columnist Leigh Montville’s Sting Like a Bee the latest compelling entry. Memorials for the celebrated boxer, who passed away in 2016, focused on his prowess in the ring and his charismatic personality, largely glossing over the controversial role he played as a civil rights icon. Sting Like a Bee delves into Ali’s battles with a legal system and dominant American culture that were set against him. 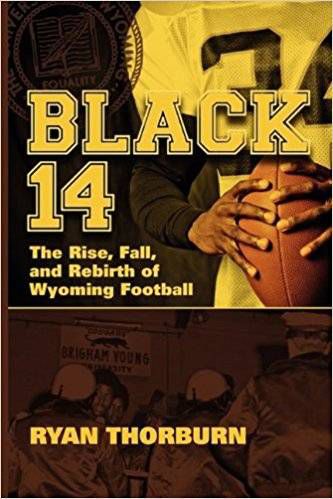 Black 14: The Rise, Fall and Rebirth of Wyoming Football by Ryan Thorburn

Many of the most prominent moments of activism in sports have focused on broad patterns of social injustice, but the University of Wyoming football team’s protest centered on one very particular bit of discrimination: the Mormon church’s refusal to admit African Americans into its priesthood. In response, 14 of Wyoming’s black players asked coach Lloyd Eaton for permission to wear black armbands during their game against Brigham Young University—a request their coach denied. When they came to his office wearing the armbands over their everyday clothes, Eaton expelled them from the team. Despite efforts to negotiate with Eaton on reinstatement, the school ultimately sided with the coach, and the players—now known as the Black 14—found themselves not only out of a college football career, but also in danger of losing their college education. 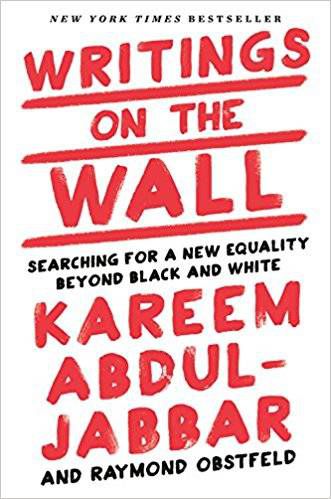 Writings on the Wall: Searching for a New Equality Beyond Black and White by Kareem Abdul-Jabbar

Rather than an examination of an athlete’s political action, Writings on the Wall is a book of essays by former NBA superstar Kareem Abdul-Jabbar. Outspoken and controversial during his basketball career, since retiring Abdul-Jabbar has shown himself to be one of the smartest, most insightful guys in the wide world of sports. Writings on the Wall bears more resemblance to the works of Ta-Nehisi Coates than it does to a basketball memoir, and establishes Abdul-Jabbar as an important voice in the world of cultural criticism—bolstered, of course, by his celebrity status. Because let’s face it, TNC will never have the name recognition that Kareem enjoys unless he manages to become the NBA’s all time leading scorer. 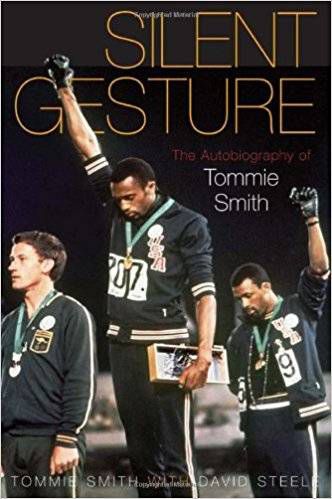 In 1968, Tommie Smith, American gold medalist in the 200 meter dash, stood upon the winner’s podium with bronze medalist John Carlos, both raising their fists in a silent protest. “If I win I am an American, not a black American. But if I did something bad then they would say, a Negro. We are black and we are proud of being black,” Smith said. Both athletes were expelled from the Mexico City Olympic games, and back home the media narrative predictably turned against them—they were extremists, Smith was a member of the Black Panther party (which he denies), and so forth. Silent Gesture tells Smith’s story of his decision to protest and what came after. 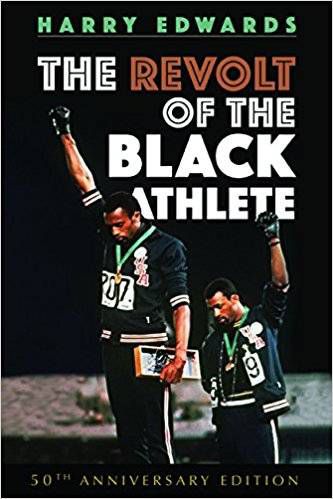 The Revolt of the Black Athlete by Harry Edwards

Harry Edwards, a professor and sociologist whom Tommie Smith credited with helping to inspire his protest at the 1968 games, has written the definitive book on Black activism in sports—fifty years ago. The new edition, published in May by the University of Illinois Press, includes a new introduction and afterword that situates protests by Smith, Carlos, Kareem Abdul-Jabbar and Muhammad Ali in the context of contemporary movements like Black Lives Matter. Edwards’ book is perhaps the most comprehensive look at activism and reception, outside of the particular instances of any one athlete or event, and thus the most likely to prescribe a meaningful way forward.