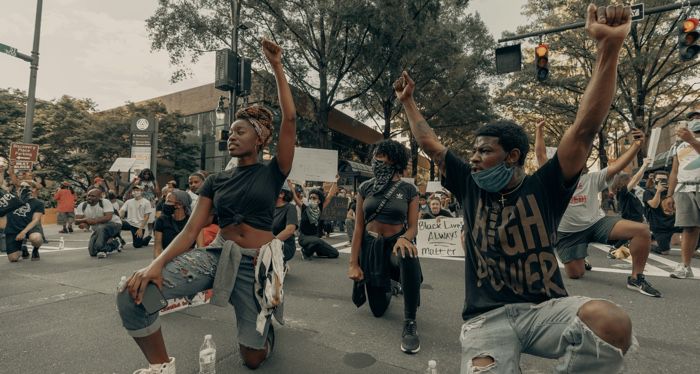 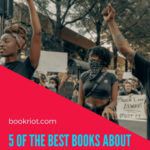 This is a guest post from Lawrence Ware. He is a teaching assistant professor of philosophy at Oklahoma State University and co-director of the Center for Africana Studies. He can be found on Twitter at @law_writes.

I was in high school the first time a police officer pulled a gun on me.

There is a small town south of the Oklahoma City metroplex that is known for stopping people if they drive too fast (for obvious reasons) or too slow (because they look suspicious). One night, I drove through the town unwisely wearing a durag. I was trying (and failing) to cultivate waves on my head, so I chose to not listen to my mother who warned me of the dangers of driving wearing one. “They will see you as a thug,” she said.

I was pulled over. And because I was a budding philosopher who was a bit too sassy with how I spoke to the police officer, I was dragged out the car because, let the police officer tell it, I was defiant. He pulled his gun while his partner searched my car. Once they discovered there was nothing worth booking me over in the vehicle, the officers told me to be safe and go home.

That was the first time a gun was pulled on me by a cop, but it was not the last.

It is important to understand that what is happening is not new. It is but another entry in a long list of black men and women who have been arrested, maimed, or killed by the police. And black people understand that while this is regrettable, it is a part of life. White people, however, do not know this—that is where learning can begin. There are a few books that will help you understand the history of this moment, and how things can be different in the future. 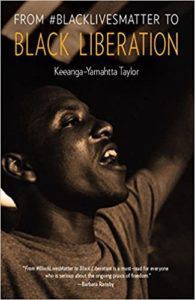 From #BlackLivesMatter to Black Liberation by Keeanga-Yamahtta Taylor

Keeanga-Yamahtta Taylor’s text is the definitive book written on the development and rational behind the Movement for Black Lives. It places the movement in an historical context while highlighting the organizational model they employ. I’d have liked her to be a bit more critical of their work, but she lovingly shows how BLM came to national prominence. 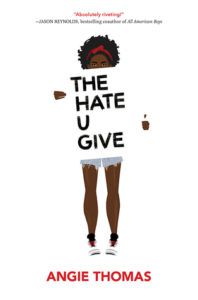 Angie Thomas’s book places the necessity for BLM in a fictional context. In her magisterial yet approachable text, she discusses the difficulty faced by black students in a predominately white school, the challenges of raising black kids in America, and the fall out of white police officer killing a black kid. Oftentimes, we need stories to make sense of the world. This is that story for this time. 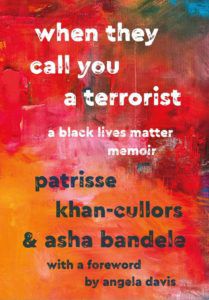 When They Call You a Terrorist: A Black Lives Matter Memoir by Patrisse Khan-Cullors and asha bandele

Patrisse Cullors, one of the three women who co-founded Black Lives Matter, tells the story of how they came up with the idea of the organization, and how that radical idea, that black lives matter, got them labeled as terrorists. It also lays bare how the organization was founded with an eye for how black women and queer people of color were being victimized by America, something that consistently needs to be said. 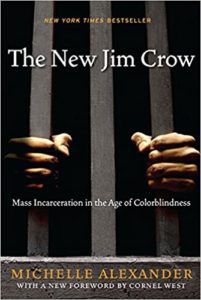 This book is ten years old, but the story it tells is as fresh as if it was written today. It is the definitive text on the way the criminal justice system victimizes and bastardized black people, and is required reading by anyone who wishes to understand America. Read it with Angela Davis’s important text Are Prisons Obsolete in mind. 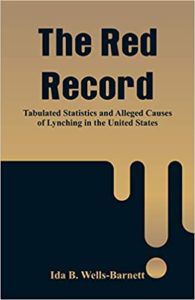 The Red Record: Tabulated Statistics and Alleged Causes of Lynching in the United States by Ida B. Wells-Barnett

It is important to understand racism as a historical phenomenon. We did not just get to this point, it has been a long time coming. This text, though an historical document, does just that. Because of this book, we see that racism did not develop in a vacuum. We see the violence against black bodies is not new; it is this country’s heritage.

This is not an exhaustive list. I could have included James Baldwin’s The Fire Next Time or Du Bois’ The Souls of Black Folks. This is but a start. Yet, it is a good way to get to an understanding of the current moment in America–and why it is important for us to take it seriously.