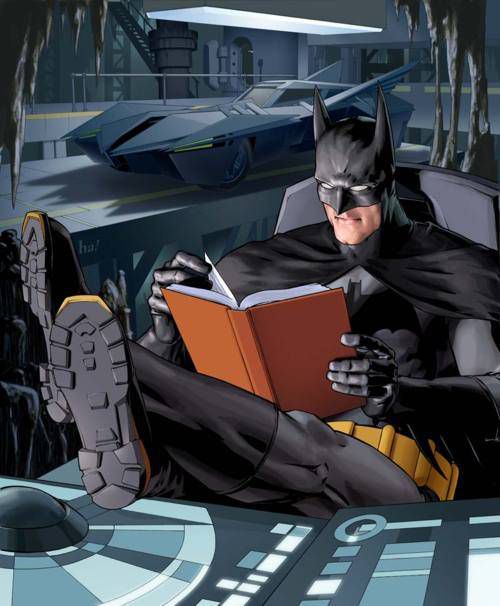 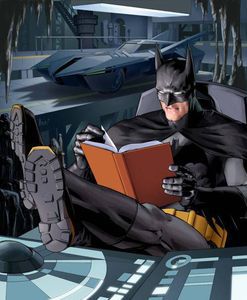 If you’re a nerd of just about any stripe (or know some such person), you’ve probably had a conversation that started with the question, “If you could have any super power, which would you choose and why?”* In fact, you might have had this conversation so often, that your friends now know your answer without having to think about it, the way they might remember that you have a dog named Ralph or that you hate the smell of ranch dressing.

But there are those among us who don’t have to make a choice at all, people already endowed with super powers that I would give just about anything to possess. You might have seen some of these folks in classrooms, libraries, coffee shops, parks, or even in your own home. They are readers, and whether their powers came from a radioactive paper cut or as the result of a Library of Congress experiment gone horribly awry, they are all gifted in ways I wish I could be.

What It Is: Being able to read more than a hundred pages an hour (given standard print size, spacing, etc.).

Why I Want It: Think about how many more books a speed-reader will get through over the course of his or her life. Assuming they spend the same amount of time reading as I do, they’ll finish more than twice as many books. Sometimes, I try speeding up my eyes to cover more words more quickly, but I only manage to jumble up the sentences and can only remember about three words out of every hundred when I read that way. *shakes envious fist*

What It Is: Being able to finish (and insisting upon finishing) any and every book, no matter what.

Why I Want It: Some may see this power as a curse rather than a gift (the Captain DNFs of the world, for instance**), claiming that if a book doesn’t strike your fancy after a while, you should just let it go. But I’ve always envied those who can endure books they may not love, whether they want to put the notch in their belt or simply because they want to go into any conversation about the book with a fully informed opinion. I might say that I don’t like Twilight, but these people know they don’t like it.

What It Is: The fortitude to branch fearlessly out into new authors, genres, and media.

Why I Want It: I’m the reading equivalent of a picky eater, preferring to stick to what I know I’ll enjoy, whether that means sticking to my wheelhouse genres or reading deep into a favorite author’s backlist before seeking out someone new and less certain to be beloved. Readers who fearlessly plunge into new reading experiences seem to be living their reading lives to the fullest, and their bravery looks awfully appealing every time they start a sentence, “I just discovered…”

What It Is: The ability to read several books concurrently, while avoiding any confusion.

Why I Want It: The largest number of books I can have in the metaphorical air is two – one fiction, one non-fiction. Any more than that and I’m sure I’d walk away sure that I’d just read a wonderful series about a boy wizard maniacally hunting a murderous whale so that he could find a suitable mate and get his family to Dust Bowl-era California. Those who can manage to have several irons in the reading fire simultaneously are as daunting and exotic to me as those people who can play a half-dozen games of chess at once.

What It Is: The ability to read subtext the way some people read the back of a cereal box.

Why I Want It: I was an English major and am now an English teacher, which means I spend an inordinate amount of time asking questions about the deeper meaning of what I read. And don’t get me wrong, I can generate some competent insight, but a lot of the time (especially with “important” books) my thoughts are as puzzled as they are profound. I feel like some people read literature the way Neo reads the Matrix, seeing through what’s on the surface to the streaming green code underneath. I know that treating books likes puzzles to be figured out can be fatiguing and often means forfeiting the chance to just get lost in the story, setting, characters, etc., but it’s always nice to feel like you’re a step ahead of the field.

So, fellow super hero wannabes: what reading-related super power would you choose? One of the above, or one that I missed? Let me hear it.

* My answer is telekinesis. Not only incredibly useful in the day-to-day (Come here, sandwich!), but it doubles as the ability to fly, since you could telekinetically push yourself away from the ground, Jean Gray-style.

** I know what you’re thinking, and yes, Captain DNF should be a kids’ TV series, t-shirt line, and zeitgeist-defining cultural icon. Give me a call, Hollywood.