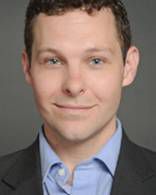 Man, science is for dorks, right? WRONG. You’re so wrong about that! Science is not for dorks. Well, it is, but dorks are cool. Being a dork is cool, because dorks are smart, and being smart is cool. Why did anyone ever think being stupid was cool? I blame teen movies from the ’80s. I blame them for a lot of things. Anyway, science is awesome, so comics about science are approximately quadruple the awesome. They are awesome to the nth degree, which is a potentially dangerous level of awesome. This list of 5 comics about science could be unsafe. I’ll need you to put on these goggles before we continue

What do you know about Richard Feynman? You might know that he’s considered one of the most brilliant physicists of all time. You might even know that he worked on the Manhattan Project building nuclear warheads, and that might make you think he was a terrible person, and I won’t argue with you about that. BUT, did you know that he was also once the worst member of a Brazilian street band? And that he was hilarious and super weird? Well, if you read this beautiful graphic novel, you’ll get to know him. Regardless of the way you think of anyone who helped design nuclear bombs, a fascinating person is a fascinating person, and a great graphic novel is a great graphic novel.

In the world of FPB, physics is not the dependable constant we know it to be on our own version of earth. In the face of an increasing number of random wormholes opening up in people’s houses and gravity failures occurring in kindergarten classes, the government establishes the Federal Bureau of Physics to deal with these “quantum disturbances.” Adam Hardy, the rising star of the FBP, is a little bit TOO confident in the agency and in his ability to successfully navigate crazy physics things. This comic is so much fun, it defies the laws of physics and is, therefore, probably illegal.

Okay, so, we’re back to the whole Feynman/nuclear weapon creation deal. Look, American science only has so much history! The fantastic Manhattan Projects series takes the secrecy and weirdness surrounding the Manhattan Project and magnifies it. It multiplies it. It turns it into a crazy alien robot. This comic is filled with historical figures you’ll recognize – Enrico Fermi, for example – but in forms you may not find so familiar (Enrico Fermi is totally an alien wearing an Enrico Fermi suit). This series is amazing, and the coloring, which won Jordie Bellaire an Eisner, will knock your space-themed socks off.

How much did you love Firefly? If the answer to that question is “SO MUCH,” you’ll probably love this comic. The story follows Grant McKay and a team of Dimensionauts, a bunch of rag-tag scientists who use something called The Pillar and Black Science to travel between dimensions, taking whatever they please for their own home world. But someone messes with The Pillar, and suddenly they’re being rocketed against their will through crazy worlds and dimensions that are increasingly dangerous and weird. See? Team of space thieves in trouble! Firefly.

In this alternate universe that I want to live in, scientists are rockstars. Literally, the premise of this comic is “what if four scientists had as much cultural influence and fame as The Beatles?” Stephenson also took some inspiration from the friendship and later antagonism between Steve Jobs and Bill Gates. This story is fun, dramatic, and a fascinating look at the arbitrariness behind the obsession with musicians: after all, why shouldn’t it be scientists?