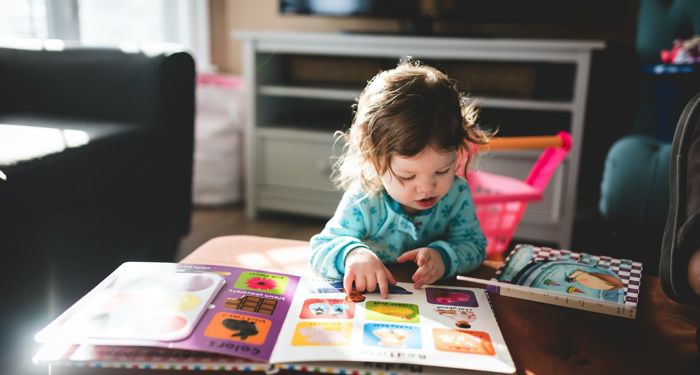 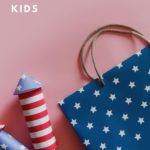 The 4th of July is an important holiday here in the United States. Wrapped up in fireworks, grilling and parades, it’s a holiday packed with a lot of tradition and history as we reflect on the values that drove the founding of this nation, and which we continue to strive toward today. As we celebrate this year—without many of the usual parades, fireworks, and gatherings—these 4th of July books can be a great way to explore all of these facets of this important day with kids.

Here are 11 great kids’ books about the Fourth of July: 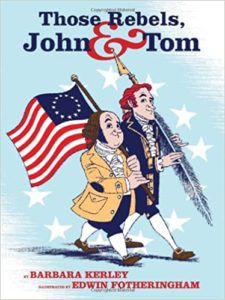 Those Rebels, John and Tom by Barbara Kerley and Edwin Fotheringham

Though Thomas Jefferson and John Adams were radically different in almost every way, this unusual duo were a model of collaboration in their leadership and big thinking in  shaping our country. This NCTE Orbis Pictus Award Honor Book from Barbara Kerley and Edward Fotheringham explores their contributions and their unusual relationship. 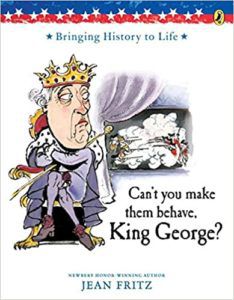 Can’t You Make Them Behave, King George? By Jean Fritz and Margot Tomes

This story from Newbery Honor winner Jean Fritz and illustrator Margot Tomes explores the American Revolution from a perspective that is less considered: that of the British king Americans were fighting against. It follows King George from his days as a bashful boy to wondering how he became the villain to his own citizens. 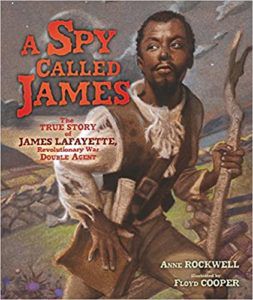 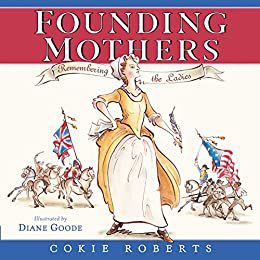 While most Americans grow up hearing about the Founding Fathers who led the way to create our nation, the role of many women are overlooked. This book from journalist bestselling author Cokie Roberts, with illustrations from Caldecott Honor winning artist Diane Goode, puts heroines of the revolution including Abigail Adams, Martha Washington, and Mercy Otis Warren front and center. 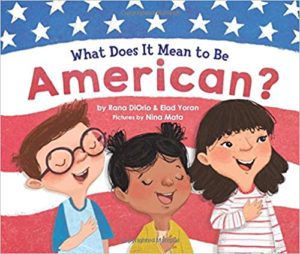 What Does It Mean To Be An American? By Rana DiOrio, Elad Yoran and Nina Mata

This book digs deeper than the traditions of apple pie and fireworks to explore what it really means to be an American, with an emphasis on inclusion and diversity. Created by Rana DiOrio, Elad Yoran and Nina Mata, this story is a Gold Moonbeam Award Winner and an IBPA Benjamin Franklin Award Finalist. 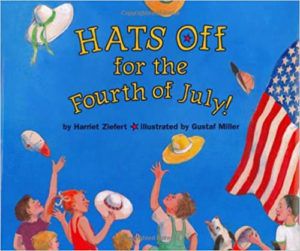 A lot of us probably won’t get to a parade this year. But this playful story from Harriet Ziefert and Gustaf Miller brings the parade to you, complete with cowboys on horseback and a marching band, keeping the holiday tradition alive. 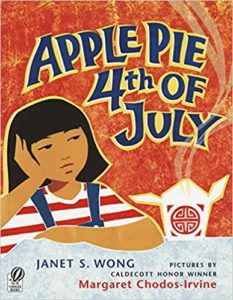 A young Chinese American girl is looking forward to the 4th of July—only to become horrified when she discovers her parents are cooking Chinese food to sell in their store on this all-American holiday. She tries to explain how things really are in America, but ends up learning an important lesson herself. From Janet S. Wong and Margaret Chodos-Irvine. 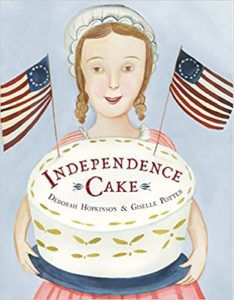 This quirky and humorous story from Deborah Hopkinson and Giselle Potter takes an unusual perspective on the earliest days of the United states through the eyes of an unusual heroine—a girl named Amelia, who later wrote the first American cookbook. Over the course of the story, Amelia puts a chaotic house in order and impresses the family with her many delicious recipes, which sets her on a path to present her cake to the country’s first president, George Washington. 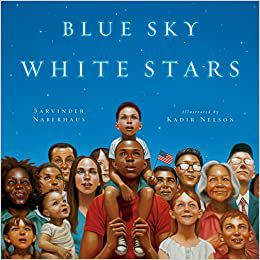 With rich verse and evocative illustrations, Sarvinder Naberhaus teams up with the Caldecott Honor winner Kadir Nelson for a deep dive into all America is, from the symbolism of the flag to civil rights protestors to the innovation of space exploration in Cape Canaveral. 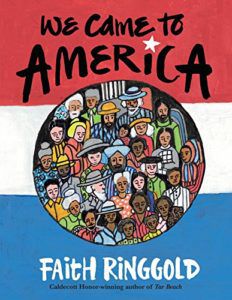 We Came to America By Faith Ringgold

Faith Ringgold, winner of the Coretta Scott King Award and Caldecott Honor, takes a timely look at the history of America in this story, starting with the Native Americans. The story is at once unflinching in its exploration of some of the darker points of the country’s history, and inspiring in its celebration of its diversity and optimism. 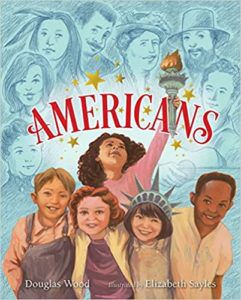 What makes Americans great? This patriotic look at the United States and all the diversity it holds within it offers lots of reasons to celebrate—from our differences to the common values that bring us together. Written by New York Times bestseller Douglas Wood and illustrated by Elizabeth Sayles.

Learn more about America’s complicated history with freedom with this list of books about Juneteenth.