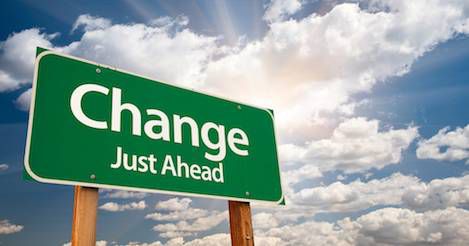 I’ve been in the business of collecting quotes about change recently because, if you’re anything like me or the people I’m surrounded by, 2016 has been a year of some big damn changes. Maybe it’s just what happens during election years. Maybe it’s just something in the air. I don’t really know.

Changes are, of course, so necessary in this whole life thing we’re all doing. And they’re fantastic. Wonderful. Soul-stretching. But, when you’re in the thick of a change–heading off to school again, finding the bravery to do more and be more, thinking about a new career path, considering marriage or divorce or children, or dealing with loss–change can be fucking hard.

Book lovers all know that we can find solace in books (or poems or plays). In them, another person has thrown us an anchor across their words. Those words show us that our change, our struggle, our hurt, our need is not ours alone to bear. That someone before us has been in the thick of it.  And, in some small way, their quotes about change can help.

Whether you’ve chosen your new journey or had it thrust upon you, I hope these quotes about change can offer some guidance, support, and help as you move forward. 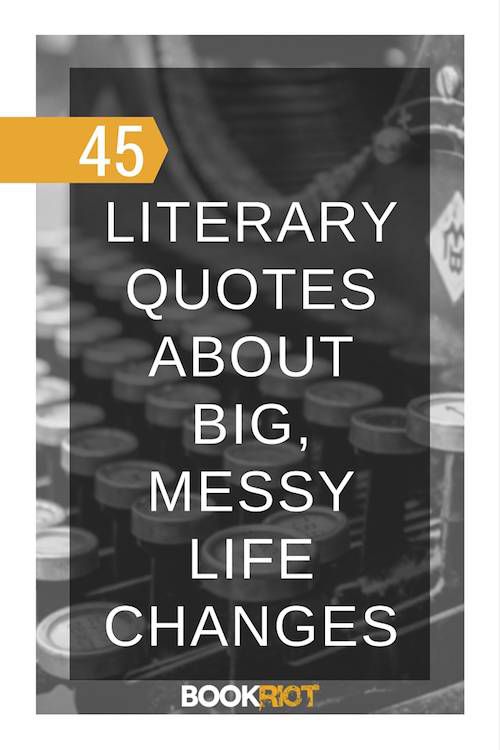 Quotes about being brave enough to choose change

“No one can tell what goes on in between the person you were and the person you become. No one can chart that blue and lonely section of hell. There are no maps of the change. You just come out the other side. Or you don’t.” – Stephen King from The Stand

“Let yourself be gutted. Let it open you. Start there.” – Cheryl Strayed from Tiny Beautiful Things

“There is nothing foolish about hope.” – N.K. Jemisin from The Hundred Thousand Kingdoms

“Do I dare disturb the universe?” – T.S. Eliot from “The Love Song of J. Alfred Prufrock” (print from Obvious State) 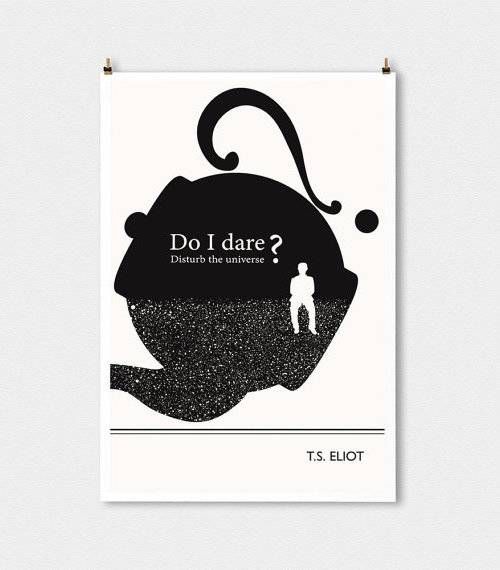 “It is our choices, Harry, that show what we truly are, far more than our abilities.” – J.K. Rowling from Harry Potter and the Chamber of Secrets

“Beware; for I am fearless, and therefore powerful.” – Mary Shelley from Frankenstein

“Our doubts are traitors and make us lose the good we oft might win by fearing to attempt.” – William Shakespeare from Measure for Measure

“People are capable, at any time in their lives, of doing what they dream of.” – Paulo Coelho from The Alchemist

“I am no bird; and no net ensnares me.” – Charlotte Brontë from Jane Eyre (print from Lucky Skye) 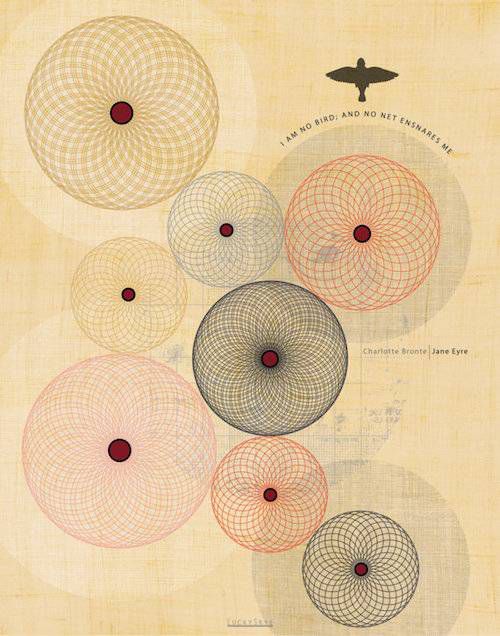 “It’s like everyone tells a story about themselves inside their own head. Always. All the time. That story makes you what you are. We build ourselves out of that story.” – Patrick Rothfuss from The Name of the Wind

“Tell me, what is it you plan to do with your one wild and precious life?” – Mary Oliver from “The Summer Day”

“I’m choosing happiness over suffering. I know I am. I’m making space for the unknown future to fill up my life with yet-to-come surprises.” – Elizabeth Gilbert from Eat, Pray, Love

“Two roads diverged in a wood, and I — I took the one less traveled by, and that has made all the difference.” – Robert Frost from “The Road Not Taken”

“Instead, pursue the things you love doing, and then do them so well that people can’t take their eyes off you.” – Maya Angelou from I Know Why the Caged Bird Sings

“Stuff your eyes with wonder, he said, live as if you’d drop dead in ten seconds. See the world. It’s more fantastic than any dream made or paid for in factories.” – Ray Bradbury from Fahrenheit 451

Quotes about change and acceptance

“Change is one thing. Acceptance is another.” – Arundhati Roy from The God of Small Things

“Most things will be okay eventually, but not everything will be. Sometimes you’ll put up a good fight and lose. Sometimes you’ll hold on really hard and realize there is no choice but to let go. Acceptance is a small, quiet room.” – Cheryl Strayed from Tiny Beautiful Things

“Never be afraid to sit awhile and think.” – Lorraine Hansberry from A Raisin in the Sun

“It does not do to dwell on dreams and forget to live.” – J.K. Rowling from Harry Potter and the Sorcerer’s Stone (print from Entropy Trading Co) 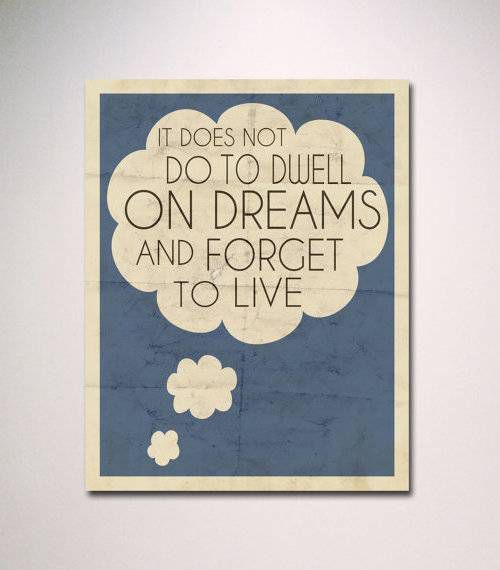 “There are some things you learn best in calm, and some in storm.” – Willa Cather from The Song of the Lark

“It’s never the changes we want that change everything.” – Junot Díaz from The Brief Wondrous Life of Oscar Wao

“When you come out of the storm, you won’t be the same person who walked in. That’s what this storm’s all about.” – Haruki Murakami from Kafka on the Shore

“You wanna fly, you got to give up the shit that weighs you down.” – Toni Morrison from Song of Solomon (jewelry from Charmua) 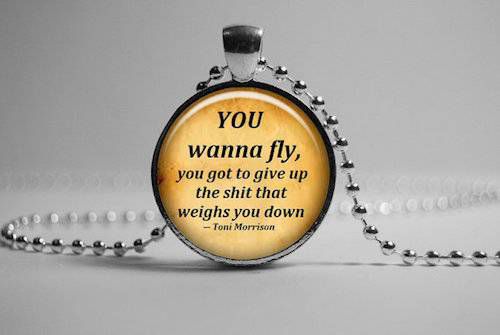 “What could I say to you that would be of value, except that perhaps you seek too much, that as a result of your seeking you cannot find.” – Hermann Hesse from Siddhartha

“You don’t have to stay anywhere forever.” – Neil Gaiman from The Sandman

“I assign myself no rank or any limit, and such an attitude is very much against the trend of the times. But my world has become one of infinite possibilities.” – Ralph Ellison from Invisible Man

“We accept the love we think we deserve.” – Stephen Chbosky from The Perks of Being a Wallflower (print from The Sleeping Sloth) 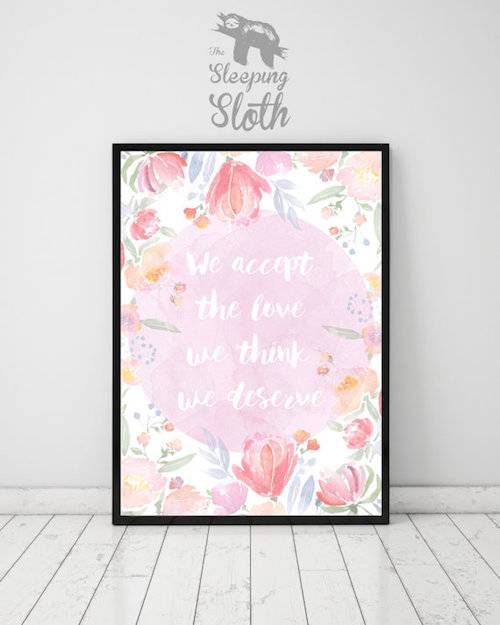 “Memory can make a thing seem to have been much more than it was.” – Marilynne Robinson from Gilead

“I wonder what becomes of lost opportunities? Perhaps our guardian angel gathers them up as we drop them, and will give them back to us in the beautiful sometime when we have grown wiser, and learned how to use them rightly.” – Helen Keller from The Story of My Life

“The world breaks everyone, and afterward, many are strong at the broken places.” – Ernest Hemingway from A Farewell to Arms

Quotes about finding a way forward

“You have to accept that sometimes that’s how things happen in this world. People’s opinions, their feelings, they go one way, then the other. It just so happens you grew up at a certain point in this process.” – Kazuo Ishiguro from Never Let Me Go

“Yesterday’s gone on down the river and you can’t get it back.” – Larry McMurtry from Lonesome Dove

“Even the darkest night will end and the sun will rise.” – Victor Hugo from Les Misérables

“I can’t go back to yesterday because I was a different person then.” – Lewis Carroll from Alice in Wonderland (print from Peggie Prints) 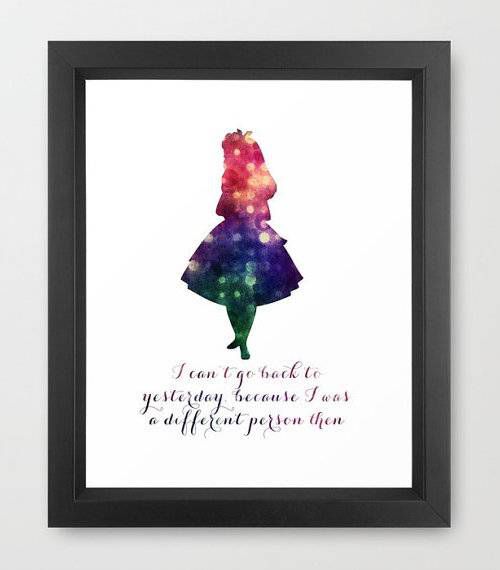 “Some changes occur suddenly like a brilliant flash of lightning striking across a dark sky. These changes are stunning, exciting but can be quickly forgotten. Other changes happen slowly, gradually, like a flower blooming in early spring, each day unfurling its petals another fraction of an inch towards the warm, nurturing sun. These changes are as inevitable as nature running its course; they’re meant to be.” – Suzi Davis from Amber Frost

“Don’t adventures ever have an end? I suppose not. Someone else always has to carry on the story.” – J.R.R. Tolkien from The Fellowship of the Ring

“There is a kind of magicness about going far away and then coming back all changed.” – Kate Douglas Wiggin from New Chronicles of Rebecca

“Freeing yourself was one thing, claiming ownership of that freed self was another.” – Toni Morrison from Beloved 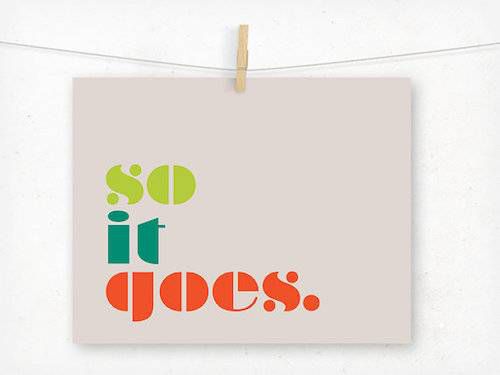 What are your favorite literary quotes about change?