This giveaway is sponsored by The Forgotten Girls by Sara Blaedel. 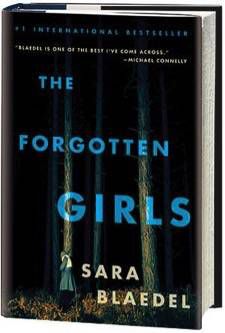 In a forest in Denmark, a ranger discovers the fresh corpse of an unidentified woman. A large scar on one side of her face should make the identification easy, but nobody has reported her missing. After four days, Louise Rick- the new commander of the Missing Persons Department- is still without answers. But when she releases a photo to the media, an older woman phones to say that she recognizes the woman as Lisemette, a child she once cared for in the state mental institution many years ago. Lisemette, like the other children in the institution, was abandoned by her family and branded a “forgotten girl.” But Louise soon discovers something more disturbing: Lisemette had a twin, and both girls were issued death certificates over 30 years ago. As the investigation brings Louise closer to her childhood home, she uncovers more crimes that were committed-and hidden-in the forest, and finds a terrible link to her own past that has been carefully concealed.

We asked you for your favorite female crime writers and you answered! Get ready to check your locks twice as you dive into this big round-up of great ladies writing crime.