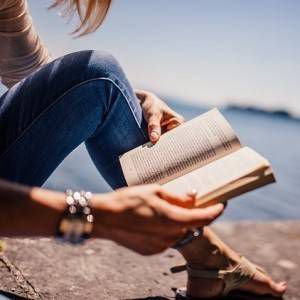 This giveaway is sponsored by Night in Erg Chebbi and Other Stories by Edward Hamlin and Excommunicados by Charles Haverty. 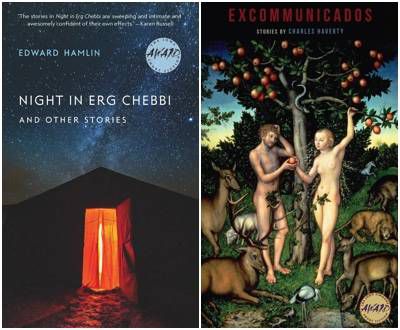 Night in Erg Chebbi and Other Stories spans the globe, taking us from Belfast to Brazil, Morocco to Manhattan. The teenaged daughter of an IRA assassin flees Northern Ireland only to end up in Baby Doc’s terrifying Haiti. An American woman who’s betrayed her brother only to lose him to a Taliban bullet comes face to face with her demons during a vacation in Morocco. A famed photojournalist must find a way to bring her life’s work to closure before she goes blind. These characters must learn to improvise—quickly—when confronted with stark choices they never dreamed they’d have to make. Lyrical, immaculately constructed and deeply felt, these nine stories take us far beyond our comfort zones and deep into the wilds of the human heart.

Excommunicados charts the journeys of men, women, and children cast out of familiar territory into emotional terra incognita where people and things are rarely what they seem. These twelve stories are populated with ex-nuns and Freedom Riders, Chaucer scholars and strippers, out-of-work comedy writers and presidents, navigating their way through bedrooms and emergency rooms, backyard burial parties and airplane crash sites, the Piazza San Marco and the post-apocalyptic suburbs of Boston. There are secrets at the center of each of these daring and original stories—secrets that separate these characters from one another but grow in the mind and the heart, connecting them with all of us.

Short story collections can be found in every genre, and are perfect for readers of all stripes. Too busy for a novel? Read a short story when you have time. Want to settle in for hours of reading? Short stories give you varied worlds within two covers.

Books of Blood by Clive Barker

The Boat by Nam Le

The Complete Stories by Franz Kafka

The Divinity Gene by Mathew Trafford

Get In Trouble by Kelly Link

The Girl in the Flammable Skirt by Aimee Bender

How to Breathe Under Water by Julie Orringer

I Knew You’d Be Lovely by Alethea Black

The Last Animal by Abby Geni

The Lone Ranger and Tonto Fistfight in Heaven by Sherman Alexie

Night Side by Joyce Carol Oates

The Other Language by Francesca Marciano

A Portable Shelter by Kirsty Logan

The Simple Art of Murder by Raymond Chandler

Vampires in the Lemon Grove by Karen Russell

Varieties of Disturbance by Lydia Davis

Wanting Only to Be Heard by Jack Driscoll

The Wilds by Julia Elliott