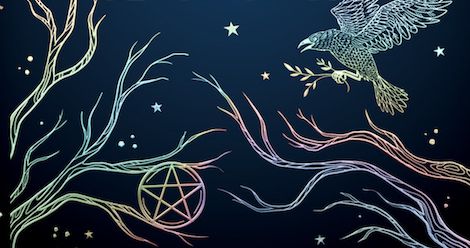 This giveaway is sponsored by The Wicked Deep by Shea Ernshaw. 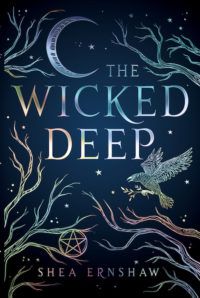 The Salem witchcraft trials meet Practical Magic and “Hocus Pocus” in this seductive tale about three sisters who return every summer in order to exact their revenge on the town that killed them for witchcraft two centuries ago.

Did you see Nicole Kidman and Sandra Bullock on the red carpet reminiscing about playing sister witches in “Practical Magic”? Did it put you in the mood for some page-turners about witches? Us too! So we asked, and as always, the Riot readers came through. Below are just some of your picks.

The Near Witch by Victoria Schwab

The Hangman’s Daughter by Oliver Pötzsch, translated by Lee Chadeayne

The Conjure Woman and Other Conjure Tales by Charles W. Chesnutt

The Wonderful Wizard of Oz by L. Frank Baum

The Witchfinder’s Sister by Beth Underdown

The Graces by Laure Eve

I, Tituba, Black Witch of Salem by Maryse Condé

A Hat Full of Sky by Terry Pratchett

Wicked: The Life and Times of the Wicked Witch of the West by Gregory Maguire

The Witch’s Trinity by Erika Mailman

The House of the Seven Gables by Nathaniel Hawthorne

Outside the Bones by Lyn Di Iorio

The Witch’s Market by Mingmei Yip

The Red of His Shadow by Mayra Montero

The Last Witchfinder by James Morrow