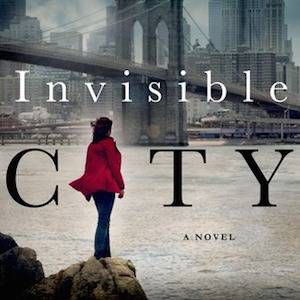 This giveaway is sponsored by Invisible City by Julia Dahl. Just months after Rebekah Roberts was born, her mother, an Hasidic Jew from Brooklyn, abandoned her Christian boyfriend and newborn baby to return to her religion. Neither Rebekah nor her father have heard from her since. Now a recent college graduate, Rebekah has moved to New York City to follow her dream of becoming a big-city reporter. But she’s also drawn to the idea of being closer to her mother, who might still be living in the Hasidic community in Brooklyn.Then Rebekah is called to cover the story of a murdered Hasidic woman. Rebekah’s shocked to learn that, because of the NYPD’s habit of kowtowing to the powerful ultra-Orthodox community, not only will the woman be buried without an autopsy, her killer may get away with murder. Rebekah can’t let the story end there. But getting to the truth won’t be easy—even as she immerses herself in the cloistered world where her mother grew up, it’s clear that she’s not welcome, and everyone she meets has a secret to keep from an outsider.In her riveting debut Invisible City, journalist Julia Dahl introduces a compelling new character in search of the truth about a murder and an understanding of her own heritage.

For this giveaway, we asked you to weigh in with your favorite case-cracking reporters in fiction and you responded with loads of favorites — over 40. Some of these are more case-crackers than reporters, but they’re still the folks who you’d call if you needed someone to take care of dirty business on the public record. Because there were so many answers, I separated them out for you by recurring characters in series and those who are in stand alone works.

Favorite Case-Cracking Reporters In A Series

The reporters from The Hollywood Headlines Series by Gemma Halliday

Freddie Lounds from The Hannibal Lecter Series by Thomas Harris

Alex Cross from The Alex Cross Series by James Patterson

Eddie Dunford from The Red Rising Quartet by David Peace

Bill Smithback from Relic, Cemetery Dance, and various other entries in the series by Douglas Preston and Lincoln Child

Nadine Furst and Eve Dallas from the In Death Series by J. D. Robb

The Narrator from World War Z: An Oral History of the Zombie War by Max Brooks

Jack McEvoy from The Poet by Michael Connelly

Rob Ryan from In the Woods by Tana French

Gray Grantham from The Pelican Brief by John Grisham

Julia Shumway in Under the Dome by Stephen King

Ashley from Tell Me Your Dreams by Sidney Sheldon

Skeeter from The Help by Kathryn Stockett