When we hear about really interesting and worthwhile book-related crowd funding projects out there, we try to bring some attention their way. Here are few of the ones that have caught our eye lately, including bookish films and print runs for small presses. 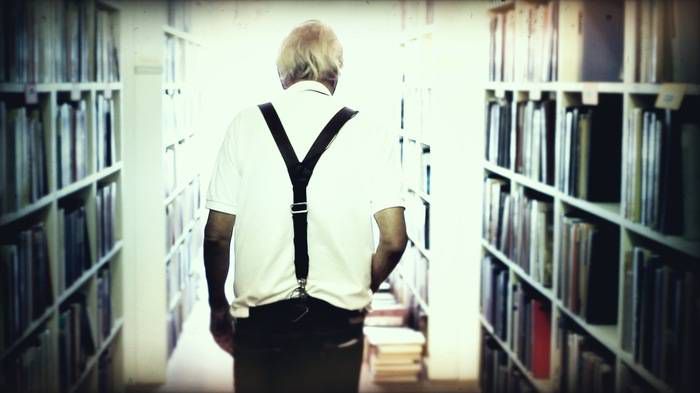 This documentary tells the story of more than 30,000 antiquarian books that Larry McMurtry auctioned from the collection housed at the four buildings that make up Booked Up, Inc. It was a carefully curated collection, made up from similar auctions and contained the books from more than 26 bookshops and 200 personal libraries.  Basically, he had ALL of the books. This documentary is essentially a masterwork of book porn. Perks for this project range from the very cool “I Buy Books” t-shirt to a chance to interview McMurtry and his writing partner. A big perk for a big donation was added recently – McMurtry’s personal (and autographed) typewriter. As of this writing, they’ve only raised about 20% of their $50,000 goal. The project ends on Monday, August 19 – GO FUND IT.

Red 14 Films, a company that makes cinematic book trailers, is seeking funding to produce 4 literary short films, specifically for the books Neighbors of Nothing by Jason Ockert, The Stud Book by Monica Drake, This Jealous Earth by Scott Dominic Carpenter, and In the House Upon the Dirt Between the Lake and the Woods by Matt Bell. To get an idea of what they are hoping to accomplish, watch this trailer for Debra Henry’s The Whipping Club. Supporting this project means also supporting the authors and, in some cases, the small presses that put their books on the shelves. Incentives for this project include signed copies of the books in question and book bundles from the publishing companies. They are just over halfway to their $10,000 goal, and the project ends on Saturday, August 24.

CROOKED and Other Oddities from Broken Eye Books 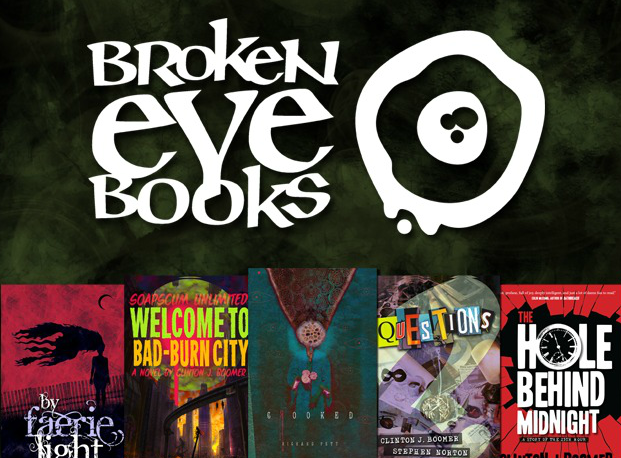 Their campaign starts off with this description: “STRANGE fiction by STRANGE people, for STRANGE people!” After reading the book descriptions, I’d have to say they are not exaggerating.  I’m a strange person, so I’m super interested in what they have to offer. This campaign is to raise funds to publish the next fig books on their list, including Crooked, a novel that merges elements of H.P. Lovecraft and Sir Arthur Conan Doyle. That’s definitely worth checking out. Perks for this campaign include short fiction, ebooks, and softcovers of the titles from the campaign.  They’ve raised about 20% of the $10,000 goal. The campaign is closing down on Thursday, September 5. 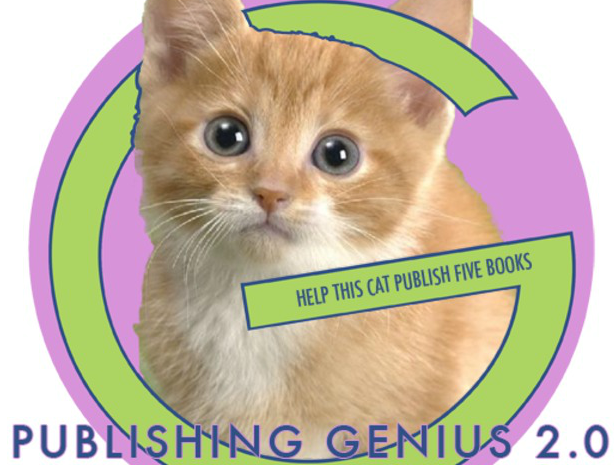 Publishing Genius is a small press based in Baltimore. They produce really interesting books, like Rachel Glaser’s short story collection Pee on Water, an inventive look at everything from umbrellas to time travel. It’s a pretty good read. This campaign hopes to raise the funds to publish the five books they have planned for 2014, including poetry, fiction, and a cookbook. They do good work, and these books (which they are revealing one at a time) are certainly deserving of a place on bookstore shelves. Perks for this project include ebooks, backlist titles, and subscriptions to the 2014 catalog. They have raised about 1/3 of the $10,000 they are seeking, and the campaign ends on Wednesday, September 11.