I’m going to be that obnoxious person and say that I took Donald Trump both literally and seriously during his campaign. As soon as he announced his candidacy, my body went into mild panic mode and I talked about said panic to anybody who could stand to listen. It wasn’t only that his rhetoric went after people like me: an immigrant, urban-dwelling Latina. It was that his figure was strangely and terrifyingly familiar to someone who is from Latin America and has lived in the region for a good portion of her life. Trump had all the traits of a stereotypical Latin American caudillo. My opinion on this has not changed during his first weeks in power.

Latin American literature is rife with novels that explore the region’s violent history and political upheaval. Yet, within that long list, there is a subgenre that has taken the time to examine, dissect and describe one looming figure: the Dictator. La novela del dictador or Dictator Novel usually takes a central authoritarian figure and tries to grasp the psychological motivations of both oppressor and the oppressed. Some Latin American dictator novels take traits from several dictators to create one fictional character, some refuse to name him but use enough allusions that make it easy for the reader to identify him, and quite a few are explicit about their critique. Most, if not all, decry past regimes and bring to light the many evils of the despotic governments their countries have suffered under.

I think there is something we can learn about our present time through the Latin American dictator novels. I agree that this may sound like a total exaggeration. After all, Trump was democratically elected. The system of checks and balances in the US is still functioning, mass protests have unfolded freely and the press continues to do its work. But the events of the last week are cause for unease and alarm. Even if the worst doesn’t happen within our borders, the rise of nationalist and authoritarian movements abroad are troublesome. It’s important to read about peaceful acts of resistance and uplifting stories of justice. Yet, I’m also of the idea that we should be aware of the very real dangers we face. This is what this list of Latin American dictator novels is meant to do. 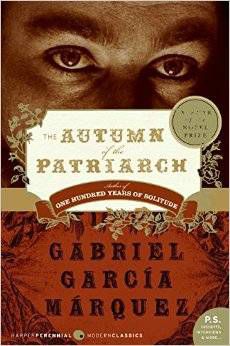 The Autumn of the Patriarch by Gabriel García Marquez

Known only as the General, the novel is basically a stream of consciousness of the dictator of an unnamed Caribbean nation at the end of his life. Steeped in the aesthetics of magical realism, the dictator takes on legendary proportions as we read about his birth as a deformed bastard of a bird woman to becoming a man who holds so much power he can sell the Caribbean Sea to the United States. Garcia Marquez demonstrates how a cult of personality can make otherwise rational people blind to a despot’s flawed humanity. 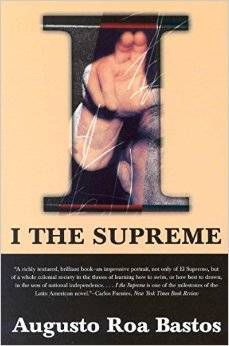 I, The Supreme by Augusto Roa Bastos

Roa Bastos’s novel focuses on José Gaspar Rodriguez Francia, who ruled Paraguay from 1816 to 1840. But I, The Supreme is not as concerned with the factual depiction of Francia as it is about the way writing can both wield and resist power. The book opens with an anonymous pamphlet supposedly written by Francia that orders his own death and that of his supporters. The dictator, obsessed with finding out who the real author is, uses the pamphlet as motivation to write his truth. Of course, his version is either supported or contradicted by the writing of other “official documents” within the text. It’s a reminder of how words can obfuscate, alter or enlighten our political reality. 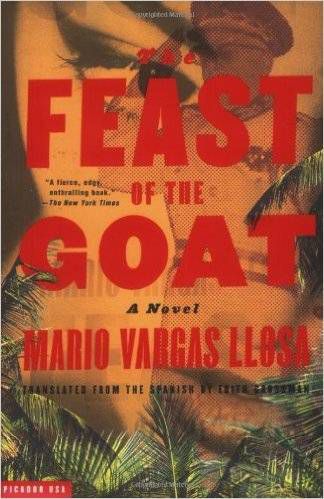 The Feast of the Goat by Mario Vargas Llosa

Based on Rafael Trujillo’s brutal regime in the Dominican Republic, and with some allusions to Fujimori’s own corrupt government in Peru, the Nobel Laureate’s novel intertwines three story lines: a victim of the regime, the trio of defectors that end up assassinating Trujillo, and the man himself. There is a lot going on in this novel about the role of memory and machismo, but one of the most important things it highlights is the complicity of Trujillo’s loyal men in his violence. It may be lonely at the top, but you don’t get there—or stay there—by yourself. 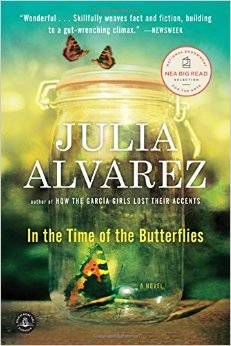 Though not considered a strict representative of the genre, it can be said that Alvarez’s novel subverts it. Most of the Dictator Novels are drenched in testosterone, both in the sense that their characters tend to be men as well as most of their authors. By fictionalizing the story of the Mirabal sisters, who were killed during Trujillo’s regime, Alvarez brings the voice of women to the forefront. On a more symbolic level, it also highlights how traditional gender roles are used as tools of oppression.

What other Latin American dictator novels would you recommend?