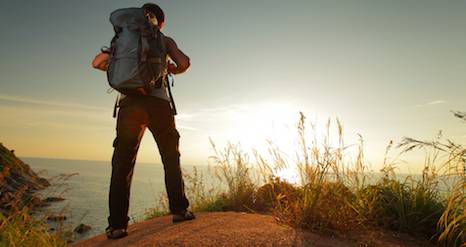 Welcome to the apocalypse! OK, not really (not yet, anyway). As a kid growing up in the San Francisco Bay Area, I always had some notion of the importance of preparedness. The SF earthquake of 1989 occurred when I had just turned five-years-old and that day forms some of my earliest memories. I’m familiar with ducking-and-covering and the importance of a Go Bag (also-known-as a Bug Out Bag). Over the past several years, I’ve become increasingly concerned about my overall lack of survival skills. Floods, fires, earthquakes, and the impending zombie apocalypse could all leave me homeless and resource-less. So I have been doing what I always do when I’m too lazy to take any real action: I read about it. Here are some of the best books I’ve read from the safety of my house. (It should be noted that I have never actually tried any of the techniques mentioned in this books because that requires leaving my couch, something I am loathe to do). 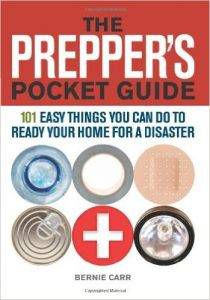 The Prepper’s Pocket Guide: 101 Easy Things You Can Do to Ready Your Home for a Disaster by Bernie Carr

By far my favorite of the bunch because it involves staying indoors, this short guide by the author of the Apartment Prepper blog, has simple, useful tips for things everyone can do to take their life a little more secure in the event of a disaster. While shows like Doomsday Preppers may have turned the term “prepper” into a pejorative word, this book is straightforward and practical. Offering checklists for supplies to have and tips for gaining access to clean water and food with limited resources, you’ll want this in your collection. 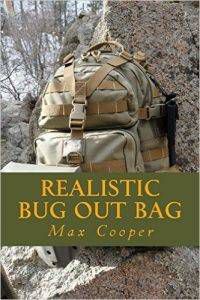 I bought a pre-packaged Bug Out Bag at Costco (it weighs approximately 5,391 pounds). The people who take the time to read this book and actually make a customized bag will probably fare much better than I will when the the locusts descend. Bug Out Bags have some universal staples like non-perishable food and iodine tablets but many of the most important items will be personal to the individual: medication, pet food, and copies of important documents. If you take none of the other advice in these books, at least get your BOB together. The author focuses on making sure an individual packs only what they can reasonably carry, which I can attest is an extremely important part of the BOB equation. 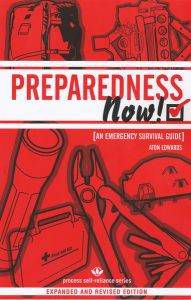 If you could have one person with you when the zombie/alien/robot sharks take over, Aton Edwards is the guy you’d want by your side. He founded the National Preparedness Network in 1988, which has since expanded to the International Preparedness Network. Preparedness Now is comprehensive, straightforward, and may scare the crap out of you. He’s going to tell you frightening things about chemical and nuclear weapons. He’s also, however, going to give you some ways of preparing for those things which, let’s be honest, we all need to know about now more than ever. For more information about Edwards and his work, check out http://readyforanything.org/. 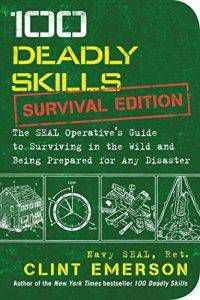 100 Deadly Skills: Survival Edition: The SEAL Operative’s Guide to Surviving in the Wild and Being Prepared for Any Disaster by Clint Emerson

To be honest, this book is probably for people more hardcore than me. Like, if I’m stranded in the woods somewhere and a bear is looking for his dinner, he’s going to look at me, laugh, and then swallow me in one bite. If I knew how to do all the things in this book, however, I would be able to not only find shelter and food in almost any situation, I’d also be able to negotiate my way out of a hostage situation and land a plane. (If you are picturing the end of Independence Day, you’re not alone.) For similarly hardcore instructions, take a look at these guidelines for Marines.