Yet what instead sprang to mind for me — as for many SFF fans — was Octavia Butler’s by turns brilliant and frightening 1998 novel, The Parable of the Talents. In the book, presidential candidate Andrew Steele Jarret also uses the campaign slogan, “Help Us to Make America Great Again.” The charming Christian-firster candidate is hardly a copy of Trump. But the book’s most frightening echo of contemporary politics is the portrayal of Steele’s anti-Other followers, who extralegally attack, imprison, rape, and murder all those they call “heathens.”

Although things get pretty bad, Steele’s thugs aren’t ascendant for long, and Butler’s novel has a positive ending. But, although hers might be the only one that has the same campaign slogan, it isn’t the only fictional world that fans suggest prefigures Trump. 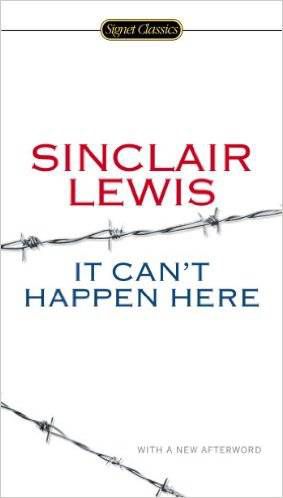 The Conversation and Salon both suggest that it’s Sinclair Lewis’s 1935 political satire It Can’t Happen Here that pre-echoes Trump’s 2016 run. Back in the 1930s, reviewers thought the populist at the book’s center — Berzelius “Buzz” Windrip — looked a lot like Huey Long, United States Senator, populist,  and best-selling author. From Windrip:

My one ambition is to get all Americans to realize that they are, and must continue to be, the greatest Race on the face of this old Earth, and second, to realize that whatever apparent differences there may be among us, in wealth, knowledge, skill, ancestry or strength–though, of course, all this does not apply to people who are racially different from us–we are all brothers, bound together in the great and wonderful bond of National Unity, for which we should all be very glad. 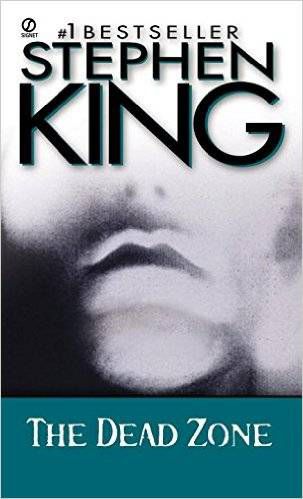 Stephen King fans, meanwhile, have been talking about similarities between Trump and the candidate in King’s 1979 novel, The Dead Zone. According to The Dallas Morning News’s Scoop Blog, Dead Zone candidate Greg Stillson “is initially written off by the political establishment as a goof and and a charlatan,” yet, “Stillson becomes an unexpected front-runner when voters alienated by politics-as-usual embrace his bellowing, say-it-like-it-is rhetoric:”

‘He’s a clown; so what?’ says one observer. ‘Maybe people need a little comic relief … They want to thumb their noses at a political establishment that doesn’t seem able to solve anything.'” 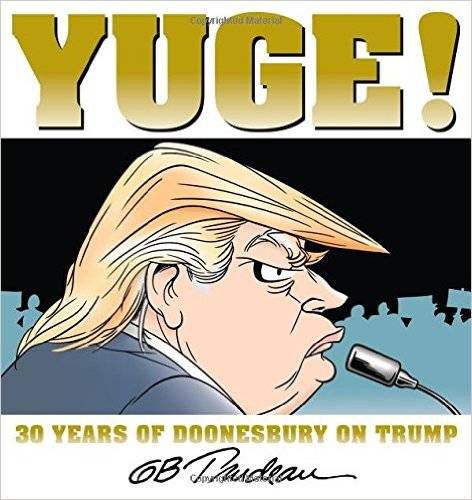 Finally, Garry Trudeau’s new book, Yuge! 30 Years of Doonesbury on Trump, published earlier this month, shows that Trudeau’s cartoons were suggesting Trump’s candidacy as early as 1987, after the developer-cum-author-cum-reality-TV-star-cum-candidate himself floated the idea as part of hyping The Art of the Deal. After Mike Doonesbury suggests it, his partner rebuts: “Oh, c’mon, a condo developer for president?”

After this, Mike makes another smirking prediction; that Trump’s government would have a “Secretary of Luxury Housing.”