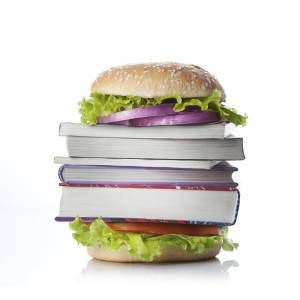 It’s January, which means it’s that time of year when many of us are on that blank-slate high, eager to start over and do all the things that we wanted to do last year. For a lot of people, January is diet season. Weight loss is a tricky subject these days; even though diets are (thankfully) no longer as in vogue as they used to be, ideas like “clean eating” still make you feel insecure about your eating habits. There are also movements like HAES, or “Health At Every Size,” that point out that you can be healthy and be a larger person, too–which is GREAT but can also have the effect of making one feel like one can’t talk about weight loss.

I fall in the middle somewhere. I loathe diets and I loathe the push to make people “skinny” but also really do need to stop putting so much stress on my knees and deal with my blood sugar. I have had to look extra hard to find information that works for me. Here’s what I found that has helped me immensely: 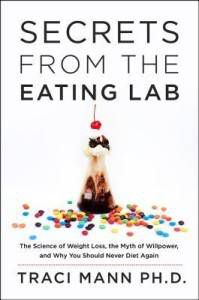 1. Secrets From The Eating Lab: The Science of Weight Loss, the Myth of Willpower, and Why You Should Never Diet Again by Traci Mann, Ph.D.

If you have ever struggled with your weight, then there are things you need to read in here. This book discusses why willpower is a bullshit myth, why diets don’t work (any diets, srsly), why genetics do matter when it comes to your weight, what the “obesity paradox” is, and a number of other revelations. I will say that the suggestions she makes aren’t that amazing–it’s really hard to write a book called “why diets don’t work” and talk about eating behavior modifications, because you know a lot of them aren’t effective–but the information is gold if for no other reason than this: if you are down on yourself for being obese, if you mentally punish yourself for a lack of willpower, you get to stop beating yourself up over it. 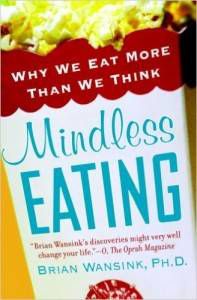 Mindless Eating is actually somewhat similar to Secrets From the Eating Lab; it even uses some of the same examples. I like both of these books, though, and find that Wansink’s book actually has better practical advice if you’re looking for that sort of thing. Plus, I’m a science junkie and literally can’t get enough examples of scientific studies about eating. This book also proved something pretty significant to me: there is little “virtue” just in being thin, because all people of all weights succumb to the same eating cues, even when they think they don’t. For someone who has had eating disorders and complicated feels about food, that revelation was a lot. 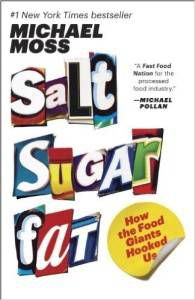 3. Salt Sugar Fat: How the Food Giants Hooked Us by Michael Moss

The changes in how we eat as a culture (Americans especially, though I’m sure this applies many places) have not been a product of chance. Salt Sugar Fat lays out some information that we need to know about the rise and domination of processed food and the huge influence that marketing has on what we eat. Also? It reveals how companies make processed food so damned addictive; for example, companies study exactly how much sugar they have to put into a food to make us repeat buyers, which is called the “bliss point.” This book both fascinated and angered me, and it taught me a lot about how food interacts with my body. 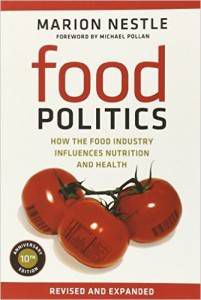 4. Food Politics: How the Food Industry Influences Nutrition and Health by Marion Nestle

Of the books on this list, Food Politics is probably the most dense (though it’s readable) and has the most information to absorb. Don’t let that put you off, though, because it’s also one of the most important if you live in America. Nestle breaks down how our dietary advice comes out of powerful food lobbying (like, decades ago when government nutrition guides should have been telling us to eat way less sugar? Yeah, no, they couldn’t tell us that because of industry interests. INDUSTRY. INTERESTS) and how inaccurate a lot of nutrition information is once it finally gets to us.

None of these books really tells you how to eat, but they give you something that–well, for me at least–works even better: the ability to figure out what dietary advice is total bullshit . . . which, as it turns out, is most of it. What food nonfiction opened your eyes about eating?