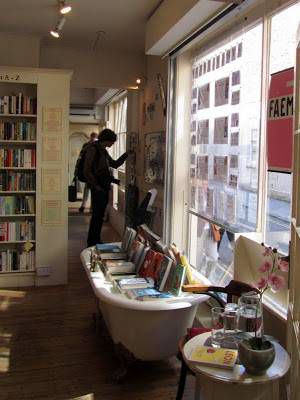 If you read English and enjoy books—which I’m guessing you do, because you’re reading this—then Britain is your motherland of literary tourism (oh yes, it is a thing). And like any tourist destination, you have your obvious locations to visit—the British Library, the Globe, the British Museum’s reading room—and Disneyland-ish tourist traps—Dickens World, Stratford-Upon-Avon, Haworth (a.k.a. Brontë Country), that house from 1995’s P&P, etc. I’m all for visiting cheesy tourism sites, but come on! I don’t want to spend all my time with the crowd when there are dozens of cooler places to be still my bookish heart. Barring further alliteration, here are four bookish places that are on my must-geek-out list. 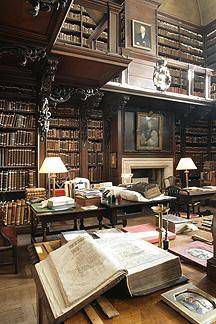 © The Chapter of St Paul’s Cathedral

St. Paul’s Cathedral Library, London
I’m not sure where I first heard about the library in St. Paul’s, but I find this relatively tiny and obscure library fascinating. The library’s catalogs go back to the 14th century, and the oldest book on its shelves is a collection of Psalms illuminated in the 1100s. Unfortunately, most of the medieval library collection was destroyed in the Great Fire and today the library is known for its treasury of 18th century books, as well as an interior unchanged since Christopher Wren first designed it. Pretty cool, eh? You have to make an appointment to get in, and the library is only open to researchers and students, but I’m pretty sure I can find some topic to research there. 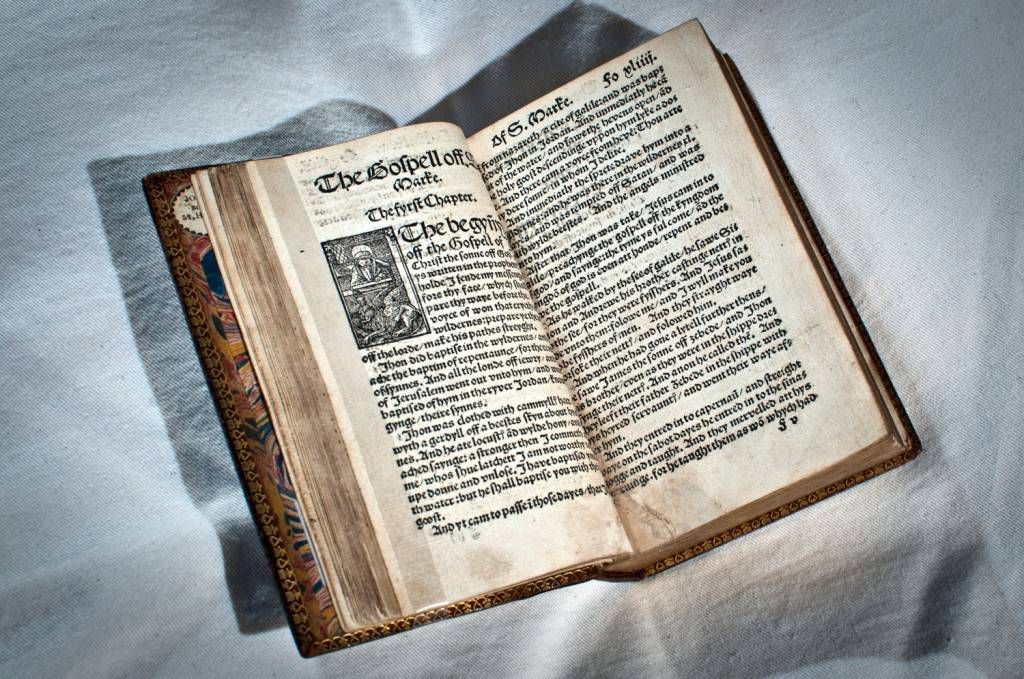 A copy of William Tyndale’s New Testament from the 16th century.
© The Chapter of St Paul’s Cathedral

A bath full of books in Bath.
© Ana Silva

In Reading Color Newsletter
A weekly newsletter focusing on literature by and about people of color!
Thank you for signing up! Keep an eye on your inbox.
By signing up you agree to our terms of use
I first heard about Mr. B.’s Emporium on the excellent book blog, things mean a lot. Mr. B’s has been voted the best independent bookshop in the UK twice and hosts tons of awesome events. There are pillows and lampshades signed by visiting authors like Patrick Ness, comfy chairs to sit in, and (obviously most important) rooms and rooms of books. It looks charming and unpretentious and most definitely like a destination bookstore. Also: Bath! 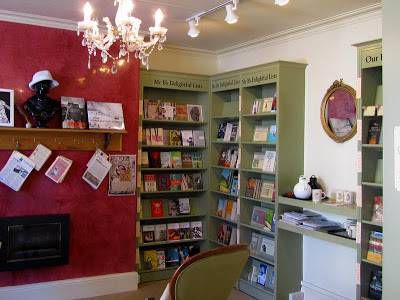 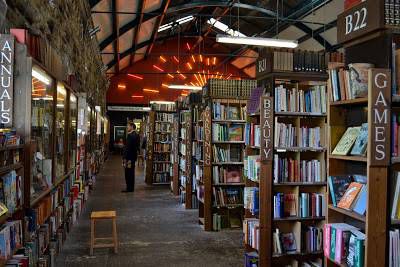 
This is another find from things mean a lot. Like the Musée d’Orsay (awesome museum or awesomest museum?), Barter Books is housed in a restored and converted 19th-century train station, this one designed by William Bell. It’s one of the largest used bookshops in Europe, pulling in about 20,000 visitors a year. The selection is overwhelming and covers just about any type of book you can think of, from rare editions worth thousands of pounds to recent paperbacks; from romances to epic literature. I have a terrible weakness for used bookstores and I know, I just KNOW, I’d find a Penguin edition of an Agatha Christie novel in this place. And then my life would be complete. 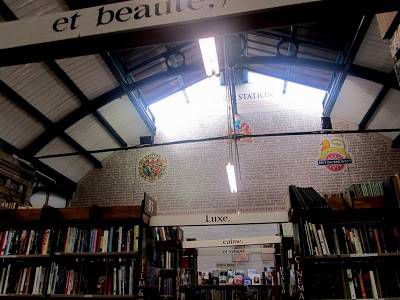 Edinburgh, Scotland
Can an entire city be a bookish place? I’d say in the case of Edinburgh, yes. Not only has it been home to countless kick-ass writers—Robert Louis Stevenson, Arthur Conan Doyle, JK Rowling, and Alexander McCall Smith, just to name a few—it’s been dubbed the world’s first City of Literature by UNESCO and was listed as the most literary city in the world by National Geographic. What I’m really interested in, though, is the Edinburgh Book Festival, which lasts for THREE WHOLE WEEKS in August and features literally hundreds of authors like Neil Gaiman, Neal Stephenson, all other authors named Neil/Neal/Niall; Yann Martel, Toni Morrison, Margaret Atwood, JK Rowling, blah blah blah. Basically think of a well-known author and they’ve probably been part of the Edinburgh Book Festival at one point. It’s an author stalker’s dream! This is surely the earthly equivalent of book heaven. 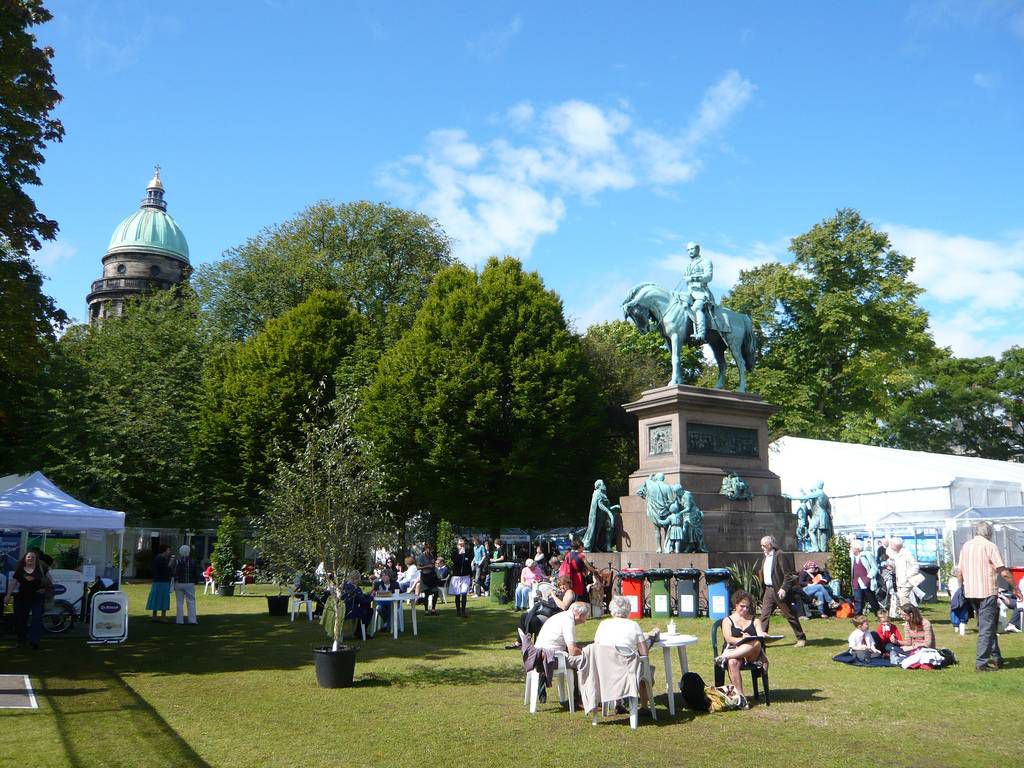 Charlotte Square, the hub of the Edinburgh Book Festival.
Image by goforchris via Flickr.

Have some must-visit locations of your own? Please share in the comments!