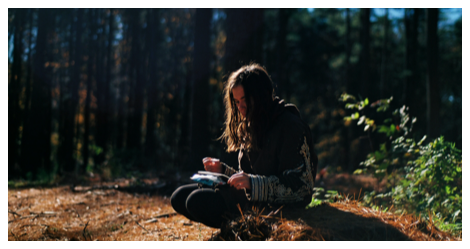 Continuing on the theme of highlighting YA books that feature girls and their stories, this week, let’s take a look at the role they played in labor reform and the labor movement.

As a general frame of reference, the books below are set in the late 1800s and early 1900s, prior to the passage of Women’s Suffrage (which, for those who aren’t aware, was limited to voting rights for white women only, as voting rights for Native women and women of color came later). This was the era of industrialization in the USA and it was a time when few regulations were standard or even present in the workplace. This meant long hours, low pay, and abysmal conditions for workers whose labor pumped up industry after industry that didn’t give a single damn about them.

It was badass ladies, though, who really spoke up and out about what was going on and rallied to get things changed. To be quite clear here, the bulk of stories about the women involved in Labor reform for YA are about white women; not all of them are, though, as there is representation from a Jewish girl, among others. That said, this is a space in history where both fiction and nonfiction could be visited and revisited to tell the stories about women and girls of color doing this work, too.

Because we know they were, even if we don’t know their stories as well.

It’s also worth noting that there’s a lack of books about some of the most well-known labor reform leaders for young adults, including an absolute dearth about Jane Addams. 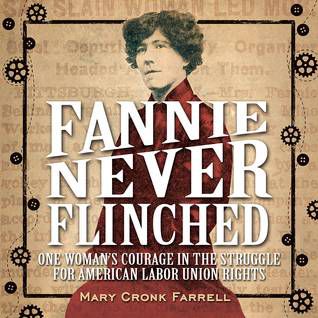 Fannie Sellins (1872–1919) lived during the Gilded Age of American Industrialization, when the Carnegies and Morgans wore jewels while their laborers wore rags. Fannie dreamed that America could achieve its ideals of equality and justice for all, and she sacrificed her life to help that dream come true. Fannie became a union activist, helping to create St. Louis, Missouri, Local 67 of the United Garment Workers of America. She traveled the nation and eventually gave her life, calling for fair wages and decent working and living conditions for workers in both the garment and mining industries. Her accomplishments live on today.

*This title skews younger, but absolutely worth including in this round-up anyway. 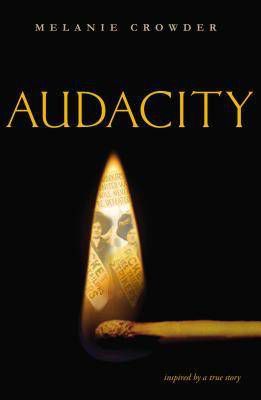 Audacity is inspired by the real-life story of Clara Lemlich, a spirited young woman who emigrated from Russia to New York at the turn of the twentieth century and fought tenaciously for equal rights. Bucking the norms of both her traditional Jewish family and societal conventions, Clara refuses to accept substandard working conditions in the factories on Manhattan’s Lower East Side. For years, Clara devotes herself to the labor fight, speaking up for those who suffer in silence. In time, Clara convinces the women in the factories to strike, organize, and unionize, culminating in the famous Uprising of the 20,000. 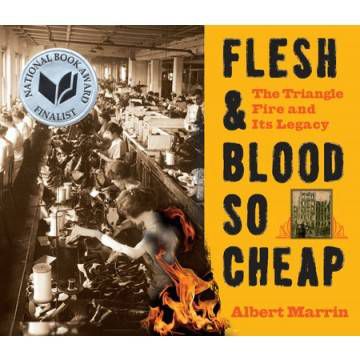 Flesh and Blood So Cheap by Albert Marrin

On March 25, 1911, the Triangle Shirtwaist Factory in New York City burst into flames.  The factory was crowded.  The doors were locked to ensure workers stay inside.  One hundred forty-six people—mostly women—perished; it was one of the most lethal workplace fires in American history until September 11, 2001.

But the story of the fire is not the story of one accidental moment in time.  It is a story of immigration and hard work to make it in a new country, as Italians and Jews and others traveled to America to find a better life.  It is the story of poor working conditions and greedy bosses, as garment workers discovered the endless sacrifices required to make ends meet.  It is the story of unimaginable, but avoidable, disaster.  And it the story of the unquenchable pride and activism of fearless immigrants and women who stood up to business, got America on their side, and finally changed working conditions for our entire nation, initiating radical new laws we take for granted today. 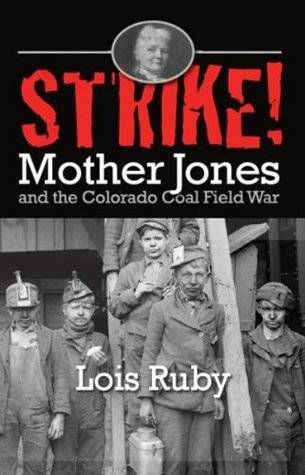 When the bloodiest labor dispute in U.S. history burst forth in 1913-14 in the coal fields of Southern Colorado, the miners knew whom to praise, and the owners knew whom to blame. Mary Harris Jones, known from New York to Colorado as Mother Jones, could incite a riot or calm a crowd with her amazing oratory gifts. She dedicated her life to helping miners organize to negotiate, even demand, better wages and working conditions.“I hope there is no war in Trinidad,” Mother Jones had said, referring to the entire Trinidad coal field expanse, “for it will cause suffering. But if the war has to be made that the boys in the mines may have their rights let it come!” In the long run, did she help or harm the progress toward workers’ rights? Were the deaths of mothers and children at Ludlow too great a price to pay?“It is extremely important that readers of all ages know what happened at Ludlow, and the role played by that spectacular rabble-rouser, Mother Jones. Lois Ruby has told this gripping story with just the right balance of fact and dramatic power. The eyes of the nation were on southern Colorado in 1914, when much that has made America what it is—the lives of immigrants, the conflict between corporate power and organized labor—lay in the balance.