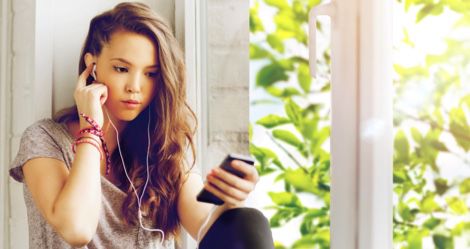 This Riot Recommendation for your favorite YA audiobooks is sponsored by Nobody Real by Steven Camden, published by HarperCollins. 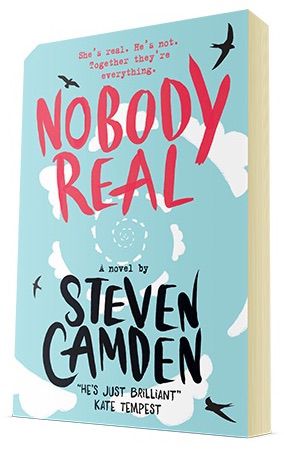 For years, Marcie has been hitching a ride on the train of her best friend Cara’s life. Now there’s only one more summer until they’re off to college as planned. But Marcie has a secret, and time is running out for her to decide what she really wants. Thor was also Marcie’s friend—before she cast him out—and time is running out for him too. But Thor is not real. And that’s a real problem. This is the story of a teenage girl and the return of her imaginary friend, and we guarantee you’ve never read anything like it.

YA and audiobooks—now there’s a winning combination! Need to distract yourself while getting some chores done? Are you hitting the road back to campus for a new semester? Do you just want to consume a book without anyone trying to talk to you? We know we often do! So we asked you to come visit the comments and leave us a recommendation for YA books best taken aurally. And here is just a small sample of the suggestions you put forth!

See You In the Cosmos by Jack Cheng

Carve the Mark by Veronica Roth

Not the Girls You’re Looking For by Aminah Mae Safi

Reign of the Fallen by Sarah Glenn Marsh

A Short History of the Girl Next Door by Jared Reck

The Great American Whatever by Tim Federle

Places No One Knows by Brenna Yovanoff

The Passion of Dolssa by Julie Berry

A Million Junes by Emily Henry

Monday’s Not Coming by Tiffany Jackson

If There’s No Tomorrow by Jennifer L. Armentrout