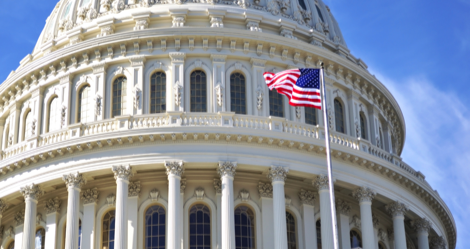 This giveaway asking you to share your favorite political biography is sponsored by Elizabeth Warren: Her Fight. Her Work. Her Life by Antonia Felix. 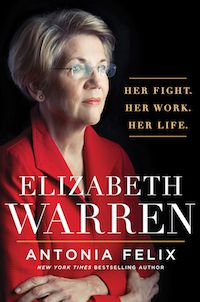 Elizabeth Warren’s rise as one of America’s most powerful women is a stirring lesson in persistence. From her fierce support of the middle class to her unapologetic response to political bullies, Warren is known as a passionate yet plain-speaking champion of equity and fairness. In the wake of one fellow senator’s effort to silence her in 2016, three words became a rallying cry across the country:

In this breakthrough biography, bestselling author Antonia Felix reveals how Warren brought her expertise to Washington to become an icon of progressive politics in a deeply divided nation.

How do we bookish people get in the midterms mood? We read political biographies! Whether they’re of statesmen from yore or contemporary D.C. players, political biographies are fascinating. Great ones illuminate a whole time and place, as well as the subject’s sphere of influence. So we asked you to provide a political biography recommendation as part of your entry for the above giveaway, and here are some of the most popular suggestions!

The Marquis by Laura Auricchio

The Secretary: A Journey With Hillary Clinton From Beirut to the Heart of American Power by Kim Ghattas

Lincoln and the Abolitionists by Fred Kaplan

The Woman Behind the New Deal by Kristin Downey

The Three Lives of James Madison by Noah Feldman

Sisters in Law: How Sandra Day O’Connor and Ruth Bader Ginsburg Went to the Supreme Court and Changed the World Linda Hirshman

The Firebrand and the First Lady by Patricia Bell-Scott

Master of the Senate by Robert A. Caro

Richard Nixon by John A. Farrell

The Revolution of Robert Kennedy by John R. Bohrer

One Man Against the World by Tim Weiner

What It Takes by Richard Ben Cramer