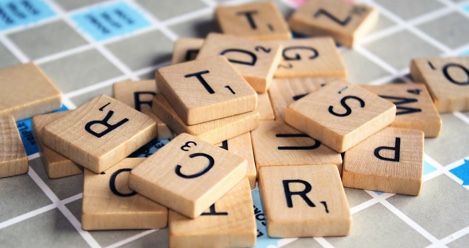 Sponsored by Hanover Square Press and Guess Who by Chris McGeorge

Can’t talk—studying for the next game.

The awards, which come with cash prizes of $50,000, are among the newest and most lucrative literary awards in the United States. They are given out in three categories: fiction, nonfiction and young readers’ literature.

🔥 HELLO 🔥🔥🔥🔥🔥🔥🔥🔥 ANNOUNCEMENT 🔥🔥🔥🔥🔥 MAY 2019 🔥🔥🔥🔥🔥🔥🔥🔥🔥🔥🔥🔥🔥🔥🔥🔥🔥🔥 “The firebrand New York Times columnist and bestselling author of Shrill provides a brilliant and incisive look at how patriarchy, intolerance, and misogyny have conquered not just politics but American culture itself. What do Adam Sandler, Donald Trump, and South Park have in common? Why are myths like “reverse sexism” and “political correctness” so seductive? And why do movie classics of yore, from Sixteen Candles to Revenge of the Nerds, make rape look like so much silly fun? With Lindy West’s signature wit and in her uniquely incendiary voice, THE WITCHES ARE COMING lays out a grand theory of America that explains why Trump’s election was, in many ways, a foregone conclusion. As West reveals through fascinating journeys across the landscapes of pop culture, the lies that fostered the catastrophic resentment that boiled over in the 2016 presidential race did not spring from a vacuum. They have in fact been woven into America’s DNA, cultivated by generations of mediocre white men and fed to the masses with such fury that we have become unable to recognize them as lies at all. Whether it be the notion overheard since the earliest moments of the #MeToo movement that feminism has gone too far or the insistence that holding someone accountable for his actions amounts to a “witch hunt,” THE WITCHES ARE COMING exposes the lies that many have chosen to believe and the often unexpected figures who have furthered them. Along the way, it unravels the tightening link between culture and politics, identifying in the memes, music, and movies we’ve loved the seeds of the neoreactionary movement now surging through the nation. Sprawling, funny, scorching, and illuminating, THE WITCHES ARE COMING shows West at the top of her intellectual and comic powers. As much a celebration of America's potential as a condemnation of our failures, some will call it a witch hunt. To which West would reply, so be it: “I'm a witch and I'm hunting you.””