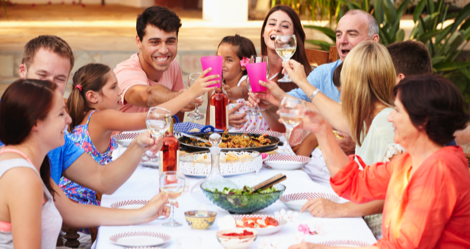 This Riot Recommendation for favorite multigenerational books is sponsored by Number One Chinese Restaurant by Lillian Li. Published by Henry Holt & Co. 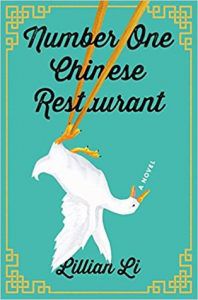 The Beijing Duck House in Rockville, Maryland is not only a go-to solution for hunger pangs and a beloved setting for celebrations; it is also its own world, inhabited by waiters and kitchen staff who have been fighting, loving, and aging within its walls for decades. Generous in spirit, unaffected in its intelligence, multivoiced, poignant, and darkly funny, Number One Chinese Restaurant looks beyond red tablecloths and silkscreen murals to share an unforgettable story about youth and aging, parents and children, and all the ways that our families destroy us while also keeping us grounded and alive.

But seriously. A good multigenerational novel gives you something that you can’t get in reality: an intimate longview of family dynamics playing out across decades. Below are just some of the multigenerational books you told us we just gotta read.

…And Ladies of the Club by Helen Hooven

The Almost Sisters by Joshilyn Jackson

The Last Anniversary by Liane Moriarty

The Plague of Doves by Louise Erdrich

As Close to Us as Breathing by Elizabeth Poliner

TheSignature of All Things by Elizabeth Gilbert

The Japanese Lover by Isabel Allende

The Twelve Tribes of Hattie by Ayana Mathis

The Forsyte Saga by John Galsworthy