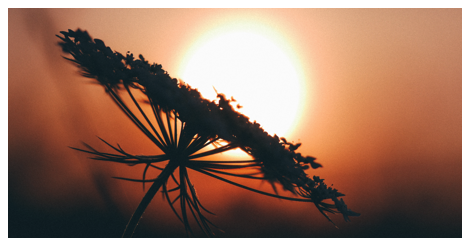 Welcome to the Solstice. In the northern hemisphere, we’re enjoying the longest day of the year, with — hopefully! — the longest period of sunlight. From here on out, the day light gets just a touch shorter. 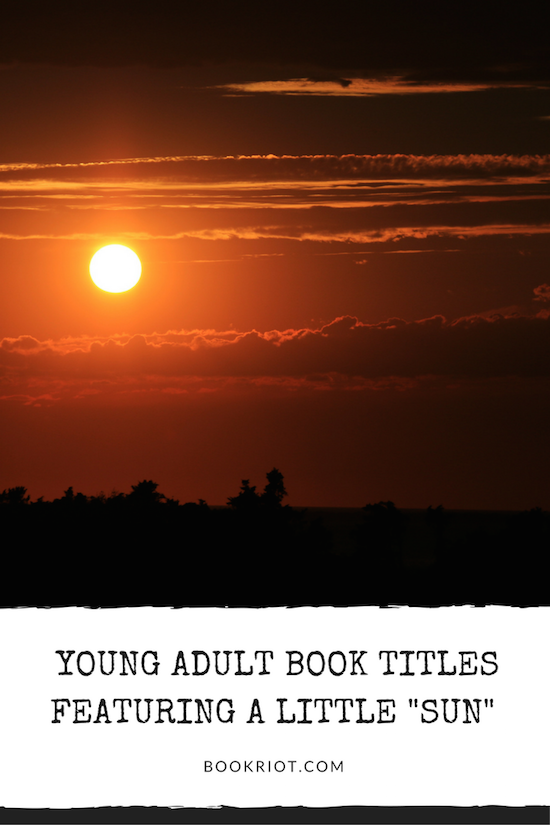 In honor of the longest day of sun on this side of the planet, it seems fitting to do a round-up of YA books that honor the sun in their titles. Some you’ll be familiar with and others might be new. If you’ve got a favorite YA “Sun” title, drop it in the comments.

And of course, since it is the day of longest light, you have the perfect opportunity to read just a few minutes more. 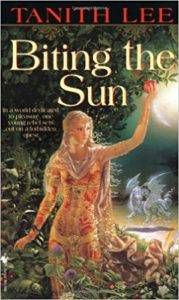 Biting The Sun by Tanith Lee

It’s a perfect existence, a world in which no pleasure is off-limits, no risk is too dangerous, and no responsibilities can cramp your style. Not if you’re Jang: a caste of libertine teenagers in the city of Four BEE. But when you’re expected to make trouble–when you can kill yourself on a whim and return in another body, when you’re encouraged to change genders at will and experience whatever you desire–you’ve got no reason to rebel…until making love and raising hell, daring death and running wild just leave you cold and empty.

Ravenous for true adventures of the mind and body, desperate to find some meaning, one restless spirit finally bucks the system–and by shattering the rules, strikes at the very heart of a soulless society. 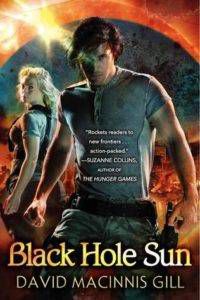 It’s hot. The air reeks of burning fuel; the rivers and lakes seethe with sulfur. In the shadows, evil men plot terror and beasts hunt the innocent. Out on the barren crags of the terraformed planet, there is nowhere to hide. No one to heed a call for help.

No one, except Durango. 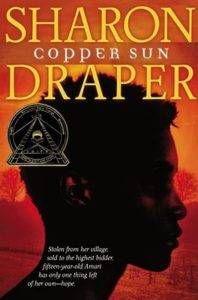 Amari’s life was once perfect. Engaged to the handsomest man in her tribe, adored by her family, and living in a beautiful village, she could not have imagined everything could be taken away from her in an instant. But when slave traders invade her village and brutally murder her entire family, Amari finds herself dragged away to a slave ship headed to the Carolinas, where she is bought by a plantation owner and given to his son as a birthday present.

Survival seems all that Amari can hope for. But then an act of unimaginable cruelty provides her with an opportunity to escape, and with an indentured servant named Polly she flees to Fort Mose, Florida, in search of sanctuary at the Spanish colony. Can the elusive dream of freedom sustain Amari and Polly on their arduous journey, fraught with hardship and danger? 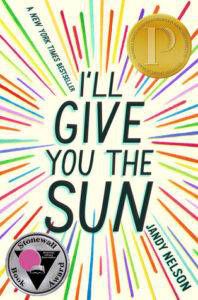 At first, Jude and her twin brother are NoahandJude; inseparable. Noah draws constantly and is falling in love with the charismatic boy next door, while daredevil Jude wears red-red lipstick, cliff-dives, and does all the talking for both of them.

Years later, they are barely speaking. Something has happened to change the twins in different yet equally devastating ways . . . but then Jude meets an intriguing, irresistible boy and a mysterious new mentor.

The early years are Noah’s to tell; the later years are Jude’s. But they each have only half the story, and if they can only find their way back to one another, they’ll have a chance to remake their world. 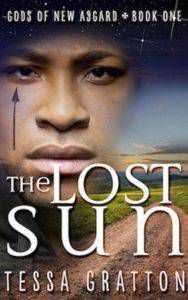 The Lost Sun by Tessa Gratton

Seventeen-year-old Soren Bearskin is trying to escape the past. His father, a famed warrior, lost himself to the battle-frenzy and killed thirteen innocent people. Soren cannot deny that berserking is in his blood–the fevers, insomnia, and occasional feelings of uncontrollable rage haunt him. So he tries to remain calm and detached from everyone at Sanctus Sigurd’s Academy. But that’s hard to do when a popular, beautiful girl like Astrid Glyn tells Soren she dreams of him. That’s not all Astrid dreams of–the daughter of a renowned prophetess, Astrid is coming into her own inherited abilities.

When Baldur, son of Odin and one of the most popular gods in the country, goes missing, Astrid sees where he is and convinces Soren to join her on a road trip that will take them to find not only a lost god, but also who they are beyond the legacy of their parents and everything they’ve been told they have to be. 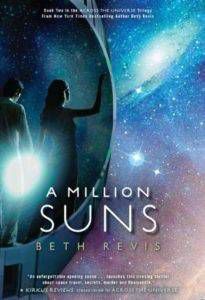 A Million Suns by Beth Revis (second in a series, so reader beware!)

Godspeed was once fueled by lies. Now it is ruled by chaos.

It’s been three months since Amy was unplugged. The life she always knew is over. Everywhere she looks, she sees the walls of the spaceship Godspeed.

But there may be hope: Elder has assumed leadership of the ship. He’s finally free to act on his vision—no more Phydus, no more lies.

But when Elder learns shocking news about the ship, he and Amy race to discover the truth behind life on Godspeed. They must work together to unlock a mystery that was set in motion hundreds of years earlier. Their success—or failure—will determine the fate of the 2,298 passengers aboard Godspeed. But with each step, the journey becomes more perilous, the ship more chaotic, and the love between them more impossible to fight. 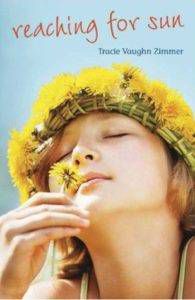 Josie Wyatt knows what it means to be different. Her family’s small farmhouse seems to shrink each time another mansion grows up behind it. She lives with her career-obsessed mom and opinionated Gran, but has never known her father. Then there’s her cerebral palsy: even if Josie wants to forget that she was born with a disability, her mom can’t seem to let it go. Yet when a strange new boy—Jordan—moves into one of the houses nearby, he seems oblivious to all the things that make Josie different. Before long, Josie finds herself reaching out for something she’s never really known: a friend… and possibly more. Interlinked free verse poems tell the beautiful, heartfelt story of a girl, a family farm reduced to a garden, and a year of unforgettable growth. 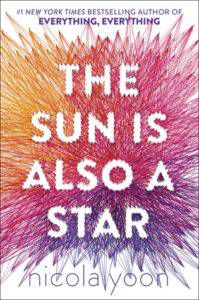 The Sun is Also A Star by Nicola Yoon

Natasha: I’m a girl who believes in science and facts. Not fate. Not destiny. Or dreams that will never come true. I’m definitely not the kind of girl who meets a cute boy on a crowded New York City street and falls in love with him. Not when my family is twelve hours away from being deported to Jamaica. Falling in love with him won’t be my story.

Daniel: I’ve always been the good son, the good student, living up to my parents’ high expectations. Never the poet. Or the dreamer. But when I see her, I forget about all that. Something about Natasha makes me think that fate has something much more extraordinary in store—for both of us.

The Universe: Every moment in our lives has brought us to this single moment. A million futures lie before us. Which one will come true? 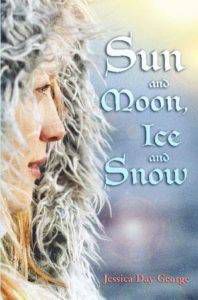 Sun and Moon, Ice and Snow by Jessica Day George

“Blessed” or “cursed” with an ability to understand animals, the Lass (as she’s known to her family) has always been an oddball. And when an isbjorn (polar bear) seeks her out, and promises that her family will become rich if only the Lass will accompany him to his castle, she doesn’t hesitate. But the bear is not what he seems, nor is his castle, which is made of ice and inhabited by a silent staff of servants. Only a grueling journey on the backs of the four winds will reveal the truth: the bear is really a prince who’s been enchanted by a troll queen, and the Lass must come up with a way to free him before he’s forced to marry a troll princess. 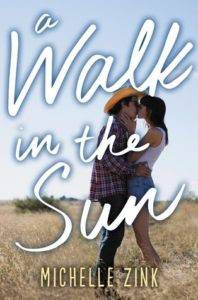 A Walk in the Sun by Michelle Zink

Rose Darrow never wanted to spend her life working on her family’s farm. But when her family is rocked by an unexpected tragedy she has no choice but to put her plans for the future—and dreams of escaping her small town—on hold.

Bodhi Lowell left home as a kid and hasn’t looked back. Years of working farm jobs has given him the one thing he wants most: freedom to travel without answering to anyone. He’s already looking past his job at Darrow Farm and plans on leaving in September—until he meets Rose.

Curious why there are more than 3 titles on many of these lists? The answer is that sometimes…it’s hard to cut them down.