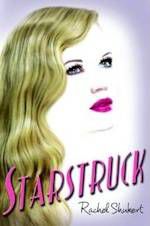 I would not battle for the crown of Queen of the YA Readers, there’s no way I’m winning that Game of Thrones, I would lose that tiara-diadem to about a bajillion book bloggers. But I do like YA, I usually manage to read one a month, and a couple of those books always find their way into my end of the year “Best of” list.

That said, I’m sick to death of the subgenres that oversaturate the market. I just can’t commit to a dystopian or urban fantasy YA novel– I’m too busy looking for what’s derivative and overdone page by page to actually enjoy what I’m reading. However, I do have some underrepresented sub-genres I would love to see get more play. Below a list.

After reading Rachel Shukert’s Starstruck (about teen starlets in Great Depression-era Hollywood), I started getting really excited about the idea of Sexy Teen American History.

My favorite pitch for this is a hormoned-up Little House on the Prairie. Hot Pioneers! Come on! Can’t you see hunting bison turning into prairie kids losing their virginity and a love triangle being broken up because one pioneer boyfriend dies of typhoid-measles and the other pioneer boyfriend drowns because Indians attack while he’s trying to ford his caulked wagon across the river? Hot Pioneers! 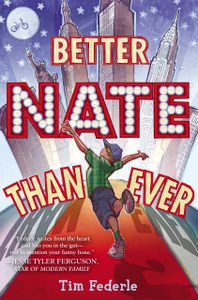 When I was in high school, I had a bumper sticker that read “Theater is Magic,” because apparently I wanted my car keyed. But it’s true. Theater is magic. And high school theater is SUPER-SIZED magic. Kids with big dreams trying really hard to be good at iambic pentameter? COME ON!

I love following the adventures of kids trying to do a show. Mickey Rooney and Judy Garland putting on plays in barns represents my Platonic Ideal of Movies. My friend Tim Federle came out with middle-grade novel Better Nate Than Ever this year about a kid running away from his hometown of Pittsburgh to audition for E.T.: The Musical, and his exploits are just about the cutest thing I’ve read in middle-grade fiction.

My best pitch for this subgenre is “Teen Techies.” They are the nerdiest of theater kids and good golly, Miss Molly, is that saying something. They’re also the only subset of nerds that haven’t really gotten their fictional due (gamers, you are great, but we’ve heard enough from you).

I also am obsessed with the high school girls that get on The Voice (the only reality television I watch, which is still like three hours of my week, even though I multitask and do emails at the same time I am sufficiently ashamed, thank you). I would devour a Love Song of Jonny Valentine-like novel (not YA I know, but adolescent first-person protagonist, basically the same thing) about a girl who always gets ensemble in her high school musicals because her failed actor theater teacher hates her, who ends up getting to compete on The Voice because Shakira, Usher, Adam, and Blake all turn their chairs around for her. 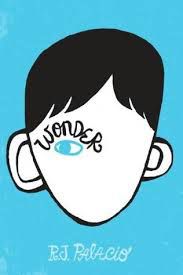 3.) The Saddest Fucking Things That Can Happen to People Happening to Teenagers

Look, the two books that made me cry last year were Wonder by R.J. Palacio (technically middle grade, whatever) and The Fault in Our Stars by John Green (technically overwritten, double whatever). The hardships these characters faced were so sad sometimes it felt like these books had hands and these hands were holding scalpels and these scalpels were cutting my chest open without me being anesthetized first.

So here’s the plan. Just make your protagonist fifteen years old and turn the sad up to eleven. Boom, book.  It’s so perfect because your teen characters can still be angsty but it’s FOR A REALLY GOOD REASON. Like mortality.  I actually think Tragic Adolescence has a shot at overtaking Derivative Dystopian. Certainly more so than Theater Techies. Unfortunately. UNFORTUNATELY. But don’t rule out Hot Teen Pioneers. I’m putting my money on that dark horse. Or dark covered wagon, whatever.

What YA Subgenre do YOU hope becomes the next hot thingamajig?