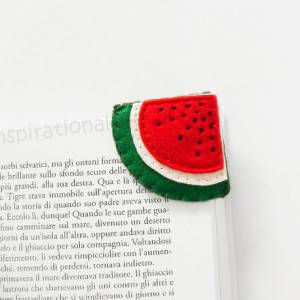 It’s messy and weird-looking, and if you do it wrong it’s awkward and confusing and likely to leave you with a nosebleed or a pulled groin muscle. I mean, maybe you take sex very seriously, in which case, you should probably click somewhere else, but personally, I feel like sometimes you have to laugh. If you love sex, kink, power exchange, and full frontal nudity, and you think it’s OK to joke about these things sometimes, then these wonderful webcomics are for you.

Even the vanilla moments are PG-13 in a world where rubbersuits are normal afternoon wear for an informal coffee date. Collar 6 by Steven Wallace

In a world where dominant and submissive energies translate into amazing psychic powers, Michelle and Laura find that these energies can be used for good or evil. There are plenty of opportunities for kinky sex, with a heavy emphasis on rubber suits and cropping, as they gather allies in their quest to save the world from total non-consensual domination.

Fortunately, characters tend to wear elaborate costumes in Superhero World, even if they do put their underwear on the outside. Curvy by M. Magdalene

Anais is a high school senior whose chance encounter with an extradimensional princess makes it unlikely that she’s going to pass her physics exam. Despoina Fauna, Princess of Candy World, is made out of black licorice and can heal bullet wounds with kisses, and soon she and Anais are accidentally married, totally in love, and on the run from multiple governments. They still find time for plenty of sweet and spicy sex with each other and various denizens of the many worlds through which they travel, like Jonathan the transhuman (assigned mermaid at birth) and Fauna’s servant-turned-revolutionary leader Nian, whose peppermint tentacles can be put to many sensual and freedom-fighting uses.

With the lame Prince Boglox of Stupid World, the psychotic vice president Angry T. Nelson of Boring World, and the unpredictable but power-hungry Liar, Mallory, on their trail, Anais and Fauna negotiate the perils of interdimensional travel, parental expectations, rampant polyamory, and civil war with bubbly good nature. And sex. Lots of sex.

The logical solution in Oglaf by Trudy Cooper and Doug Bayne. You have no idea how difficult it was to find a panel in which the characters were being interesting and wearing clothes at the same time.

Words can’t really do justice to this one, which sometimes offers a sort of cohesive storyline and a few recurring characters, but is also punctuated with one-shots, and depends more on outré humor than a serious arc. Our adventure begins with a hapless apprentice enslaved to an evil sorceress who has enchanted his ejaculate so that every time he masturbates, the resulting semen becomes animated and rats him out for having an orgasm without permission. Things never really get better for the apprentice, but most of the people around him seem to enjoy power exchange and fairy tale sex with a self-deprecating and frequently dangerous twist in a mythical, vaguely Dungeons and Dragons type universe.

This farcical series suggests that there’s something both utterly ridiculous about intercourse in general, and yet completely compelling. Whether it’s dwarves forging inane sex toys, shape shifters offering impossible encounters, untoward propositions from the undead, or the logistics of actually sexing up a snow queen, the strange vagaries of human and monster sexuality are offered up for the reader’s pleasure on a weekly basis.