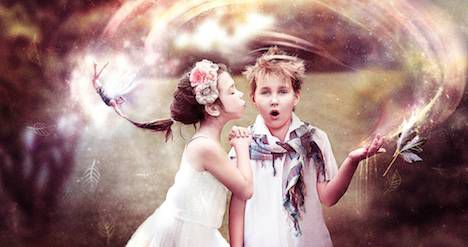 Peter Pan-inspired music is having kind of a moment. I was driving home the other night and realized there are three different songs I hear on the radio regularly (well, I discovered one of them on Pandora. But.) that are related, and I thought I’d share them with ya. They aren’t just related thematically – all three of these songs are part of a debut album or straight up the first song they ever produced. There’s something kind of magical in that.

The first is Ruth B’s “Lost Boy.” The story behind this song is fascinating, and you can read all about it on Billboard. The Cliff’s Notes are: this is the first song she’s ever written, and she didn’t even set out to write a song in the first place. She was inspired by an episode of Once Upon a Time, Vine’d a line of the song, and it went from there. The song is lovely, soulful, and quiet, and I love hearing it come on on the radio.

Next up, we’ve got “Neverland” by Takenobu. This one doesn’t have many lyrics, and it isn’t even super recent – the track was released in the album Introduction in 2007. But I absolutely love cello, which is a major element in Takenobu’s music, and bonus if you like supporting independent artists. I get a lot of work done with music like this in the background.

Last, here’s “Peter Pan” by Kelsea Ballerini. This track isn’t directly about Peter Pan, but compares someone to him. The lyrics are certainly relatable to anyone who fell in love with someone who wouldn’t settle down, so busy were they always looking for the next thing. “You’re always gonna fly away, just because you know you can.” If we’re being honest, this song reminded me a heck of a lot of Tiger Lily.