This month has seen the most successful publishing Kickstarter project ever – To Be or Not To Be: That is the Adventure, a choose-your-own-adventure take on Shakespeare’s Hamlet by Ryan North.  He has raised more than $370,000.  He was only asking for $20,000.  His success has led to a full-color edition of the book, a prequel, extra illustrations, a squishable Yorick skull, and free copies to be sent to schools. He is, pretty much, the Amanda Palmer of the publishing world.  But not all Kickstarter projects do so well. They need our support.  Here are a few that I’d like to see get a boost. 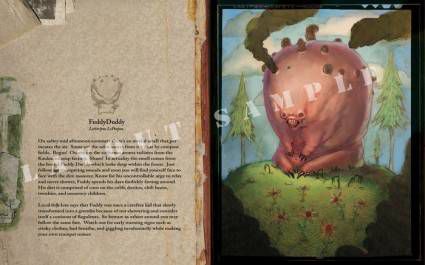 Closet Monsters tells the story of Rufus, a young man who goes out into the world to discover that there are monsters all around him.  Just a grumpy bus driver? Nope. It’s a monster.  This book is Rufus’ field guide to all the monsters that he finds.  It is written and illustrated by Jason Felix, an artist from Wisconsin who currently works in the entertainment industry.  He’s worked for Wizards of the Coast, Random House, and Lucas LTD.  He’s published his own books, too, so he knows what he’s doing.

REWARDS INCLUDE: Extended PDF copies of the book, bound copies, and original artwork

Jett Smith and The Alien Grave 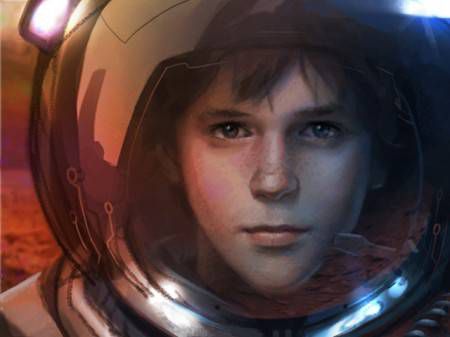 Andy Orr has written a science fiction novel for Middle Grade readers, but that will also appeal to science fiction fans of all ages.  Jett Smith is 12 years old.  He lives on Mars with his parents, and it is the only home he has ever known.  He has a life of adventure that young boys once dreamed of, but, for him, it is just the life he leads. That changes when he and his robot sidekick Al discover what could be the remains of ancient alien race.  Sounds pretty cool, right? Orr is asking for funds to pay an illustrator and a professional editor.

REWARDS INCLUDE:  eBook, print book, and Skype visit with author

It was this image that brought Tasos and Michael together to create the graphic novel Fascista.  It is a story inspired by what they both witnessed during the recent violent protests in the Mediterannean region.  In their words, “Fascista tells the story of a reclusive engineer whose invention pulls him into a power struggle during a time of protest.” The concept art for the story, some of which is shared on the project page and in the video, looks pretty stellar.  They are asking for funds for production and marketing, including attending Comic Cons in Athens and Malta.  If they raise enough, they will bring it to the US, too.  Did I mention that they are based in Cyprus?