It’s been a few weeks since the election now, but like many people I’m still wading through many difficult feelings. From the fear my students of color talk to me about, to the swastikas painted on a nearby playground, it’s hard to think of the upcoming years with out feeling an ever-changing cocktail of sadness, fear, and anger. Looking forward is hard. Looking back and processing the emotions of Hillary Clinton’s loss is hard too. I was not only looking forward to having our first female president. I was excited – thrilled even – about having a politician in the Oval Office who’d fought primarily for women and children for much of her career.

She’s been a personal hero of mine since I picked out a picture book about the then First Lady from my elementary school Scholastic book order. Regardless of the election results, she is still a hero of mine. And I think we should celebrate her as a feminist hero, albeit an imperfect one at times.

These three picture books bring different perspectives to the Hillary Rodham Clinton story. But all serve as great resources for those of us who want to keep her legacy alive in the memories of the children around us, for both boys and girls. 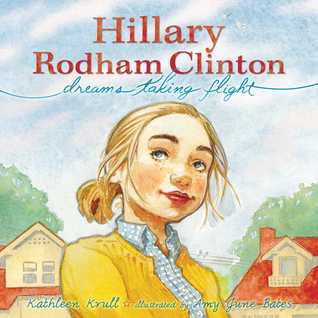 From her crushed childhood aspiration to become an astronaut to her 2008 campaign and time as Secretary of State, this book portrays Hillary Clinton as someone who always reaches for more. The illustrations and information are supplemented with affirmative messages for children reading the book, like take the lead role in your own life. Also delightful, are the supplemental pages at the end of the book detailing all the women who have run for president throughout America’s history. 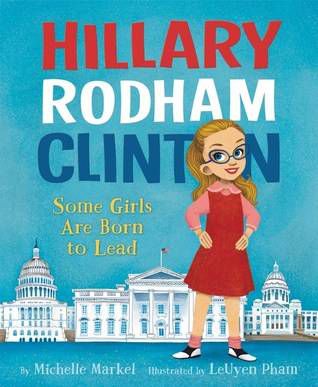 nton: Some Girls Are Born to Lead by Michelle Markel, illustrated by LeUyen Pham

This book covers much of the same information as Dreams Taking Flight but provides more thorough details. It uses Hillary as an example to show how difficult it was, and still can be, for women to break into America’s political system. Discussing the criticism Hillary’s received for being a woman and her struggle to balance work and family life, the tone remains positive throughout the story. The message is also the same: Hillary Rodham Clinton is a woman who we should celebrate and girls should aspire to reach their dreams no matter how high. 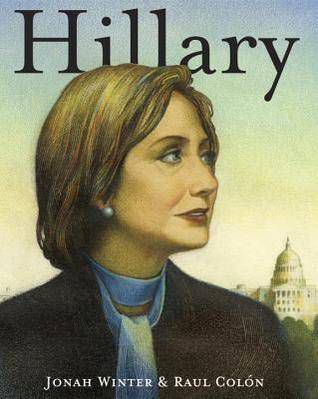 Told through beautiful mixed media illustrations, the first pages of this book compare Hillary to three legendary women from history: Elizabeth I, Joan of Arc, and Rosie the Riveter. The next pages deftly portray her journey from student to lawyer to First Lady to senator and beyond. An author’s note at the end now seems almost more bitter than sweet stating, “By becoming president, she would demonstrate that a girl can grow up to be the most powerful person in the world. That’s the world where I want to live.” Me too, Jonah Winter. Me too.

All of these books present an unceasingly positive and adoring look at Hillary Clinton and her story. If you are looking for a measured, well-rounded history of the presidential candidate than these are probably not for you. However, if you want to celebrate Hillary Clinton and introduce the concept of the changing role of women in government it might be time to add one (or all) of these titles to your bookshelf.