This week’s 3 on a YA theme is sponsored by The Heartbreakers by Ali Novak. 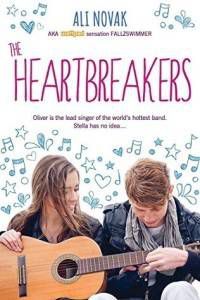 When Stella’s sister Cara is diagnosed with leukemia, Stella puts her dreams on hold to move home and be with her family. With Cara’s birthday approaching, Stella wants to get her the perfect gift—an autographed poster of her sister’s favorite (and Stella’s least favorite) band, The Heartbreakers. But when she meets Oliver Perry, the band’s lead singer, she can’t get him out of her head.

If she gives him a chance, will she resent him for taking her attention away from her sister—or will he help her find the courage to live her own life?

One of my most vivid memories as a teenage girl was loving music. And when there was a decent looking front person — man or woman — leading the band, it was hard not to want to rip out their photo from a magazine or newspaper (these were pre-internet days, mostly) and hang it on the wall.

I can’t say I ever had a rock star crush, but I know so many who did. To me, the rock star life felt too wild and in the spotlight.

Which is, of course, why so many teens love it and why so many great books have been written about teenagers and rock stardom.

Here’s a look at three takes on rock stars in YA fiction. Do you have a favorite rock star themed YA book? I’d love to hear about it in the comments if you do. These fun, fast-paced reads are excellent pick-me-ups.

Oh, and…not all of them are “about” rock stars but rather, the fall out of rock stardom. 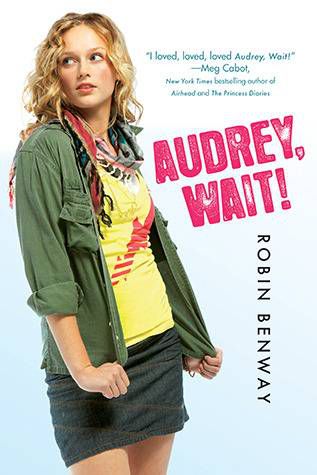 Audrey Cuttler’s life hasn’t been the same since that song, “Audrey, Wait!” hit the airwaves. All she wants to do is go to concerts, hang out with her friends, and maybe score a date with the cute boy who works with her at the Scooper Dooper.

But now, her ex-boyfriend’s song about their breakup is at the top of the charts and she’s suddenly famous! The paparazzi won’t leave her alone, the tabloids are trying to make her into some kind of rock goddess, and the Internet is documenting her every move!

Will Audrey ever be able to have a normal life again? Get ready to find out, because it’s time for Audrey to tell her side of the story. 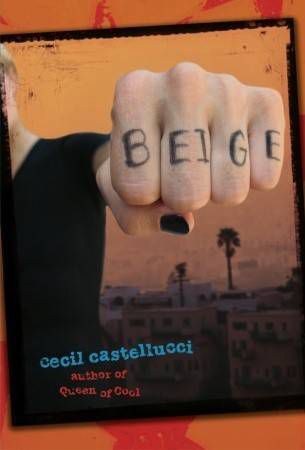 Now that she’s exiled from Canada to sunny Los Angeles, Katy figures she’ll bury her nose in a book and ignore the fact that she’s spending two weeks with her father — punk name: the Rat — a recovered addict and drummer for the famously infamous band Suck. Even though Katy doesn’t want to be there, even though she feels abandoned by her mom, even though the Rat’s place is a mess and he’s not like anything she’d call a father, Katy won’t make a fuss. After all, she is a nice girl, a girl who is quiet and polite, a girl who smiles, a girl who is, well, beige. Or is she? 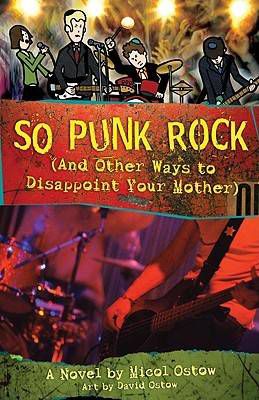 So Punk Rock (And Other Ways to Disappoint Your Mother) by Micol Ostow, with art by David Ostow

Despite his dreams of hipster rock glory, Ari Abramson’s band, the Tribe, is more white bread than indie-cred. Made up of four suburban teens from a wealthy Jewish school, their Motley Crue is about as hardcore as SAT prep and scripture studies.

But after a one-song gig at a friend’s Bar Mitzvah–a ska cover of “Hava Nagilah”–the Tribe’s popularity erupts overnight. Now, Ari is forced to navigate a minefield of inflated egos, misplaced romance, and the shallowness of indie-rock elitism. It’s a hard lesson in the complex art of playing it cool.