This guest post about nature books by women is from Gretchen Lida. Gretchen is an essayist and an equestrian. Her work has appeared in The Washington Post, Brevity, The Rumpus, The Washington Independent Review of Books, and many others. She teaches composition in Illinois, lives in Wisconsin, sometimes lives on Nantucket Island and is still a Colorado Native. She is working on her first collection, Beware the Horse Girls: Essays for the Awkward Equestrian.

“Why are there only nature books by old white guys?” My brother asked.

I wanted to slap him.

Now, this wasn’t fair. My brother is awesome; he is reader, a hard worker, a pragmatic badass, you name it. It could even be argued that he fits the ethos of environmentalism better than I do. He has climbed mountains in Chile and kayaked in Puget Sound. He also works in the summers as a wildland firefighter, his clothes reeking of smoke from California, Washington, Wyoming, and Utah.

I haven’t climbed a mountain or backpacked in years. Instead, I keep a list of the birds I see on a glossy piece of rainbow paper in my kitchen. I take walks along Lake Michigan watching for beach glass. My heart leaps at the sight of Sandhill Cranes. Then I read everything I can get my hands on about our relationship with the natural world.

It also makes sense that my brother’s nature reading has been an exclusive  boys’ club; much of mine has been, too.  A student of natural criticism must start with Emerson and Thoreau, then go on to John Muir and Jack London. After that, our teachers have us chase the closing of the frontier down with the sharp tonics of Aldo Leopold, and Edward Abbey. I love these authors, but the list feels a lot like going fishing in the harbor near my house: dudes, dudes, and more dudes.

Women, too, have a heritage of nature writing. Many of us start reading the stories by Laura Ingalls Wilder, all though we seldom categorize it as nature writing. It’s also fun to uncover that Sarah Orne Jewett described the small wildness she found in Maine in County of the Pointed Firs in 1896.

From there, the environmental boys’ club is rocked by Rachel Carson whose plea against DDT, Silent Spring, is still considered one of the most influential books of the environmental movement. Then there is Annie Dillard, whose imagery and heavy philosophic lifting would make Thoreau proud. Now, Amy Leach, Florence Williams, Hope Jahren, Pam Houston, and many others follow down the green path of environmental writing.

So yes, little brother, there are lots of nature books by women, and here are three books to start with. 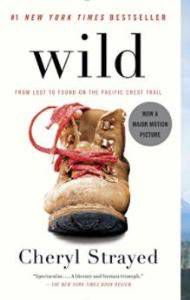 Wild: from Lost to Found on the Pacific Crest Trail by Cheryl Strayed

An Oprah Book Club book might appear an odd choice for a brother who fights wildfires, but man, Strayed can write. I also want my brother to understand that the reason there are fewer women out alone in the woods is all the crap we must take with us.

It would be great if women could just set up shop in the Outer Most House like Henry Beston. Instead, we must carry around the anxiety of the world. To be allowed to go into the woods and give up our day jobs, women must playact the rest of society; we must go with the intention of “bettering ourselves.” We must go in and expect to lose weight, to gain weight, to beat addiction, to confront demons. The reason Strayed’s pack is so heavy isn’t just because she sucked at packing, but also because she was toppling over from cultural baggage.

Along with Strayed’s ingenious use of duct tape, there is another lesson I want my brother to take with him as he reads this book: Girls are told we sign away our safety when we walk into the woods. The big bad wolf is the men we are told may meet along the trail, the kind of men that make us fear not having cell reception or witnesses.

This fear walks along the timberline of truth. The chance bad things will happen to women out on a trail is slim. The times something does happen, and we are blamed for being alone. Strayed has one scene of an “almost” encounter. Since I first read the book three years  go, I can still feel my body react and a whisper, “Safety is fake.” 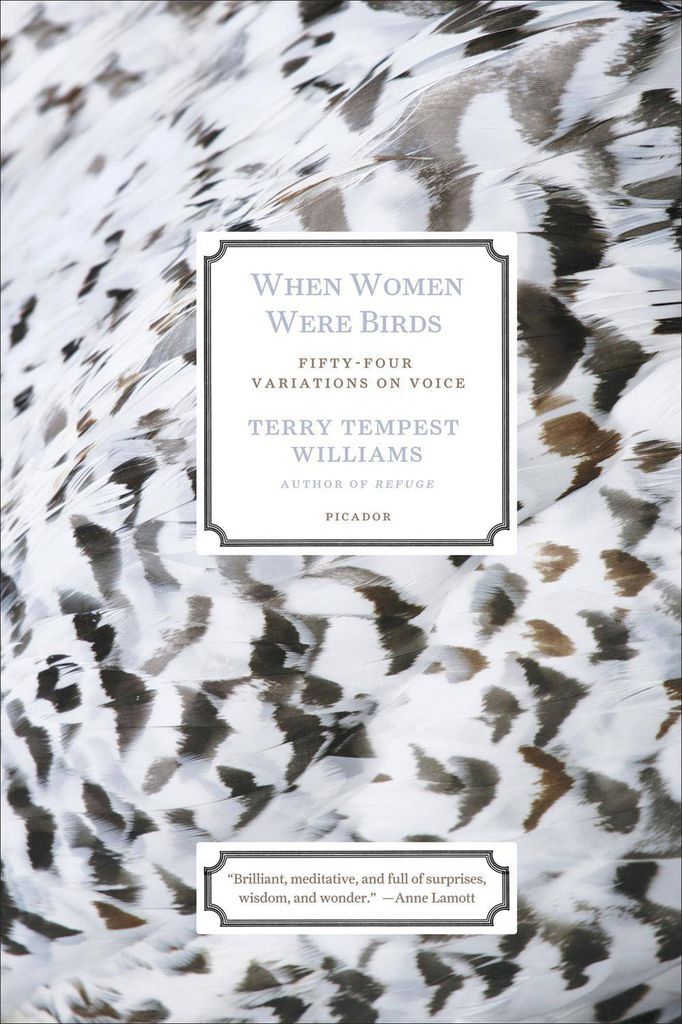 Yes, Williams can capture the grand natural places of the world with unparalleled sophistication and clarity. Her ability to make her readers understand that family and home are just as much part of the natural ecosystem as waterfalls and lichen is the reason I want my brother to read her.

From this book, I learned that my obsession with sunrises over the lake waves is just as valuable to the environmental narrative as a trip up K2. When Women Were Birds is a memoir that tells the story of Williams’s journey from young Mormon growing up in Salt Lake to one of the most influential environmental writers of the last 20 years. She essays on how her mother and family helped her understand the value of wild places.

Reading it the second time, I couldn’t help but be grateful that my parents and grandparents pointed fingers showing us alpine forget-me-nots, and bighorn sheep. From this book, I want my brother to remember that his life in the wild nowhere is deeply connected to mine even if my wilderness doesn’t look the same as his. 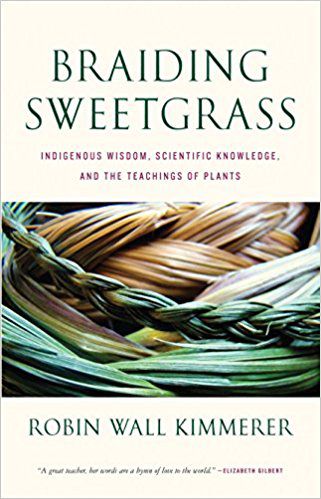 Robin Wall Kimmerer made reading about plant biology a bittersweet pleasure instead of something you nap through. In Braiding Sweetgrass, Kimmerer combines her training as a plant ecologist with her outstanding skills as a writer. She is also a member of the Potawatomi Nation and describes her culture’s ideas about the natural world in a way that this both scientific and compelling. She teaches the reader about the penultimate virtue of gratitude. Kimmerer also has many good stories to tell.

Mostly, I want this last book to connect my brother and me. I, the writer; he, the scientist. When he reads Kimmerer’s words, I want to know if she described the science with the accuracy my untrained eye thinks she has. I want him to ask me about how storytelling can save the wild world we both care so much about.

Since I first drafted this list a year ago, my brother has changed. This year, he left a copy of Silent Spring for me under the Christmas Tree. “It was good,” he told me with a smile and he reminded me that often our ideas can germinate long after we plant them. Now I imagine him with these three books, two of them in his pack, his fire boots smelling of smoke, and the third on his lap beneath his callused fingers.

Want even more books about nature? We’ve got 100 of them here.