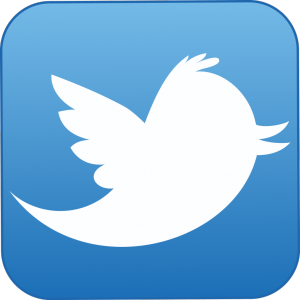 This is a guest post from Camila Domonoske. Camila is an editor and producer at NPR. Her writing on literature, culture, politics and history has appeared on NPR, The Washington Independent Review of Books, The New Republic and The Nation. You can find her thoughts about poetry, bikes, baking and cat videos on Twitter @camilareads and tumblr (camilashares.tumblr.com).

Recently, two twitter accounts showed everybody what it’s like to play the long game. The really, really long game. In a Rocky Horror Picture Show reference five years in the making. @DrFNFurter tweeted, on May 8 2009, “I see you shiver in anti…”

And @jpbimmer, a pretty ordinary-looking account, just happens to post at an excruciatingly slow rate. He finally figured out hashtags.

Those feats of patience made me think about twitter fiction. So much of it happens in brief bursts. Remember Jennifer Egan’s Black Box? It lasted ten days. Teju Cole’s retweet story and Elliot Holt’s 2012 mystery were over in a manner of hours. And the annual Twitter Fiction Festival, which Holt’s story was a part of, is pretty much entirely dedicated to this kind of short-term, high-volume twitter writing. (Twiting?)

But forget those flashy, short-lived affairs. In the spirit of @DrFNFurter and @jpbimmer, here are a few of Twitter’s best slow-burning writing projects.

Last November, Philip Pullman observed that a fly in his house seemed to have rather cultured habits. “He leaves our food alone but sits on my shoulder to read the Oxford Times,” Pullman tweeted. He named the fly Jeffrey.

Over the next few days, he tweeted updates on Jeffrey’s reading habits, and the perils of spiders and frying pans for small flying insects.

Then things took a turn for the truly bizarre. On November 22nd, Pullman tweeted, “A ladybird asleep on the kitchen window – Jeffrey had never seen such glamour. Should he wake her up? And would she – could they …” It was the start of a romance between Jeffrey and the ladybug, Polka. The romance turned nourish as Jeffrey’s life went downhill (dung addiction). There were musical interludes. There were battles. It took on the guise of a spy novel

The story came gradually, no more than a few tweets a day, for months. It was wonderful, and it was weird.

After a hiatus, the fly’s story picked back up in a quick flurry of tweets on May 26th. If you’re interested in Jeffrey’s future adventures, keep an eye on Pullman’s timeline.

2. Poldo and Pinter, by Antoine Wilson and Daniel Alarcon

Antoine Wilson and Daniel Alarcon are both award-winning literary novelists. Alarcon is also a journalist, and has an awesome podcast. Wilson is also a surfer, who runs one of my favorite tumblrs ever, Slow Paparazzo. And they’re friends!

I don’t know this because I’m friends with either of them. I’m not. What I am is an accomplished twitter stalker. And as a result of my twitter-stalking, I can report that they’re the co-authors of the tale of an unfinished film, an inheritance and some very greedy children.

They’ve been composing the story, in alternating tweets, for over a year. And they don’t just switch off sentences — they end mid-word, forcing one to finish the other’s thought. Sometimes they share a vision. Sometimes they struggle with each other. Last November, Wilson sent a tweet that ended “…Pinter being the type that was magnanimous only on his own terms. But how to get them to shed their pet “

But Alarcon didn’t pick up the “pet” bait. No ‘prejudices’ or ‘preferences’ for him. Instead, he tweeted: “hanol, their diantin, their collective and carefully cultivated opiate haze?” Tricky, tricky.

The Lover’s Dictionary was a 2011 novel by David Levithan, telling the story of a relationship in the form of, well, a dictionary. It’s also a twitter account that Levithan has been running since December 2010, with original definitions. The tweets range from touching to heart-breaking, and they’re both self-contained and part of a larger story.

danger, n.:  I want to peel back the warning labels and find you underneath.

Did I mention that he’s been posting more or less daily since 2010!?! He’s working in alphabetical order, starting with “abide.” He’s up to “illuminate,” and he shows no sign of stopping. It’s a long way ’til Z, and I am psyched.