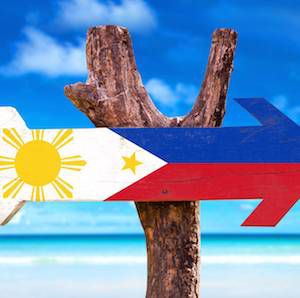 I’ve always had a weakness for folk/fairytales and legends, but like many Filipino kids living in the diaspora, the ones I know by heart are Western. Paul Bunyan, “The Little Mermaid,” even “Chicken Little”–I can rattle them off with ease. How could I not, when they’ve been told and retold so often in almost every kind of mainstream media?

Learning about Filipino folk tales and legends took a little bit more effort and time. But as the young adult genre begins to explore childhood stories outside the United States and Europe, I’d like to put forth some of my own favourite yarns as candidates for YA retellings.

One of the first stories I ever read was an account of Maria(ng) Makiling, or Maria of Mount Makiling. Depending on who you ask, Maria can be either a fairy or forest nymph, and she makes her home on Mount Makiling in the province of Laguna. There are many legends about Maria, but my younger, more romantic self fell hard for “The Three Suitors.” Set during the Spanish occupation (1521-1898), this particular story details how three men fell in love with Maria, and tried to win her heart. Captain Lara was a charming Spanish soldier, Joselito was a mestizo (half-Spanish, half-Filipino) student, and Juan was a diligent Filipino farmer. Despite Lara and Joselito’s efforts, Maria grew to love Juan best, as she admired his devotion to his work.

After they learned of Maria’s choice, Lara and Joselito conspired to punish Juan, and a fire broke out in the Spanish camp. Juan was among those captured to weed out the “culprit,” and he was blamed and executed. He called out Maria’s name with his last breath, but no magic could stop his death. Maria cursed Lara and Joselito for their bitterness, fleeing back to the mountain, and she was never seen again.

It’s the kind of story that gave rise to endless daydreams in high school, and I’ll admit to having tried to write a retelling of “The Three Suitors” myself. Even without the supernatural aspect, Maria Makiling’s story could be a great way to introduce readers to Philippine history and the power dynamics that have shaped the country since the 1500s.

Should your interest be more mythical in nature, “The Necklace and the Comb” might be a little more your style. As the legend goes, the sky was once low enough to touch with one’s hand, to part the clouds with a brush of one’s fingers. A beautiful young woman named Inday was husking rice one day, her mortar and pestle pounding away at the grains. Her parents had given her jewelry to complement her beauty, and she had hung her comb and necklace on a cloud to keep them safe as she worked. The movements of the mortar and pestle pushed against the cloud, and without her noticing, her comb had become the moon in the sky, and her necklace’s beads the stars.

When I remember this story, I can’t help but imagine a YA novel where the moon and stars disappear one day, and a Filipina teen remembers her own mother telling her this legend, and she wonders–but no, it can’t possibly be–but really–could Inday be a real person who finally managed to get her jewelry back from the sky? There are so many possibilities for a retelling of this myth, from humour to romance to paranormal, and I would read every single one of them.

In a similar vein, “The Girl Who Turned Into a Fish” is a legend that may have been meant as a cautionary tale, warning girls against vanity and pride, but in the hands of a capable writer, it has the potential to be a striking commentary on sexism and the male gaze. The titular character is beauty incarnate, if the story is to believed–she is so gorgeous that her parents keep her from doing any work around the house, and she subsequently becomes so vain that she spends her time admiring her reflection in the river.

On one such occasion, the king of the crabs approaches her from the water and is instantly rebuffed. He lashes out, scratching the girl’s face and cursing her to become a fish for the rest of her life. The severity of the crab king’s reaction made a very harsh impression on teenage me when I first read this story, and I remember thinking that he wasn’t exactly entitled to her attention, her vanity nonwithstanding. A YA novel might be able to delve into those expectations we pile on girls, especially since we know nothing else about the main character besides her vanity. Was it something her parents encouraged? What kind of person was she beyond that? Is it not possible for a girl to be both beautiful and useful, and how does our treatment of her change when she feels she has to choose one over the other?

As much as I love retellings of stories from around the world, and how we’ve slowly expanded as a book community to include them, I do find myself wishing we’d reach a little farther. These are just three of the stories that I’ve loved as I’ve come to terms with the Filipino part of my identity–it’s my hope teens today won’t have to wait much longer to see them on a bookshelf.