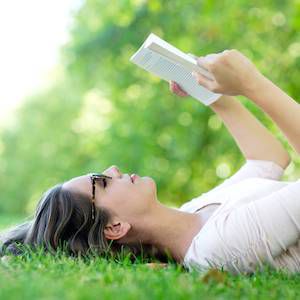 Summer is upon us yet again and so it’s time to pick the books we take with us on vacation. During the summer my family and I travel with a group of other, like-minded families (you know; kids the same age and a fairly laid-back attitude towards life in general).

Here they are, three books so hard to put down that they may just ruin your summer vacation.

1. Zone One by Colson Whitehead

Zone One is a zombie book, though in this case there is more focus on the character than any actual zombies. It tells the story of Mark Spitz as he works with the army clearing New York City, now “Zone One”, of zombies so it can be safe for humans again. They go house-to-house and kill any zombies they find, including the ones that, oddly, no longer move at all. We get glimpses into Mark’s past and see how he survived the apocalypse and joined the sweepers. The focus of the book really is on Mark, and not the violence, and it makes for great immersive reading.

Why so hard to put down? A mix of Whitehead’s prose and our need to know what happens next (and the question I think most people ask as they read zombie novels: “How would I manage in the zombie apocalypse?”).

Best part? The prose. Zombie novels are not known for the most well-crafted sentences, but Zone One is very well written. I want to say “genre-transcending”, but I won’t.

2. The Shining Girls by Lauren Beukes

A killer named Harper finds his way into a house, only to discover that he can exit it at various times (meaning time-travel, not just morning, noon or evening). He uses the house’s special quality to kill women that “shine” to him, and because he travels in time, the police have no idea who he is. He finds the women when they are young, gives them an item and then collects this item when he visits them again as adults (and kills them).  But then he messes up; he attacks but doesn’t manage to kill Kirby, a girl who now wants to capture this strange man.

Why so hard to put down? Harper is a truly vile man, and we can’t wait for the police to stop him. Kirby is an inventive and single-minded girl and we need  to know if she manages to do what the police can’t. Also, time-traveling house.

Best part? The jumps in time make for great era-specific reading, and the chapters featuring Harper are tense. Also: is Kirby going to discover his secret? Will she confront him? *turns page*

3. The Lies of Locke Lamora by Scott Lynch

I just finished this. Of the three, I’d say this was the one I read the fastest. It tells the story of clever thief/con man Locke Lamora who, along with his gang called The Gentlemen Bastards, rob the rich of the city of Camorr. One day he gets a visit from a man who wants him to do one simple thing for him, but of course things never go as planned. There is mystery, swordfighting and a lot of very clever lies. It’s a sort of Ocean’s Eleven/Sopranos mix-up that takes place in a fantasy setting. Great stuff.

Why so hard to put down? We just can’t get enough of the Gentlemen Bastards and their antics. They are clever and witty and seem to court danger as if they knew they were entertaining readers.

Best part? Every single time Locke speaks. Lucky for us, Locke is a talker.