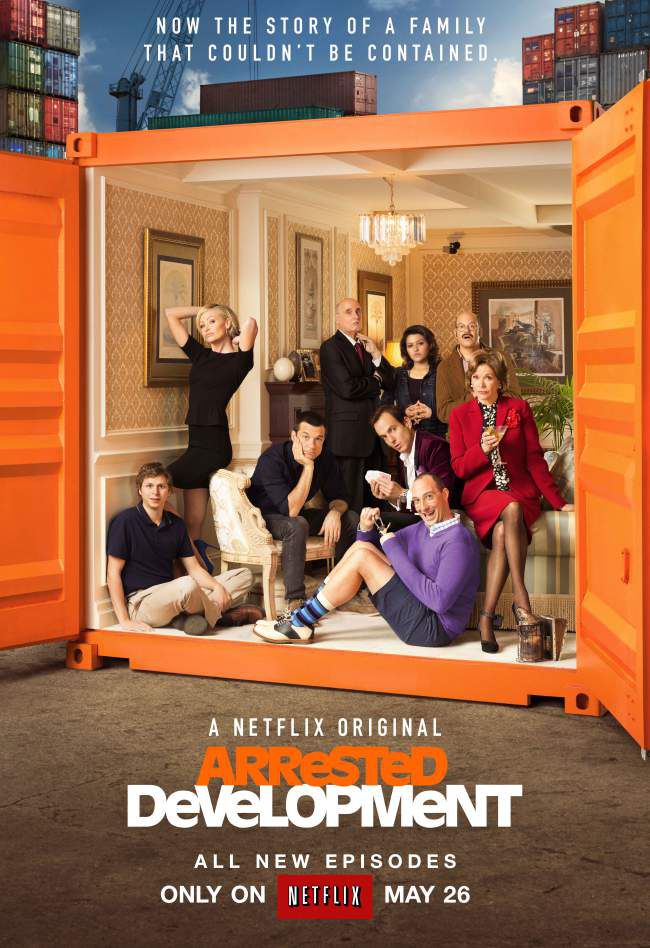 You may have heard: Arrested Development is coming back. Seven years after being canceled by Fox (when it got lower ratings than Pamela Anderson’s sitcom, Stacked), the show has been revived by Netflix. Fans are, consequently, all

via GIPHY
—and who can blame them? It’s been nearly a decade since campaigns to save the critically-acclaimed show failed and several years since efforts to bring it back seemed doomed. But here it is, returning like a hilarious zombie.

Given this level of flailing anticipation, I expect (like Netflix must) that most viewers will binge-watch the new episodes, which are being released simultaneously this Sunday. But at some point, you might want to come up for air, at least to prolong the viewing experience. (The new season will, after all, only be 8.5 hours long.) So here are some recommendations for books to read before, during, or after your headlong rush into the land of Bluth.

A note: I could have recommended Rashomon and Other Stories, since each new episode will tell the season’s story from the perspective of a particular character. Or I could have suggested any number of dysfunctional-family novels. But I kept it to nonfiction, in hopes of giving your brain a more thorough break from what promises to be non-stop, fantastic insanity. 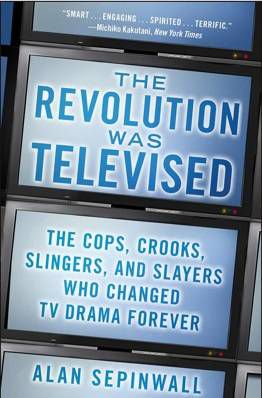 The Revolution Was Televised by Alan Sepinwall

Low-rated and icorrigibly weird, Arrested Development nevertheless had an outsized impact on our culture. Indeed, I don’t think it would be an exaggeration to say that the show transformed television comedy forever. For better (complex, long-form comedic narrative) and worse (pervasive, self-referential irony), Arrested Development‘s rise and crack-up provided the specs and spare parts out of which so many great comedies have since been built. It’s hard to imagine, for example, 30 Rock, Community, or Parks & Recreation without the Bluths. Alongside this Bluth-prompted shift in TV comedy was another television transformation: the rise of  thoughtful, creative, character-driven, complex, and blessedly-not-procedural drama. Sepinwall’s The Revolution Was Televised, newly in paperback, offers readings of some of the shows that changed the dramatic landscape: The Wire, Buffy the Vampire Slayer (yes!), The Sopranos, Friday Night Lights, and more. One of our sharpest, most interesting television critics (today a large and hugely rich fraternity, thanks in part to the effects of Arrested Development), Sepinwall has written a book that may help us understand Arrested Development  in the larger context of its medium—not to mention it offers a great to-watch list for when you finish the new season. And perhaps we can pitch some combination of the two worlds to Netflix. Who’s up for Buffy moving from Sunnydale to Sudden Valley? Crossover hijinks ahoy! 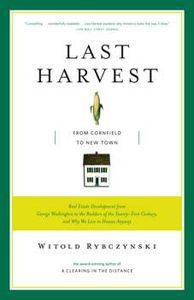 Aired in the midst of the housing bubble that inflated, deformed, and then popped so dramatically in the first decade of this century,the early seasons of Arrested Development told a story of a weird-ass family, yes, but also a story of houses and hopes. From the family’s shoddy model home to George Sr.’s light treason to the epically, awesomely weird scene in which a giant mole and a rocket-man fight in a miniature housing development, this was a show for which the grand artifice of the McMansion was a defining aesthetic. But to understand how housing developments actually happen—how you go from land (which we should make more of!) to houses—Arrested Development probably isn’t your best source of information. If you’re curious how a development like Sudden Valley would get built if a company not run by incompetent Bluths was in charge, this is the book for you. With enjoyable prose and  fascinating detail, renowned architecture Rybczynski digs deep into the specific processes by which a cornfield turned into New Daleville and reflects on the complicated role of housing in American life. This surprising, and surprisingly optimistic, book is definitely worth a read, offering conclusions far less dire than the disastrous developments of Arrested Development might suggest. 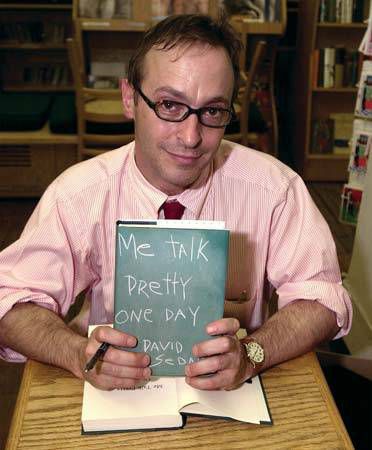 When you’ve finally run out of new episodes, why not trade one iconically quirky family for another? As Arrested Development is adept at television humor born of the awkward juxtapositions and uneasy alliances that family requires, Sedaris is its king in printed form. Extended conceits, freaky wordplay, unexpected sexual attraction, a surfeit of strange siblings—Sedaris uses familiar tropes and topics in ways that will smooth your transition out of the world of Bluths and back into the world of your everyday obligations. (Surely no one can expect you to go to work while you still have Arrested Development episodes to watch, right?) Sedaris also offers a counterbalance to one of the things that makes the earlier seasons of Arrested Development somewhat strange to watch today: the troubling, and troublingly constant, gay jokes. In the first three seasons, more than half the jokes about Tobias or Barry Zuckerkorn, a chunk of the jokes about George Michael, and side-plots with numerous bit characters (receptionists, Hot Cops, etc.) depend on the humor supposedly inherent in the fact that someone might be gay or fail to sufficiently perform heterosexual masculinity. It’s deeply weird, and we can hope the new season avoids it. If not, Sedaris lets you move to jokes by LGBT/queer people rather than jokes at their expense—always a good move. In other news, just look at the picture: doesn’t Sedaris look more than a little like Buster Bluth? Awesome.