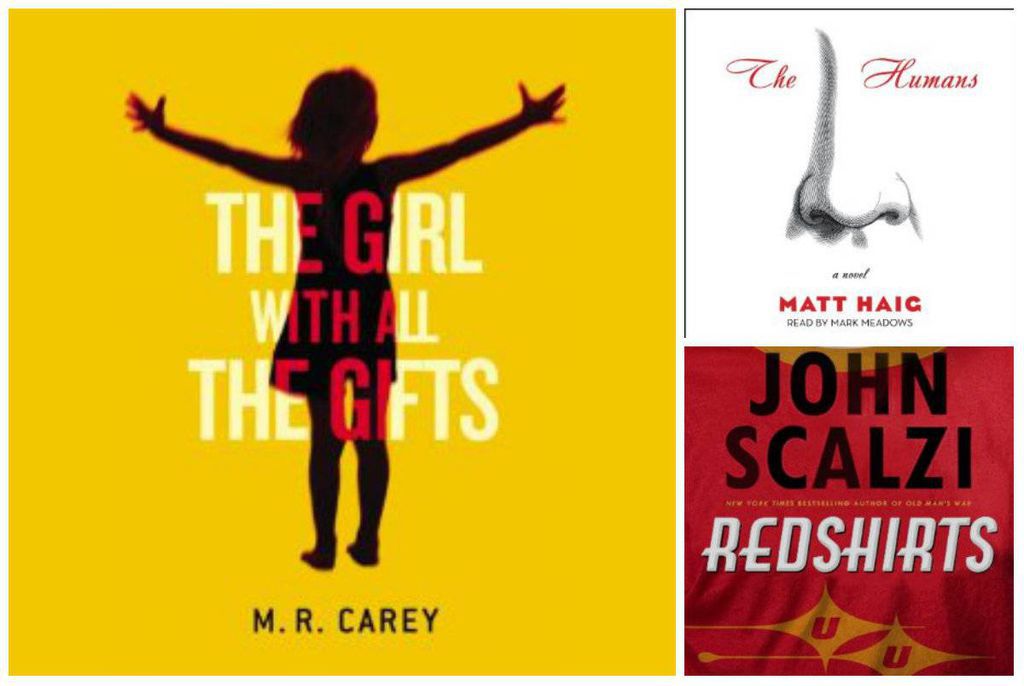 Maybe it would be more accurate to say that these audiobooks are about characters that aren’t exactly human. Not in a literal sense, anyway. Figuratively speaking, they are a lot of ways in which they are more human than any of us.

Melanie is not a typical little girl. She’s smart as a whip. She is fiercely loyal to those who have shown her kindness, like her favorite teacher, Miss Justineau. She is also intimidating enough that she is strapped to a wheelchair at gunpoint every morning before going to class. Grown men fear her, and she doesn’t know why. Not at first. Soon, she comes to understand better than anyone does, and she takes control of the situation.

I haven’t always liked the work of this narrator, but I LOVED her work on this book. She was perfectly cast, and I can’t imagine experiencing the book in any other way. There will be no print re-read. It’s audio all the way.

My first impression of this book, my first listen upon returning to the world of the commuter, was that it was more than a little odd. It’s about an alien who has taken the form of a human who made a mathematical breakthrough that the universe wasn’t ready for man to make. He’s there to eliminate anyone who may have knowledge that this breakthrough has taken place. He begins to doubt that such extreme measures are necessary, however. That’s when the questioning begins.

The narrator reminded me, vaguely, of Neil Gaiman. As it progressed, so did the story. It was quirky, fun, insightful, dark, and very British. It’s endearing. And it’s smart. Especially if you’re a math geek. I almost wish that I had gotten further along in my mathematical studies. Almost.

If you’re a Trekkie, you know that redshirts are those guys who are most likely to die on away missions. They are background characters. We rarely know anything about them other than what we see for a few minutes every few episodes. As far as we know, they’re sitting somewhere just off screen, off the set, waiting for their cue to enter and press a bunch of buttons on a fake computer terminal. That’s what we, the viewers, see. There’s more to it. At least, there is in the case of the Universal Union Capital Ship Intrepid. Their lives don’t end when the screen goes dark. They aren’t just characters on a show. They are real, and they will do anything they can to protect their existence.

Wil Wheaton is often tapped to narrate John Scalzi novels, but it is an especially fitting given his role as Wesley Crusher on Star Trek: TNG.  He knows the business of driving television space ships inside and out. It makes sense that he’d be the one to tell the story of Andrew Dahl and his shipmates.