This Riot Recommendation is sponsored by The Waking Land by Callie Bates. Learn more about the book here. 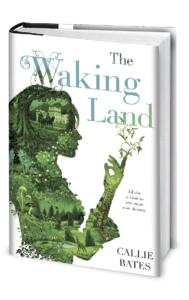 In the lush and magical tradition of Naomi Novik’s Uprooted comes this riveting debut from brilliant young writer Callie Bates—whose imagination places her among the finest authors of fantasy fiction, including Sarah J. Maas and Sabaa Tahir.

Lady Elanna is fiercely devoted to the king who raised her like a daughter. But when he dies under mysterious circumstances, Elanna is accused of his murder—and must flee for her life.

Returning to the homeland she has forsaken, Elanna is forced to reckon with her estranged father. Feeling a strange, deep connection to the natural world, she also must face the truth about the powers that suddenly stir within her.

Alright, Prince Charming, you go do you, but let the princesses save the kingdom. They got this. I will never stop loving princess tales, especially when said princess is here for the battle. We asked you to tell us your favorite books where the princess is the hero and you responded. Here are more than 25 of your favorites!

The Seer and the Sword by Victoria Hanley

The Girl of Fire and Thorns by Rae Carson

The Kiss of Deception by Mary E. Pearson

The Two Princesses of Bamarre by Gail Carson Levine

The Princesses of Westfalin Trilogy by Jessica Day George

The Goose Girl by Shannon Hale

Her Mother’s Daughter by Julianne Lee

The Kings Equal by Katherine Paterson

The Princess Knight by Cornelia Funke