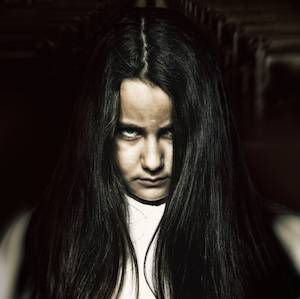 This giveaway is sponsored by Lacy Eye by Jessica Treadway. 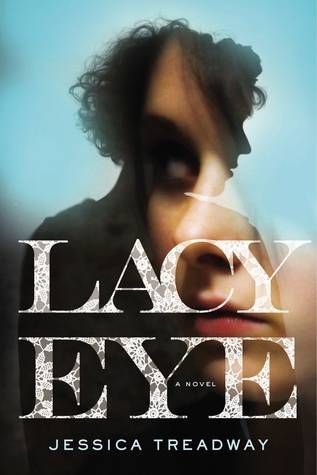 Hanna and Joe send their awkward daughter Dawn off to college hoping that she will finally “come into her own.” When she brings her new boyfriend, Rud, to her sister’s wedding, her parents try to suppress their troubling impressions of him for Dawn’s sake. Not long after, Hanna and Joe suffer a savage attack at home, resulting in Joe’s death and Hanna’s severe injury and memory loss.

Rud is convicted of the crime, and the community speculates that Dawn may also have been involved. When Rud wins an appeal and Dawn returns to live in the family home, Hanna resolves to recall that traumatic night so she can testify in the retrial, exonerate her daughter, and keep her husband’s murderer in jail. But as those memories resurface, Hanna faces the question of whether she knows her own daughter—and whether she ever did.

“Bad seed” characters are fascinating. They’re born bad, and nothing a parent can do can fix it. What’s worse, the parents sometimes don’t even know. Is there anything creepier than a child with an adult-sized intellect and tendency to harm others?

Arturo the Aquaboy in Geek Love by Katherine Dunn

Behemoth in The Master and Margarita by Mikhail Bulgakov

Cathy Ames in East of Eden by John Steinbeck

Damien from The Omen by David Seltzer

Frank from The Wasp Factory by Iain Banks

Gretchen Lowell from the “Heartsick” series by Chelsea Cain

Holland and Niles Perry from The Other by Thomas Tryon

Howard Roark from The Fountainhead by Ayn Rand

Kevin in We Need to Talk About Kevin by Lionel Shriver

Mordred from The Dark Tower by Stephen King

Ramsay Bolton from the Game of Thrones series by George R. R. Martin

Rhoda Penmark from The Bad Seed by William March

Rosalind Devlin from In The Woods by Tana French