This Riot Recommendation is sponsored by After Anna by Alex Lake. 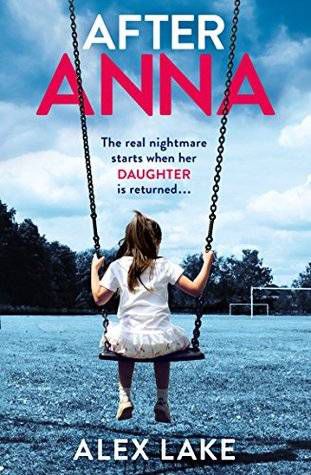 A girl is missing. Five years old, taken from outside her school. She has vanished, traceless. The police are at a loss; her parents are beyond grief. Their daughter is lost forever, perhaps dead, perhaps enslaved. But the biggest mystery is yet to come: one week after she was abducted, their daughter is returned. She has no memory of where she has been. And this, for her mother, is just the beginning of the nightmare. In the tradition of The Girl on a Train and What She Knew, After Anna, the #1 ebook bestseller in the UK and a USA Today bestseller, is a bone-chilling psychological thriller, now in print for the first time.

We asked you to share your favorite missing person mysteries, and you responded.

Dig into these 23 titles to discover: what happened?

All The Missing Girls by Megan Miranda

The Couple Next Door by Shari Lapeña

Don’t Try to Find Me by Holly Brown

The Girl in The Red Coat by Kate Hamer

The Missing File by Dror Mishani

The Leftovers by Tom Perrotta

The Little Sister by Raymond Chandler

The Lost Girls by Heather Young