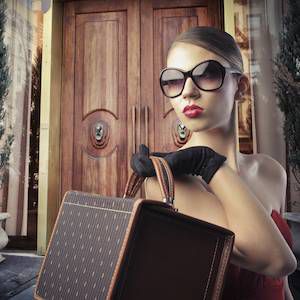 This Riot Recommendation is sponsored by Very Twisted Things by Ilsa Madden-Mills, a standalone novel in the New Adult Romance Briarcrest Academy series. 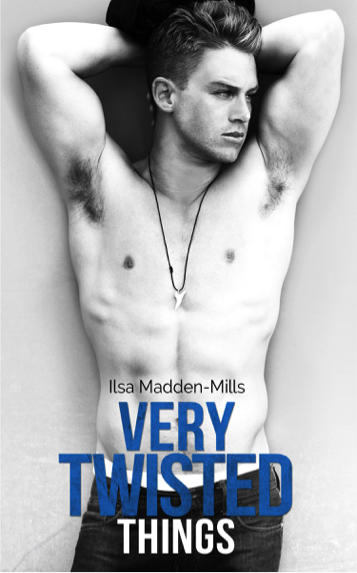 Vital Rejects front guy Sebastian Tate never imagined his YouTube music video would go viral, sky-rocketing him to acting success in Hollywood. Okay, maybe he did. After all, he’s a cocky dude who knows he’s hot-as-hell, and it was only a matter of time before his stars aligned.

But life in Tinseltown is never what it seems.

Twenty-year-old Violet St. Lyons is a world-renowned violinist who’s lost her mojo on stage. She hides away in a Hollywood mansion, trying to find her way through her twisted past in order to make her future.

He’s the life of the party with girls chasing him down for his autograph. She’s the introvert with a potty mouth who doesn’t even know who he is. When they meet, stars collide, sparks fly, and clothes come off. Yet, giving his heart to a girl isn’t Sebastian’s plan; falling for a guy who craves attention isn’t Violet’s.

They have money, distracted parents, and a sense of entitlement the size of the Titanic: it’s a sure-fire formula for excellent novelized shenanigans. Whether they’re committing felonies on crusty New England school grounds (hello, The Secret History), hiding secrets from each other and everyone they know (Pretty Little Liars, anyone?), or engaging in other activities that would make their parents break out in hives, we wanted to know what your favorite books about rich kids misbehaving were and you answered.

Here’s a round-up of 23 of your favorite badly behaving rich kids. Prepare to (love to) hate ’em:

Bringing Down the House by Ben Mezrich

The Conspiracy of Us by Maggie Hall

The Disreputable History of Frankie Landau Banks by E. Lockhart

The Ivy by Lauren Kunze

The Luxe series by Anna Godbersen