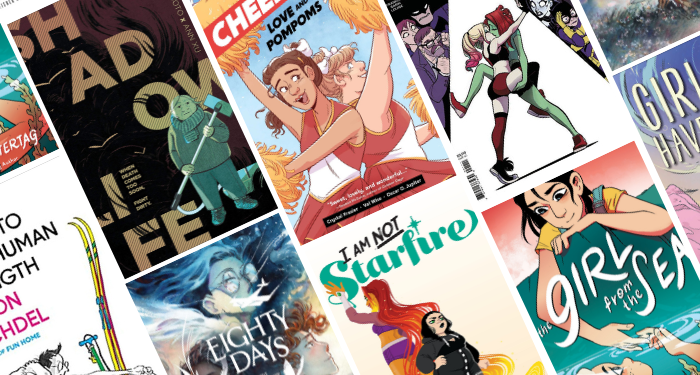 GLAAD is an organization that monitors media portrayal of LGBTQ people, calling out defamation and uplifting “fair, accurate and inclusive representation.” Each year, they hold the GLAAD Media Awards to recognize media that includes this kind of representation. While they’re most well known for their work with TV and movies, they also have awards for comics and graphic novels.

Here are the 2022 nominees for comics and original graphic novels.

There are also some TV shows and movies nominated that are inspired by books or authors, including Dickinson, The Fear Street Trilogy, Station Eleven, The Baby-Sitters Club, and Love, Victor.

They also nominated All Boys Aren’t Blue by George M. Johnson under Special Recognition for a filmed reading and performance.

Check out the nominees in all categories at GLAAD.